As I explained three weeks ago, mentioning that Jeffrey Wright‘s character smokes a pipe in a review of Source Code, however sloppy and unfortunate, is not a whackable offense. It’s certainly something that now-former Movieline critic Elvis Mitchell, whose firing was announced last evening by Nikki Finke, could have finessed with one hand tied behind his back. 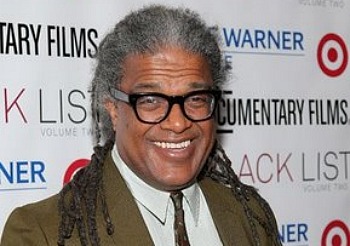 My guess is that Elvis didn’t respond to his employer (MMC’s Jay Penske) quickly enough with a reasonable-sounding explanation, or perhaps he doesn’t respond with any details at all. Because impersonating a black hole when it comes to responding to emails and phone calls is definitely what Mitchell does.

The “tell” is in this passage in Nikki Finke‘s story (which posted last night at 5:27 pm Pacific), to wit: “After the director’s tweet was brought to Movieline‘s attention, I questioned an editor there who emailed, ‘We’ve indeed been working hard for a week to ascertain exactly what happened…'”

Who works hard for a week to figure out an issue like this? You call or text and the employee responds…simple. Movieline editor: “So Elvis, what happened here?” Mitchell: “I don’t know. Fatigue or something. I read the script a while back and somehow the pipe-smoking thing found its way into my head. It happens. The brain does this on occasion. No biggie. I’ll write an apology and an explanation.” Movieline editor: “Cool.”

“When Movieline asked for a formal explanation,” Finke reports, “Mitchell told editors that he was at the screening and that it was all a misunderstanding and that he would provide a written explanation.” Except he apparently didn’t.

I wrote Mitchell this morning with the following message: “Can you PLEASE explain what the fuck happened with Movieline? I’m trying to write this up and the Jeffrey Wright pipe-smoking thing just ISN’T A FIRING OFFENSE. So what happened? Did they try to reach you and discuss this and you blew them off? This was an easily finessable thing.” And of course, no response.

Mitchell responded once to me via email when he left the NY Times film critic gig, or so I recall…but that was the exception. And you’d think he’d at least keep in touch with guys like me because he just keeps blowing, or blowing off, exceptionally cool gigs. The recent Roger Ebert movie-review co-hosting TV thing…phffft. That minority-filmmaker-scouting gig in Manhattan for Sony — a totally cushy job that he reportedly torpedoed by not showing up at the office. A director of development job at Paramount Pictures…blown. Right now he still has the NPR radio gig hosting “The Treatment” and…I forget what else.

I’m presuming that Mitchell not being quoted in Nikki Finke’s story was because he didn’t reply to her queries. Indiewire‘s Anne Thompson has written a knowledgable assessment. David Poland‘s take on this is worth reading. Roger Moore‘s Orlando Sentinel riff struck me as needlessly mean-spirited.