One Of The Few

The Fighter “is a souped-up indie film about family, drugs and boxing, and probably in that order,” ESPN’s Bill Simmons wrote two weeks ago. The 12.10 piece was called “Sports Movies Continue To Evolve,” and the main point was how common boxing movies have become since the 1976 success of Rocky. Since then we’ve seen an average of one per year. So what’s the big deal with The Fighter? 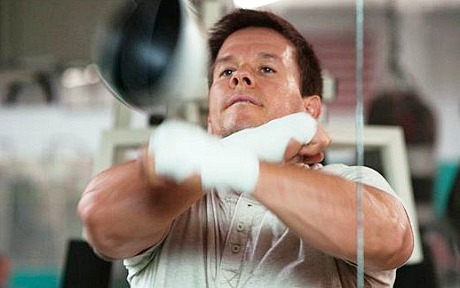 “Your best-case scenario for a boxing flick?,” Simmons asks. “The Million Dollar Baby route — fantastic reviews, multiple award nominations and enough buzz that you churn an unexpected profit as one of the adult choices during holiday season. (Baby had a $30 million budget and grossed $100 million domestically.) If that doesn’t happen, you’re screwed. But much like Baby, the two stars of The Fighter carry the film.

“I especially enjoyed The Fighter‘s unflinching portrayal of Lowell, which could easily be called ‘Deep Massachusetts’ (much like someone would say ‘the Deep South’). And you can’t take your eyes off Christian Bale in any scene. He dropped 30 pounds, crushed the accent, nailed the sparring scenes, managed to be likable and unlikable at the same time, and pulled off the single hardest task as a famous actor: making us feel like we’re watching a character instead of a famous person playing a character.

“With Crowe’s star fading, Bale might be first in the ‘talented actor/difficult perfectionist/hothead who can play everything from a leading man to a barely recognizable indie character’ power rankings.

“As for Mark Wahlberg, we’ve seen him thrive as the “endearing, soft-spoken, lower-class underdog who maintains his dignity and resolve in the bleakest times” character before, but his performance as Ward was good enough that I’m finally ready to forgive him for The Happening.”