I would have gone with Nomadland, The Trial of the Chicago 7 or Sound of Metal. Philly crickets also chose Spike Lee’s Da 5 Bloods as their Best Picture runner-up.

Last year the PFCC handed its Best Picture trophy to Knives Out, so they’re obviously into wearing eccentricity on their sleeve. They went for Roma in 2018 (fine) and the absurdly over-praised Get Out in 2017. 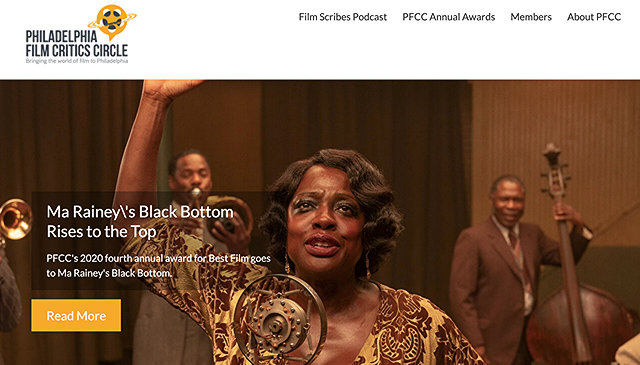