A screenwriter-editor friend “got an email from the Consulate General of Brazil in Los Angeles promoting Brazilian-shot films,” he says, “and I noticed their version of the Fast Five poster includes a small image of that giant Christ the Redeemer statue that stands on a Rio de Janiero mountaintop. But in Fast billboards around LA the Jesus statue has been erased. 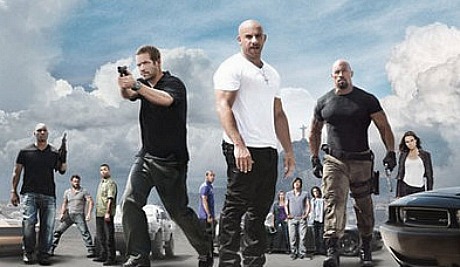 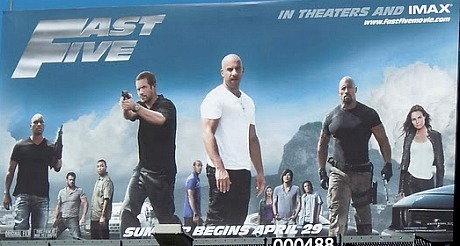 A good portion of Fast Five was shot in Brazil, so it makes sense that the Brazilian billboards would include the Jesus statue, etc. But it’s obviously a very small element in the poster photograph (I didn’t even see it the first time Iooked at it) so why would Universal marketing guys go to the trouble of painting it over? Who cares? Why would it be a negative to indicate to US audiences that it was shot in Rio?