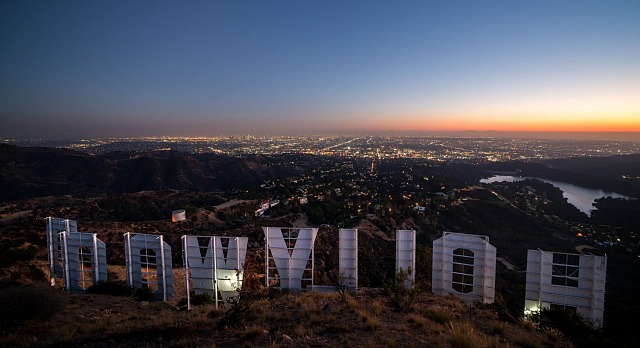 Barnes excerpt #1: “In the 100-year history of Hollywood, rarely if ever has so much upheaval arrived so fast and on so many fronts. For streaming upstarts like Netflix and Amazon Studios, where the cultures are still forming and money is gushing, the disruption is invigorating. But the rest of the entertainment business is filled with a deep unease. It is not just old-guard men moping about the end of their supremacy. It’s mid-level vice presidents at merging companies worried about whether they are about to lose their jobs. It is people initially excited by the Time’s Up insurgency who are concerned about stagnation or even backsliding.”

Barnes excerpt #2: “It has been a little more than a year since Hollywood was rocked by accusations of sexual harassment and worse against the producer Harvey Weinstein. The #MeToo and Time’s Up reckonings have resulted in the ouster of producers (Mr. Weinstein), actors (Kevin Spacey), studio bigwigs (John Lasseter), directors (Brett Ratner) and chief executives (Leslie Moonves). In September, when The Hollywood Reporter published its annual list of the 100 most influential people in movies and TV — a group that usually looks remarkably similar year after year — there were 35 new names, 40 percent of them women or people of color.

Barnes excerpt #3: “Publicly, everyone in Hollywood says the same thing, almost as if reading from talking points written by publicists: We applaud this long overdue progress and will do everything in our power to make sure the culture changes.”

Barnes excerpt #4: ” What some people in senior jobs say privately is a different story. In hushed lunches at the Palm and over cocktails at Tower Bar, established men — producers, directors, executives –share resentment about aggressive efforts by the Academy of Motion Picture Arts and Sciences to diversify its membership, which is overwhelmingly white and male. A glimpse of this animosity came in April, when Bill Mechanic, an Oscar-nominated producer and former Fox executive, resigned from the academy’s board. “We have settled on numeric answers to the problem of inclusion,” Mr. Mechanic wrote in his resignation letter, which was leaked to the news media. ‘One governor even went as far as suggesting we don’t admit a single white male to the academy, regardless of merit!'”

Barnes excerpt #5: “Some men in Hollywood quickly revert to sexist and offensive language when speaking anonymously, which is the only way the most powerful ones will talk to reporters. ‘Yap, yap — go back to your kennels,’ a leading film producer told me over lunch recently at a Burbank sushi spot. He was talking about Time’s Up, the organization founded in January by Reese Witherspoon, Shonda Rhimes and other powerful Hollywood women to fight workplace sexual harassment across the country. Realizing he had misread his audience, perhaps because of the startled look on my face, he started to backtrack.”

Barnes excerpt #6: “Amy Baer, who was elected president of Women in Film, a deeply rooted advocacy organization, over the summer, said one male film executive she has known for decades “seized up” over lunch when she casually asked how many women he employed. ‘I was just curious,’ Ms. Baer said. ‘This guy is one of the good guys. But he looked at me like ‘Oh, no, here she comes,’ like I was taking aim at him, and that speaks to the tension.'”

** “white guy” is of course an epithet these days — an object of universal scorn in p.c. land.