The Screen Actors Guild nominations are up, and there are at least three if not four outrageous omissions. Many fine people have been honored, but SAG, I feel, has truly shamed itself by failing to nominate Javier Bardem‘s legendary performance in Biutiful for Best Actor as well as Lesley Manville‘s shattering turn in Another Year for Best Actress. 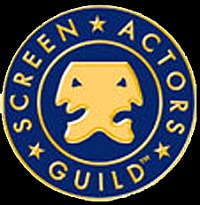 Perhaps the biggest fall-on-the-floor WTF is SAG’s decision to nominate Jeff Bridges‘ True Grit performance as one of its five Best Actor hopefuls. This is just sloppy, chummy, boomer-fortified cronyism, pure and simple.

The third SAG outrage is nominating Hilary Swank‘s sufficient-but-nothing-special performance in Conviction for Best Actress. Because in so doing they’ve blown off the much more deserving Manville as well as Michelle Williams, who kills in Blue Valentine. It just makes me sick.

If you ask me Valentine‘s Ryan Gosling should have also been Best Actor-nominated, but I recognize that there are only so many slices in the pie and someone has to be left holding an empty plate.

They also blew off Animal Kingdom‘s Jacki Weaver for Best Supporting Actress. You know why? Five’ll get you ten a good portion of SAG’s membership hasn’t bothered to watch the Animal Kingdom screener. Plus they ignored all three of the Social Network guys — Andrew Garfield, Justin Timberlake and Armie Hammer. And yet they nominate Jeremy Renner for delivering a standard chilly psychopath turn in The Town? What bullshit!

The Bridges thing is mind-blowing. What is the big award-worthy deal about snortin’ and harumphin’ and stumblin’ around as scuzzy old Ruben Cogburn? Bridges knew he had a problem because of Cogburn’s similarities to his drunken Crazy Heart performer so he went with a deeper, drawlin’ gravel-gut voice and scowled a bit more and got to wear some old western duds and shoot a bunch of guys. And this results in a SAG nomination at Bardem’s and/or Gosling’s expense?

I’m not putting Bridges down. I would have done the same thing in his shoes. But the Ruben Cogburn role isn’t that intriguing or compelling. Was Bridges nominated because he’s charming and likable? That’s true, Bridges is that. He’s a very personable guy. So are the Coen brothers — a couple of very witty and likable fellows. So is Matt Damon — an ardent Hollywood lefty, hates Jimmy Kimmel, narrated Inside Job. So is John Boehner, I’ll bet, after a couple of drinks.

The other SAG-nominated Best Actor contenders are Colin Firth (The King’s Speech), James Franco (127 Hours), Jesse Eisenberg (The Social Network) and Robert Duvall (Get Low). Good for them.

The Best Supporting Actor nominees besides Renner are Christian Bale (The Fighter), John Hawkes (Winter’s Bone), Mark Ruffalo (The Kids Are All Right) and Geoffrey Rush (The King’s Speech).