The best talking-head comment in Alexandre Philippe‘s 78/52, a detailed examination and celebration of the slasher shower scene in Alfred Hitchcock‘s Psycho, comes from director Peter Bogdanovich. Psycho opened at the DeMille theatre (B’way and 47th) on 6.16.60, and the fledgling journalist and soon-to-be MOMA film programmer was there for the first show. Bodganovich was 20 years old. After it ended he staggered out into the Times Square sunlight: “I felt as if I’d been raped.” 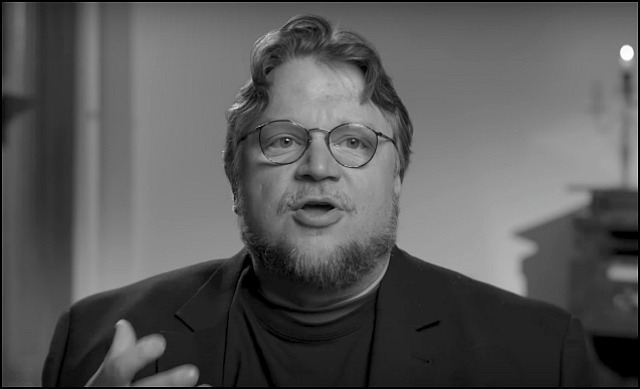 I was intrigued and diverted by 78/52 as far as it went. If you’re any kind of Hitchcock buff it’ll feel like mother’s milk. But the aspect that really got me was Robert Muratore’s black-and-white cinematography. The 91 minute doc was captured digitally so that classic, faintly grainy celluloid atmosphere is missing, but God, the silvery bath quality is magnificent.

HE to GDT (sent this morning):  “Your thoughts about Hitchcock and Psycho deliver the usual insight and erudition, but that aside you look really great in this thing. The crisp, silvery black & white cinematography and the exquisite, just-so key lighting and the way it makes your eyes and hair glisten are major stand-outs.