This photo of Paul McCartney (from a recently published coffee-table book by Henry Grossman) was taken during the Sgt. Pepper recording sessions in late 1966 or early ’67, when Macca was 24. This was it — the coolest, most live-wire creative peak moment he’d ever known in his life. It was never quite as pure or brave or experimental after that, certainly not in a trippy, harmonious, symphonic and satisfying-final-product sense. 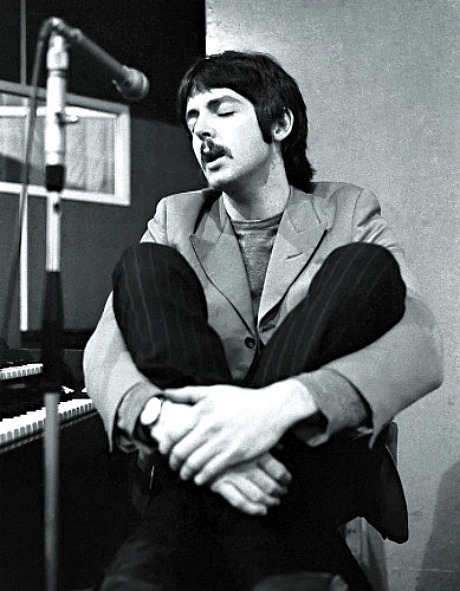 In other words Macca made it to the top of the Matterhorn with a pick axe and ropes and hiking boots at age 24 and 1/2, and then very slowly and leisurely and profitably he began easing down the mountain with a walking stick right after that, and is still doing that stroll 45 years later. Nothing shameful in peaking young and then cruising. At least he peaked in a way that mattered, which is more than you can say for…what, 98% of the working musicians out there over the last couple of centuries?

Let this be a lesson to all 24 year-olds out there. Life is short. Do it now.