Some Parents Aren’t Made For It

Four months ago Maggie Gyllenhaal‘s The Lost Daughter played Telluride, and I missed every showing. Weeks and then months passed. I finally caught it last night on Netflix. I was vaguely afraid it would be some kind of opaque feminist downer, but it’s not.

The Lost Daughter is a visually agile, nicely edited, well-detailed grabber, and nothing if not emotionally and psychologically complex (if a bit curious). It’s more than competently directed and certainly well written by Gyllenhaal, who adapted Elena Ferrante’s source novel. It’s one of the best films by a first-timer I’ve ever seen. Hats off.

The core subject is that some aren’t cut out for parenting. Yes, including some moms. Some are simply too selfish or neurotic or sex-starved, or too irked by the endless demands of young children. Some are consumed by artistic visions of one kind or another.

Olivia Colman‘s Leda Caruso, a 50ish professor vacationing on the Greek island of Spetses, is one such mom. She has two daughters in their mid 20s, but it’s clear they haven’t a great deal of rapport with her. Leda wasn’t much for it when they were younger (the 20something Leda is played by Jessie Buckley) and her recollections of that time are stirred by watching young Nina (Dakota Johnson) and her temperamental three-year-old daughter, Elena.

Leda is a bit testy and distant at first, but she and Nina, who has married into a large and somewhat overbearing family, become friendly in a cautious sort of way.

Semi-spoiler: The story-tension aspect is driven by a very strange and perverse thing that Leda does early on. It’s selfish and sociopathic, but also tied into memories of her own young motherhood and the frustrations she felt saddled with.

25 years ago I wrote the following about One Fine Day, the George Clooney-Michelle Pfeiffer parent romcom: “Raising kids can be exhausting, at times even soul-draining…we all know this.”

Joni Mitchell couldn’t hack it — couldn’t surrender to mothering because she had so much in the way of poetry and songwriting inside her, so much raw material to pull out and shape and hone.

When I was 14 or 15 I recall being told by a good friend of my mother’s that “kids are a pain in the neck sometimes, and sometimes we need to escape that…if we’re honest with each other we admit this.”

When my father became an AA guy and was looking to confess his failings to those he’d hurt, he told me he was sorry but was never cut out for parenting. Not everyone is. I heard him, forgave him.

When Jett and Dylan came along I resolved not to be an aloof dad, and that wasn’t easy given that I had to write all the time. But I decided it would be better to err on the side of emotional closeness and leniency. Maggie, my ex, was the cop; I was the adventurer.

Whether or not you can roll with The Lost Daughter will depend on your ability to understand or at least accept the bad parent pathology that it puts on the plate. 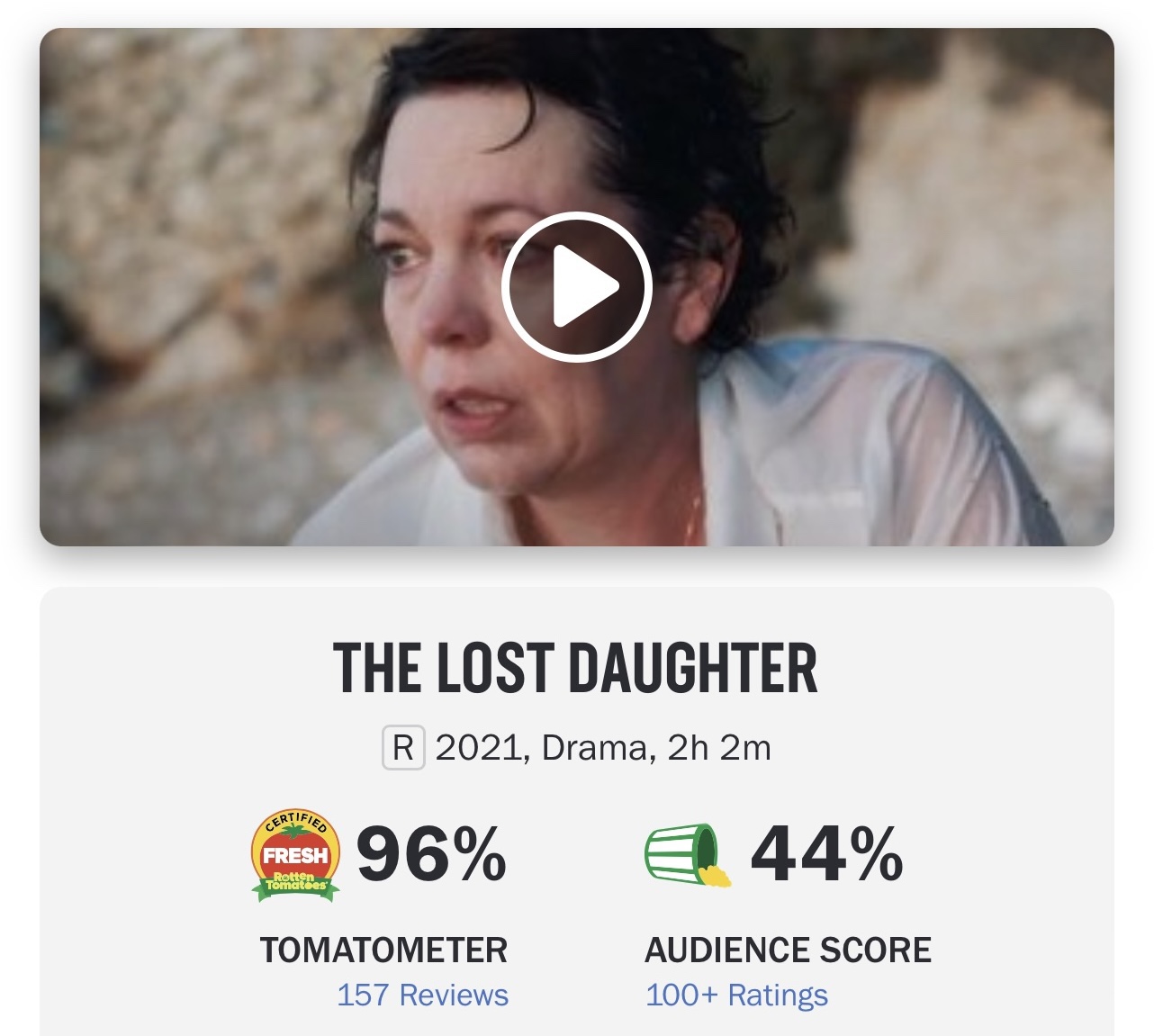