Somewhere Over The Mosquitoes

The much-anticipated Wizard of Oz Blu-ray was waiting in the mail bin when I got home today from Toronto. I watched it start to finish, and then popped in the 2005 DVD version for comparison. The Blu-ray is much sharper and more vivid, and bursting with color in a natural-seeming, straight-from-the-Technicolor-lab, if-only-Victor-Fleming-could-have-seen-this sort of way. But it’s also somewhat grainier. 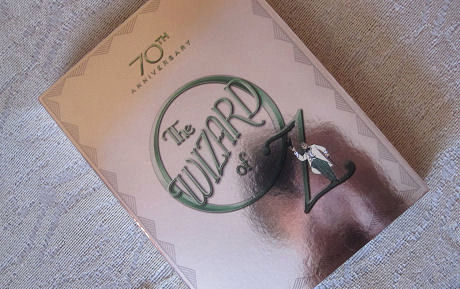 This is the basic Blu-ray trade-off. The grain that is in the negative is brought out in a way that catches your eye like never before. It’s not a problem, but there’s no ignoring it. Especially, to my eye, in the opening and closing sepia-tone sections. But it’s also a much more richly colored thing now, and much more detailed in a eyeball-to-celluloid sense, and that’s basically a very good thing.

I’m not putting the grainy aspect down, per se. I fully respect the decision of Warner Home Video technicians not to clean or digitally tweak or Patton-ize the original 1939 elements — but I am saying that Dorothy Gale, Auntie Em, Uncle Henry and the three farm hands are now covered in billions of micro-mosquitoes that I hadn’t been as aware of in years past. It’s definitely a different film now because of this visual characteristic. And not in a bad way…really. It’s fine. The Wizard of Oz has never looked so splendorific.

All through my initial viewing I was saying, “Wow, this is great. I’m seeing this classic film as it was shot and processed, but also in a much sharper way than anyone back in ’39 ever saw or imagined. It is what it is and that’s fine. It was shot with 1939 technology and we’re seeing that film, and I fully respect that. But those mosquitoes…”

Honestly? There’s a part of me that wouldn’t have minded seeing a slightly John Lowry-ized, less mosquito-heavy version of this beautiful film. Strictly as a second-disc alternative, I mean. Just to see it looking extra-swanky and spiffy and eye-glammy. A cheap-high thing — I admit that — for people like me.

Again, if I had been in Ned Price‘s shoes I would have said “keep it pure and celluloidy and make a tip-top Bluray of the 1939 Wizard, and not some video-game Patton version for the Philistines.” The Warner crew did the right thing. This is an excellent Bluray. Their priorities were correct. But…well, I’ve said it. 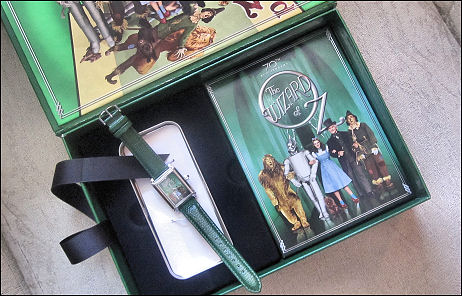