If by clapping three times I could eradicate all forthcoming comic-book movies (and thereby impose a permanent frown on the faces of Devin Faraci, Drew McWeeny and the rest of the die-hard Comic-Con crowd), I would clap three times. Same difference if I could magically eliminate the notion of a superhero from the minds of all men, women and children on the planet earth, you bet. 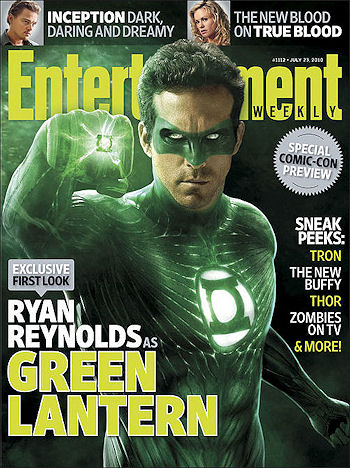 For comic-book movies are surely the scourge of the film industry — agents of infantilism and same-itude, a pox upon the art and intrigue of storytelling, a tumor inside the ribcage of our movie-making culture.

The good news about comic-book movies is that they occasionally fail (Jonah Hex) or fall short (Kick-Ass), proving if nothing else that this mostly deplorable genre is not infallible. The bad or dispiriting news is that this may not be giving Hollywood execs sufficient pause, as the continued and growing success of San Diego Comic-Con (which kicks off Thursday) seems to suggest.

“I’m not quite sure how we reached a point where Comic-Con became the engine that drives Hollywood but that is absolutely the case,” laments critic Marshall Fine.

“A steady diet of comic-book and zombie and other fantasy movies is like a steady diet of Big Macs for the mind and soul. Unfortunately, no one will ever make the Super-Size Me revealing the brain-deadening effects that overconsumption of these films is having. Yet it’s out there, slowly stripping audiences of their ability to focus on anything that doesn’t distract them with big flashes and booms and super-powers and the like. It’s a self-fulfilling prophecy, in which feeding this particular beast allows it ultimately to consume all our brains, and take over the culture.

“Ah, Comic-Con: the tail that wags the entertainment dog. Would that we were able to brutally crop that particular tail. Instead, it’s being celebrated on the cover of Entertainment Weekly, as though it isn’t yet another harbinger of what is destroying movies that make you think and feel something other than the brief endorphin rush of cheap thrills.”

Calling Morgan Spurlock! There really is a documentary in this — an exploration of how comic-book movies transformed from a live-wire Hollywood phenomenon into something approaching a cultural pestilence.