I hate to admit it, but “Nordling”‘s War Horse rave on AICN, which was posted early this morning, deserves respect and consideration. He’s a fool for that sappy, sweeping Spielberg stuff, but he knows how to write, and that implies he may know (or at least picked up some knowledge of) other things besides. 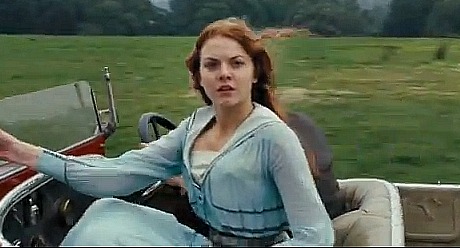 The only thing I’m kinda half-wondering is why doesn’t Nordling mention the pretty young girl (seemingly played by Celine Buckens) we’ve seen in the trailer with the sad, soulful eyes and a tear streaming down her cheek?

Update: I’m told that it’s a separate girl in that “Albert and Joey galloping alongside a moving convertible” scene. I’m speaking of the girl who feels moved to stand up in said convertible to better appreciate the sight of Albert (Jeremy Irvine) and Joey keeping pace. (I for one certainly know this feeling. I’ve been there. If I see something that touches or moves me, I almost always stand up in order intensify the connection, even if I’m in a moving car.)

“War Horse is old fashioned, and I mean that in the best possible sense,” Nordling begins. “It wears its emotions on its sleeve, and there is no place for cynicism in that world. It has obvious films like All Quiet On The Western Front and the films of John Ford and David Lean in its DNA, but the end result is all Steven Spielberg. War Horse is an epic that has Spielberg doing what he does best. He takes the audience on an emotional journey through World War I and out the other side, and the film very much feels like Spielberg paying tribute to the filmmakers he loved as a young man.

“War Horse is what you’d call an ‘old soul.’ It’s a film that could have been made — perhaps not with the technology but definitely with the heart — in Hollywood’s heyday. David Selznick would have adored War Horse.

“And then there are those scenes where Spielberg puts his classic touch on them and those scenes burn themselves indelibly into my mind. The way all the horses react when a companion is put down. The horrors of trench warfare, and the terror of mustard gas. A cavalry charge that’s straight out of Lawrence of Arabia‘s assault on Aqaba.” [Wells interjection: now this is the scene I’m anxious to see!] The beautiful cinematography. War Horse is most definitely a Steven Spielberg work, and he pulls out all the stops to bring the audience into a time that hasn’t been on film very much recently, and he does it with an elegance and a passion that can only come from him.

“It’s not a perfect film” — no! — “but anyone who loves movies and Spielberg’s work in particular really cannot miss this. War Horse is what movies are all about — transporting the audience into a world that will never exist again. As for myself, I loved every moment. For me, War Horse is magnificent.” 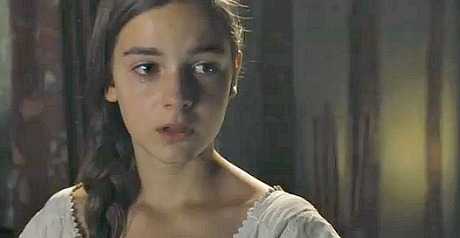