There’s at least one solid defense of Recount screenwriter Danny Strong, who’s been criticized in Edward Wyatt‘s 5.14 N.Y. Times story for having unfairly portrayed former Secretary of State Warren Christopher as “one of the great all-time wimps” (my quote) during the spin battle over the Florida vote in the 2000 presidential election, which Strong brings up. 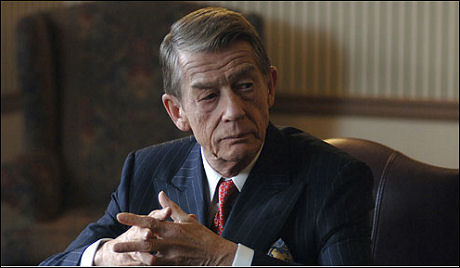 He tells Wyatt that “one of his primary sources” on the Christopher-wimp angle was ‘Too Close to Call,’ a book by Jeffrey Toobin, reports Wyatt, “who served as a consultant on the film. In it Mr. Toobin argues that by the end of the first week, both Christopher and Gore campaign chairman Edward Daley were ‘making the case for surrender.'” Is there anyone out there who believes Toobin isn’t a good reporter or, being that, an astute judge of character?