Newark Star-Ledger critic Stephen J. Whitty recently traded online fisticuffs with Kevin Smith…heard this one? Whitty drew first blood by noting “how angry Smith seemed lately,” he recapped today, “and how he’s been far too willing to immediately take to Twitter to lambaste any perceived attackers. Which prompted Smith to rip into Whitty on Twitter, calling him “old [and] out-of-touch” and faling to get what he’s trying to do with his self-distributed release of Red State. 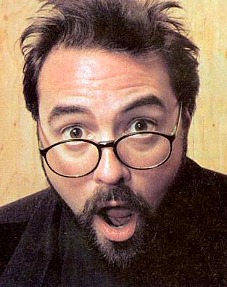 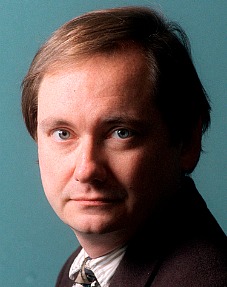 “But I didn’t say Smith’s idea was a bad distribution model,” Whitty explains. “Nor did I attack him personally — at least, not by my standards. What I did say is that I thought he’s [seemed] to be in a terrible, touchy mood for a while now. Certainly he seemed to be taking himself way too seriously and lashing out at criticism far too quickly. I’d written about some of this behavior before, but it seemed to be getting worse recently. Someone who’d always appeared to be an easy-going, self-deprecating Jersey guy was getting awfully thin-skinned and long-winded — and far too quick to combine the two in endless, two-thumbed monologues.

“Smith says he’s not angry. He says he’s happier and more in control that he’s ever been,” Whitty wrotes. “‘I’m sorry I’m not that Kevin Smith character you created for the Ledger,’ Smith fired off in one of his increasingly heated missives.

I’m going to say it again for the seventeenth time. Now that he’s been married a while and is getting in touch with his angry side, Smith needs to write a Who’s Afraid of Viriginia Woolf-type stage play about two GenX couples. Four people of Smith’s age getting drunker and drunker as they sit around in their pullover hockey shirts and Converse sneakers and backwards baseball caps and start ripping each other to pieces.