The idea of Ben Affleck‘s Live By Night becoming a Best Picture contender may or may not penetrate among Academy and guild members, but it definitely impresses in a below-the-line sense — cinematography, editing, production design, etc. This, at least, is the view of Variety‘s Kris Tapley, who attended last night’s DGA screening for elite critics and blogaroos.

“It makes sense that Warner Bros. is leading the conversation on Live By Night with crafts,” Tapley wrote, “because all of those bits and pieces — as well as the sound design — are what could register in the upcoming awards race.” 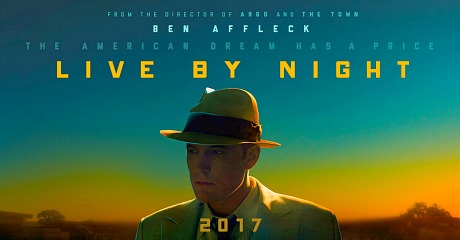 Critic friend who attended last night’s screening: “I was thinking the whole time that I bet you would have liked it because it has that very specific, meticulous kind of directing that both of us really love.”

Affleck said during a pre-screening schmoozer and during a post-screening q & a that “the idea for him was ‘blending a throwback vibe with modern energy,'” Tapley writes. “And that’s fitting: In Lehane’s novel, Affleck has found a gangster yarn akin to the ’30s and ’40s genre pictures that inspired him, but one with a fresh face. It moves from the Depression-hit Boston metropolis to the melting pot of Tampa, Florida (filmed largely in Georgia), giving Affleck’s below-the-line team a rich opportunity.”

All year long Warner Bros. has been cagey or iffy or hazy-minded (choose one of the three) about positioning the film as an Oscar contender. Last June they abandoned the previously announced October 2017 release to January ’17, which everyone know meant some kind of platform release later this year. But WB declined to formally announce the film’s 12.25.16 platform release until relatively recently.