That’s It For “Blonde”…Over and Out

Following a recent blowoff by the Venice Film Festival and in the wake of generally negative feedback by others in the elite film festival community, Andrew Dominik‘s Blonde, a long-gestating adaptation of Joyce Carol Oates’ take on the life of Marilyn Monroe, has been drop-kicked by Netflix into a 2022 release date.

Recent scuttlebutt is that Dominik and Netflix have been fighting over final cut, but who cares at this stage? We’re talking Edmond O’Brien in D.O.A. here.

It wasn’t that long ago that Blonde looked like a major career booster for Ana de Armas, who plays Monroe. Now she’s a sparrow with a bruise and a broken wing. Tough luck. She’s also in the completed but not yet released No Time to Die, the endlessly Covid-delayed Bond film, and Adrien Lyne‘s Deep Water. 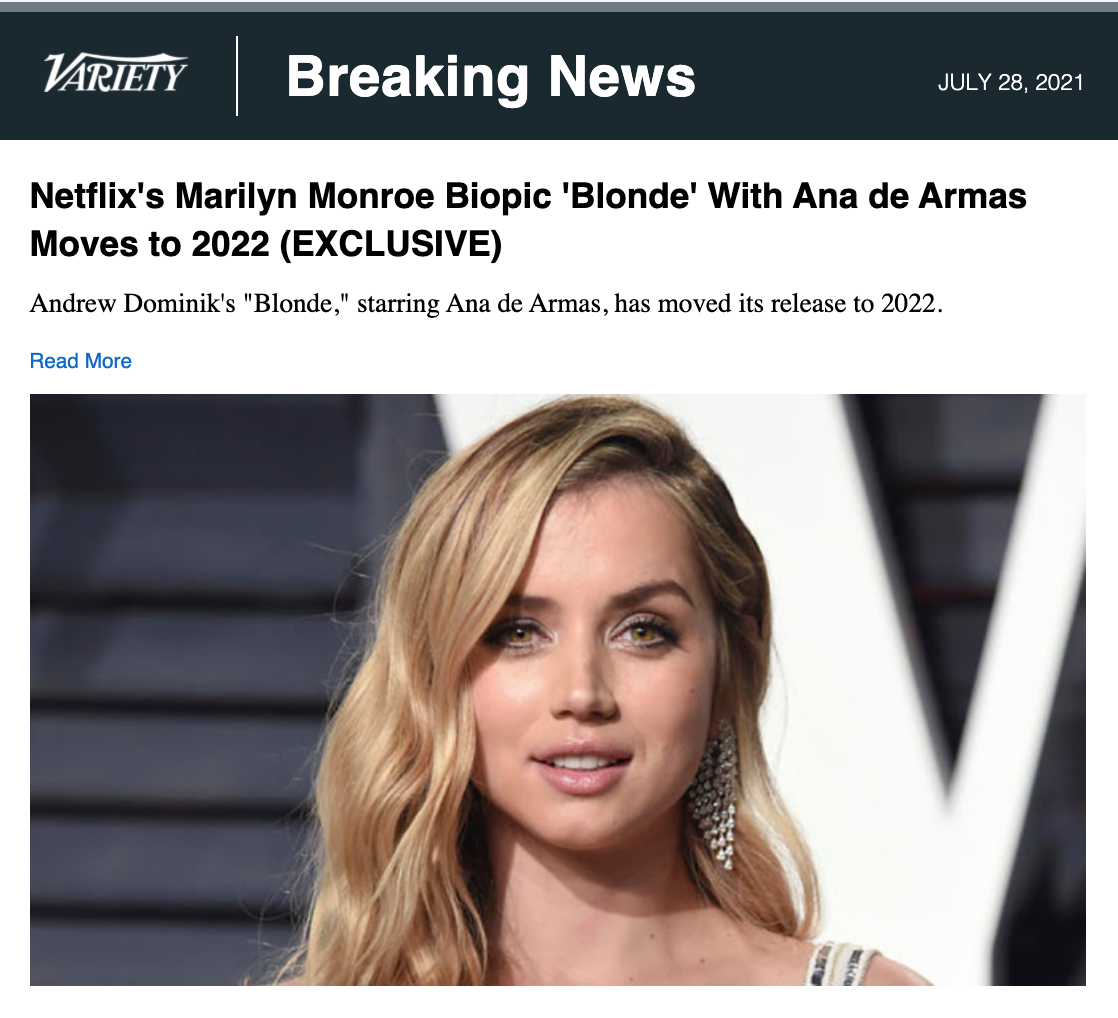 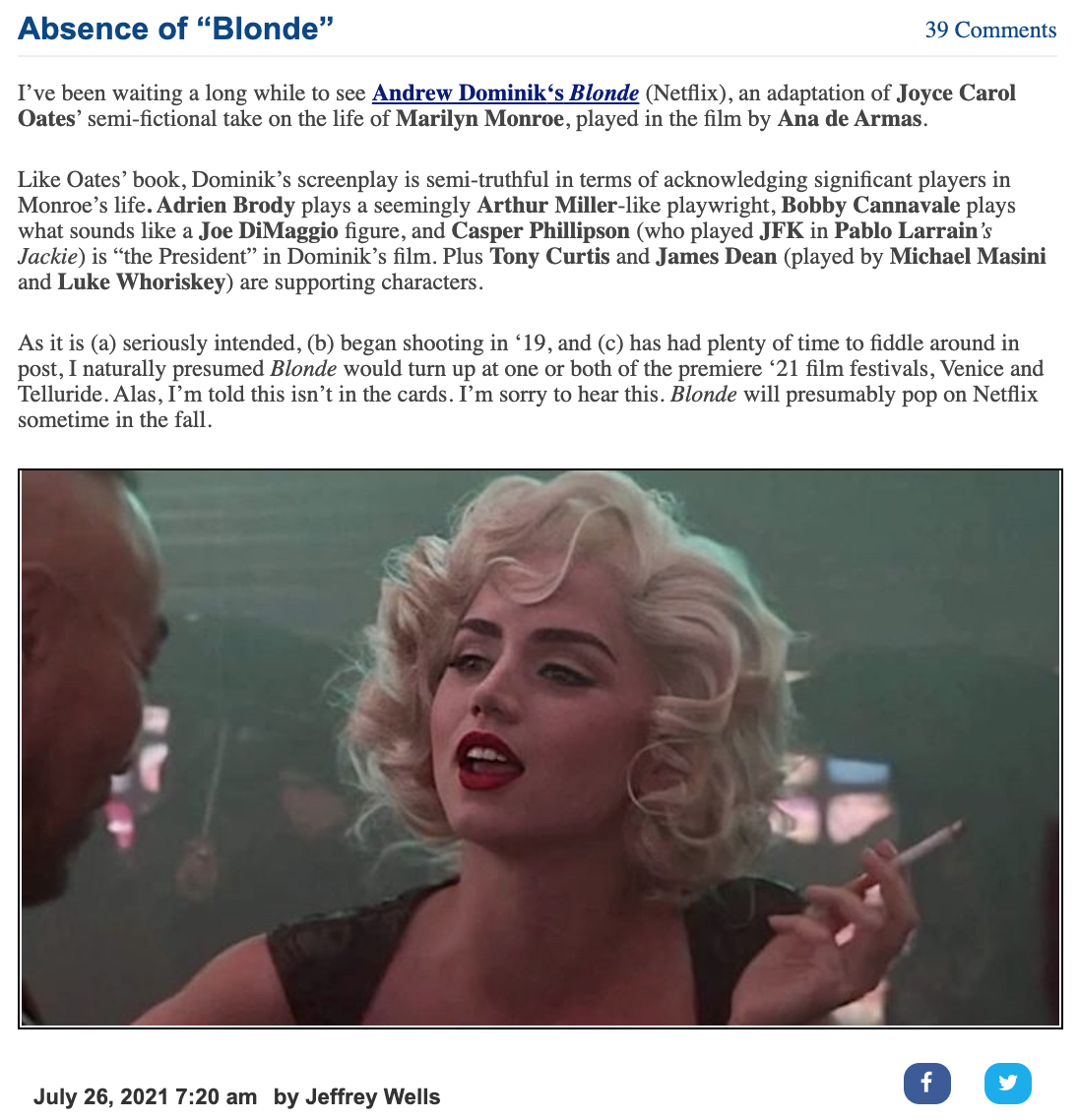