Yesterday afternoon I posted a director-writer’s opinions and preferences about current Oscar contenders, limiting the discussion to the top six categories (Best Picture, Director, Actor, Actress, Supporting Actor & Actress). Late yesterday I spoke to a woman producer with many TV and feature credits, and who’s been duking it out in this industry since the mid ’80s. A very sharp, very savvy lady. I’ve re-ordered the sequence of some of her quotes, pruned and condensed some of them, and in some cases run them verbatim.

Best Picture: “Call Me By Your Name is really the best picture of the year. There’s an unreasonable resistance to it among some, that it’s ‘just’ a gay love story set in the lush scenery of Northern Italy…the first Academy screening was only a quarter-full…but coming from a heterosexual woman, it’s the most honest and powerful film of the year. It’s about finding out for the first time what love can be, and how life goes on when your heart is broken. I think people should just GO SEE THE MOVIE. I haven’t met someone yet who wasn’t knocked out. 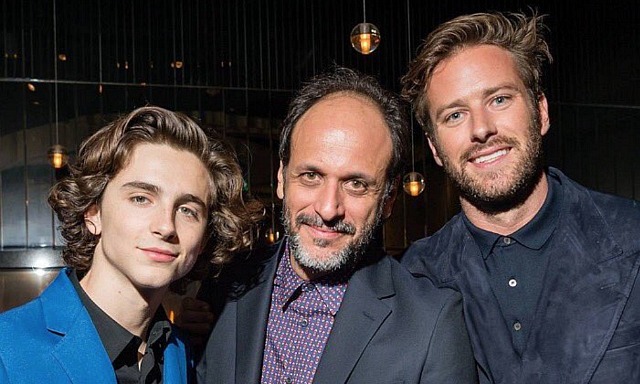 “Realistically for the Best Picture Oscar, it’s probably between The Post and Dunkirk. Dunkirk is a stunningly well made film, but it lacks that big emotional content. You begin the story with the thread of an average soldier who is just trying to survive, but not ever knowing anything about him handicaps the emotional takeaway at the end. It may win because it’s a great true story, but the heartfelt connections to the characters are impeded by their vague never revealed histories. Tom Hardy and Mark Rylance do very well with little, but could have been so much more. The Post is probably the winner. Streep and Hanks are on the top of their game. And the heroic relevance of the story is inescapable. Spielberg delivers.

“The curious enthusiasm for Get Out is mainly a box-office vote. If it wasn’t a big hit, it probably wouldn’t be as prominent in the Best Picture conversation. Mudbound feels like a smarter, better shot…a more quality-driven picture with a stronger message as well as a strong woman’s voice, although it’s not as edgy or commercial. Either way Get Out, clever and entertaining as it is, does not belong in the same category as Moonlight, Twelve Years A Slave, Hidden Figures and Fences. All of these movies make Get Out look weak. If Get Out had come out last year, it probably wouldn’t have been nominated. These previous nominees are worthy Best Picture contenders; Get Out has skated in during a weak year.”

Best Director: “Luca Guadagnino deserves to win for Call Me By Your Name. His film is so beautifully shot. The actors are terrific, the music perfect. But Chris Nolan will probably win it for the scope and scale of Dunkirk. Guillermo del Toro‘s work on The Shape of Water was wonderful, inspired. Greta Gerwig did a fantastic job on Lady Bird, and I think she deserves to get nominated for telling a small story so incredibly well. Steven Spielberg will get nominated for The Post. Deserves it, quintessential pro. Mudbound‘s Dee Rees is the most deserving underdog this year.” Best Actor: “It’s between Gary Oldman and Timothee Chalamet, and it’s really a fine line. I probably tilt a little more towards Gary because he’s had a long career and he’s been so good for so long. He deserves it. I know you think his performance is too theatrical, aimed at the cheap seats. But I totally bought into it. Even if it’s ostentatious. It worked. He works.”

Best Actress: “Sally Hawkins is the best. For Maudie, which ten people saw, as well as The Shape of Water. She’s such an incredible actress, and she doesn’t even speak in the entire film! Yet we remember how powerful her voice is. I love Saoirse Ronan…amazing in Lady Bird, a close second. So subtle and spot on. Frances McDormand is her usual amazing, but I didn’t like Three Billboards. Discouraging. Had too big a suspension of disbelief at the character’s actions. And little to no redemption. The saddest scene on film this year was when McDormand says to Woody Harrelson something like — paraphrased — ‘I know you’re dying, but I (don’t care) because I want to get this done before you croak.’ Help.”

Best Supporting Actress: “Loved Laurie Metcalf in Lady Bird. The best. Holly Hunter was a standout as always in The Big Sick. Lesley Manville was stunning in Phantom Thread…just stunning. But I’m finally with Team Metcalf.”

Best Supporting Actor: “I didn’t respond to Willem Dafoe in The Florida Project, but partly because I didn’t like the movie. I also thought Woody Harrelson was amazing in Three Billboards despite the oppressive sadness of the story. I’d vote for him on par with Sam Rockwell. My ultimate preference is for Michael Stuhlbarg in Call Me By Your Name. A bad actor could have made that final killer speech feel trite. An okay actor could have delivered it. Stuhlbarg made it soar. You floated out of that theatre. That’s acting.”

Best Adapted Screenplay: “Call Me By Your Name. No contest. See it.” 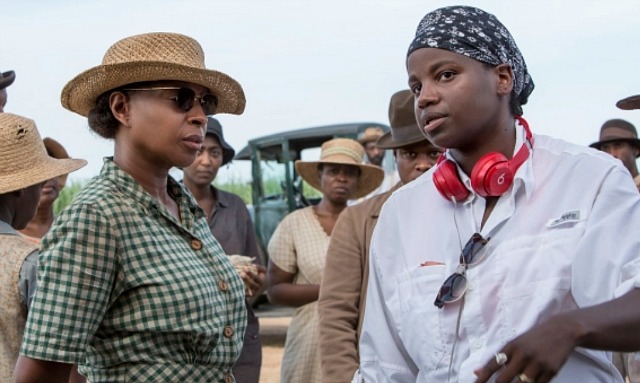