Carly Mayberry‘s 1.3.07 Hollywood Reporter piece about the Warner Bros./AOL digital restoration process called Ultra-Resolution — which has been nominated for a Scientific and Technical Academy Award — describes it reverently but incompletely. 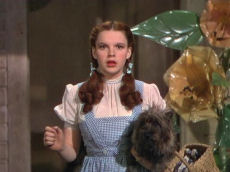 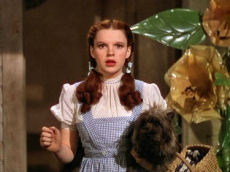 I’ve been a devout worshipper of this process since seeing the results on the super-duper restored four-disc Gone With The Wind DVD (released in ’04), plus ones for The Wizard of Oz (released in October ’05), Singin’ in the Rain (’02) and The Searchers (released last June). The colors on these DVDs are heart-stop- pingly crisp and vibrant and luminous — they’re so pretty you could eat them.
Mayberry says Technicolor films like GWTW, Singin’ In the Rain and Oz — which over time have suffered (here comes the litany) slight blurrings, “color fringing”, “color breathing,” misregistration, detail lost during multiple generations of dupli- cation as well as shrinkage, stretching and other damage — have been realigned and made to look much sharper with by Ultra-Resolution, with the added bounty of much more vibrant colors. 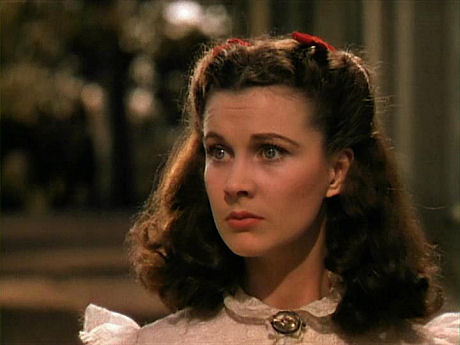 But she doesn’t explain that what’s been realigned are the three color strips — cyan, yellow and magenta — that combine with a b&w negative to render the final images in the old Technicolor process. (The Searchers, which was filmed in a single-strip color process, was restored by realigning the separation masters.)
Nor does Mayberry explain that Ultra-Resolution makes these old films look sharper and cleaner than they ever looked to the people who made them back in the late 1930s (and, in Singin’ in the Rain‘s case, early ’50s). That’s because the late 1930s (and early ’50s) technology that aligned the three strips was less exacting than this relatively new digital process, which was created for AOL by Keren and Sharon Perlmutter.
Nor does she mention that some of the Ultra-Resolution imagery is so precise that viewers can see things that they’re not supposed to see, like the wires lifting up the Wizard of Oz flying monkeys. (I say keep the clarity and digitally erase the wires — simple and very common. Same solution for the far-too-vivid wires holding up the Martian space ships in War of the Worlds.)
Nor does she mention that Lowry Digital, which was bought a year and a half ago by DTS (Digital Theatre Systems), and Cinesite, the Los Angeles branch of which was shut down two and half or three years ago by Kodak, have developed very similar processes on their own, and applied them to various films. 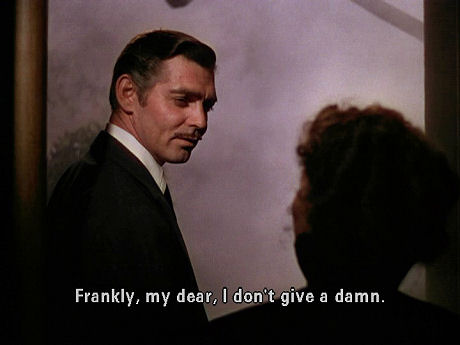