Who The Hell Is This?

The answer, believe it or not, is George Clooney, who was 34 when this December 1995 Premiere cover story ran. The story, written by Tom Friend, was about Clooney’s transition from “Joe Television” to the big-screen via Robert Rodriguez‘s From Dusk till Dawn, which opened on 1.19.96. I always liked Clooney’s blunt vibe in that film, and I remember telling him so during a 2000 Cannes Film Festival round-table interview at the Hotel du Cap. Clooney interpreted this to mean I wasn’t as much of a fan of his softer, charming guy roles in One Fine Day, Out of Sight and O Brother, Where Art Thou? He thought about this for eight or ten seconds and said “fuck you.” This of course conveyed respect. If a celebrity swears at you in front of others, you know you’re “in.” 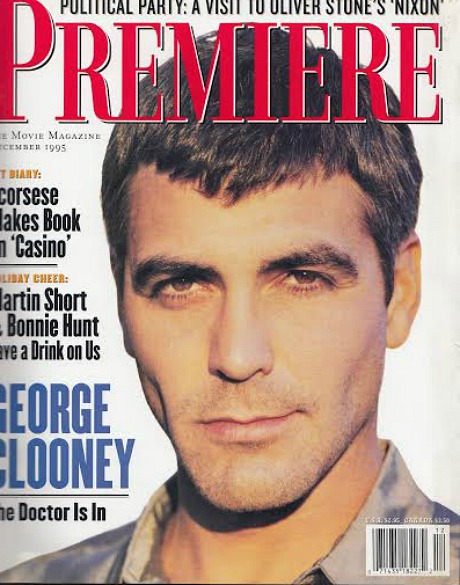 August 13, 2016by Jeffrey Wells12 Comments
« Previous post
“To The Media, The Smell of Money Is Not Odorous — It’s Pleasant”
Next post »
Gotta Move on