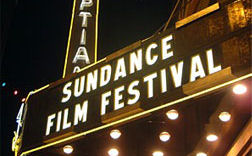 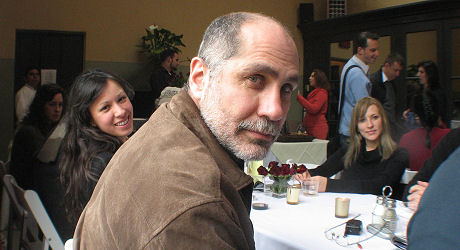 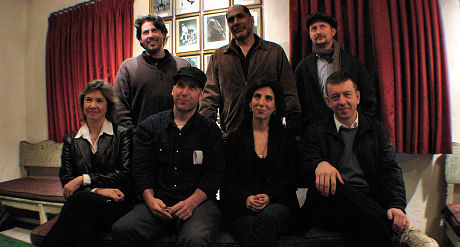 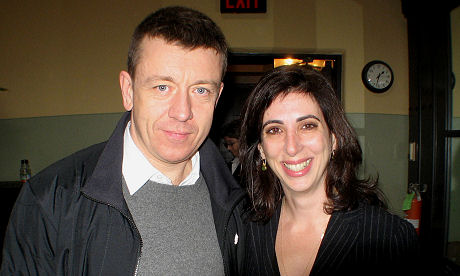 The SAG Awards will air on TNT and TBS Sunday evening. My eyelids, trust me, are at half-mast as I type these projections/assessments:

Forest Whitaker — whose performance as Idi Amin Dada was hugely enjoyable in a frightening sort of way, although I never felt it went past (i.e., deeper than) that level of engagement — will almost certainly win the Best Actor award.
Helen Mirren is oppressively locked as the winner of the Best Actress trophy, although I really and truly feel that Penelope Cruz gives a much stronger, earthier, fuller performance in Volver.
Leonardo DiCaprio (who was totally screwed by Warner Bros. marketing/publicity’s handling of his two acting award campaigns) ought to win the Best Supporting Actor award for his Departed performance hands-down, although the winner will probably be Eddie Murphy or Jackie Earl Haley.
The Best Supporting Actress race is between Dreamgirls‘ Jennifer Hudson and Little Miss Sunshine‘s Abigail Breslin, and I can’t tell if the recent LMS surge and the Dreamgirls downturn will affect the voting, but I’m /guessing presuming Hudson will eke out a victory. Maybe.
The Departed gang gets my personal vote for the SAG ensemble acting award, but the smart money is going with the Little Miss Sunshine team winning in this category, which will probably happen.

The Once word-of-mouth seems to have taken hold and distributors are finally looking to buy it. One distrib chief has confided a sincere hope that his/her company will acquire it sometime later this week, “although there are 5 other distributors circling,” he/she confided this morning.

“What made me finally relax is that during one of the moments we were showing clips, [Helen Mirren] reached out for my hand and squeezed it and said I was doing a good job. Can you believe that?! At the end of the tribute, right before Bill Macy was to come out, the lights dimmed. She once again reached for my hand and squeezed it. ‘This was lovely,’ she said. ‘Once in a lifetiime, thank you.’ I looked up, and she had tears in her eyes.” — Santa Barbara Film Festival director Roger Durling, writing on his festival blog about last night’s Mirren tribute at the Arlington.

There is no Helen Mirren vs. Judi Dench suspense factor in the Best Actress Oscar race, so this Notes on a Queen mashup doesn’t really coagulate. 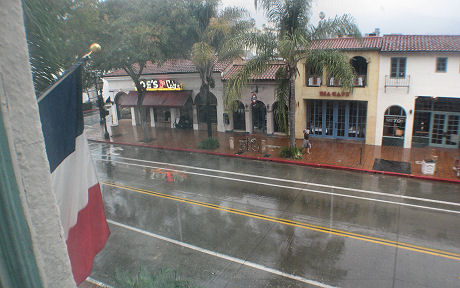 I’d forgotten what a moving speech Adrien Brody gave four years ago when he won the Best Actor Oscar for The Pianist. His final thought (which he has to “shush” the orchestra to finish) about the citizens, whether they worship God or Allah, who were then just starting to be wounded and killed in Iraq is especially poignant now, for obvious reasons.

Joerg Wagner‘s Motodrom, one of the coolest (because of its avant-garde simplicity and lack of pretension) shorts I saw at Sundance ’07. Many other excellent shorts are downloadable on the Sundance site, but I couldn’t find one I saw that played just before Once, about a young guy and a girl flirting on the Paris metro by underlining words in books they’re holding on their laps. Does anyone have a link to this? 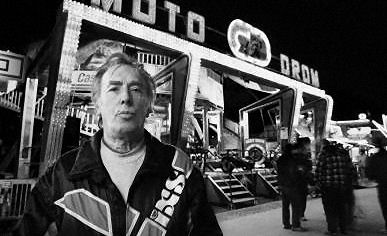 I went to the opening-night Factory Girl party for the Santa Barbara Film Festival last night, but I couldn’t get into the groove today. I blew off the Sacha Baron Cohen discussion at the Lobero early this afternoon, and then I couldn’t bring myself to attend the Helen Mirren tribute this evening at the Arlington. I don’t know why, but maybe I’m just feeling Cohen-ed and Mirren-ed out. (A lot of us are, no?) I promise to do better tomorrow. Apologies to Roger Durling and the gang — just an “off” day. (Or something.)

A dull photo because I was too lazy to snap a better one.
January 26, 2007 9:53 pmby Jeffrey Wells
15 Comments
Sundance paradox

There is something profoundly wrong with the mentality behind the Sundance aquisition frenzy. No, not Paramount Vantage paying $7 million for Son of Rambow (i.e., Billy Elliott if directed by Tim Burton). Not Adrienne Shelly‘s Waitress selling to Fox Searchlight for $4 million, despite it being a somewhat hammy, too-obvious thing. And not Harvey Weinstein buying Grace is Gone, a steady, honest film about loss and denial that may find fans among the rural reds. All of these are solid deals that make sense.
What’s mind-blowing is the fact is that none of them deliver as much of an exquisite, true-hearted high as John Carney‘s Once, and this little Irish film isn’t even getting mentioned as a curious non-seller in articles about Sundance pickup action. Forget bottom-line distribution execs — even journalists are ignoring it. The problem, as everyone knows, is that it’s seen as a marketing challenge. Maybe, but it works when you sit down and watch it.
There’s one particular acquisition — First Look’s payment of $3 million for a piece of shit called The King of California, which is basically about a bearded Michael Douglas acting wiggy and eccentric and Fisher King-y — is driving me up the wall. Mike Cahill‘s movie is a wash, a throwaway…but it sold because distribs believe they can sell Douglas and Evan Rachel Wood in the leads. Once, trust me, is several times more likable and engaging, and yet distributors are reportedly steer- ing clear. As Jack Nicholson‘s gangster says in The Departed, “That’s called a paradox.”
Here’s one way to sell Once…..ready? Sell it as the best date movie since The Notebook. No, since Titanic. Use the old Don Juan DeMarco line — “If you can’t get laid after taking her to see Once, you can’t get laid.”
Here, if you’re interested, is the film’s signature song — Glen Hansard‘s “Slowly Falling”.