Brad Pitt was going to have two movies coming out in the early fall…but no longer. Alejandro Gonzales Innaritu ‘s Babel (Paramount Vantage, 10.6) is the keeper and Andrew Dominik‘s The Assassination of Jesse James by the Coward Robert Ford (Warner Bros., 9.15) is not. Warner Bros. publicity confirmed today that they’re delaying Jesse James‘s release until early 2007. This is being done, I’ve been told, “due to Brad Pitt’s shooting schedule for Oceans 13.” What…he’s going to be too busy making an ensemble film with 12 other guys to find time to do publicity for a couple of weekends? Sure thing. I can guess what’s actually happening, but when I get something solid I’ll pass it along. If any industry readers can fill me in (anonymously, of course), the usual confidences apply.

This one-sheet for Mel Gibson‘s Apocalypto (Disney, 12.8) really puts the zap on my head…something like that. Handsome, striking, quietly haunting…an image that sticks and stays. Reactions?

An amusing, well-written, for-some-reason very believable (as far as this stuff goes) AICN review of The Break-Up from “Masswyrm”. I believe it because the guy knows how to write, because he has a straight-arrow tone of voice, and because he says he’s married (and sounds married). The Break-Up tracking may be upticking (I’m now hearing opening weekend may hit the high 20s) but between this guy’s review and Brian Lowry‘s in Variety, this film looks effin’ doomed with the just-make-me-laugh crowd. And maybe, just maybe something that maladjusted hombres like myself might find a way to get into. I love these two portions: (a) “I just can’t get over the fact that this film is being released in the summer. It’s not a summer film. This is a fall release, something for the cinephiles to wash the taste of summer blockbusters from their palate. Closer in tone to The Good Girl, War of the Roses and the last half of Chasing Amy, this film is anything but heart-warming” and (b) “First, the good news. The Break-Up is a fantastic film of wonderful clarity, depth, insight and honest to god character driven comedy. The bad news? You’re probably gonna hate it. No, seriously. A lot of people are gonna hate the living shit out of this movie.” The more I hear stuff like this, the more I start to think I might enjoy it, or at least admire it. Maybe.

55 Comments
What does "Superman" switch portend?

My read on Warner Bros.’s decision to release Superman Returns two days earlier — on Wednesday, 6.28 instead of Friday, 6.30 — is that the marketing cats are figuring Bryan Singer’s humungously costly film will be pretty much over and done by the time Pirates of the Caribbean: Dead Man’s Chest comes along on July 7th, so why not go for the moolah by stretching out the 4th of July weekend as much as possible? I haven’t called my pallies with the tracking reports, but the general expectation is that Superman Returns will pull in…I don’t know what to write here. Those angry Ain’t It Cool guys have been gunning for this film for months now. Will geek sentiments matter? Do geeks ever matter when it comes to huge tenpolers? Is a figure of $140 to $145 million over the six-day weekend on-the-money, optimistic, a bit short…what? What are HE readers expecting? How interested?

I didn’t even watch the Indiana Jones DVD box set that came out in October 2003, so you can bet your ass I never would’ve paid for a limited deluxe “Indiana Jones Trilogy” DVD~set inside a “leather-bound box with additional deleted scenes, making-of docs, two large trade paperbacks and several CDs worth of John Williams’ scoring”…no effin’ way. But had this package been released I would have probably tried to score a freebie from Paramount Home Video or, failing that, tried to convince my homies at West L.A.’s Laser Blazer to let me rent one for a weekend. In any case, this is a good rant by Cinematical’s Mark Beall because…well, in his own words: “You are now looking at your piddly little boxed set with scorn and contempt, once again hating George Lucas and his fan-destroying DVD marketing. I wouldn’t fret if I were you, though, this [October 2003] set has double-dipping all OVER it, which means you’ll probably be able to pay another large chunk of cash for what you should have been able to buy the first time around.”

Phillip Noyce‘s Hotstuff, a stirring South African political drama based on the true story of Patrick Chamusso, an Average Joe laborer who became radicalized under the boot of apartheid in the early 1980s, is now being called Catch-a-Fire, according to a press release sent out by Noyce’s office about a filmmaking workshop that Noyce will hold for budding East African filmmakers in mid-August. One presumes that Hotstuff, a term used by an anti-terrorist Afrikaner policeman (Tim Robbins ) to describe Chamusso (Derek Luke), was dumped because of the sexual connotation. Catch-a-Fire will be released via Focus Features in October, and will most likely debut at the Toronto Film Festival.

No Comments
Sniffing Around 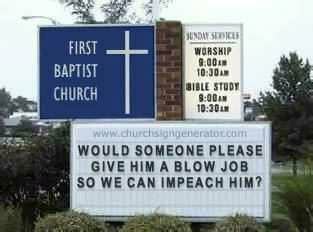 The full line-up for the Los Angeles Film Festival (6.22 through 7.2) won’t be announced until 5.31, but I’m trusting that John Scheinfeld‘s Who Is Harry Nillson (and Why Is Everybody Talkin’ About Him)?, which I saw at the Santa Barbara Film Festival earlier this year, will be included. (It’s been announced as an offering at next month’s Seattle Film Festival, with showings scheduled at Seattle’s Egyptian on 6.15 and 6.17). The LAFF roster so far includes The Devil Wears Prada , Little Miss Sunshine, Quinceanera and Leonard Cohen: I’m Your Man.

“Driven largely by smaller markets, RV” — the laugh-free, critically-dismissed Barry Sonnenfeld family comedy starring Robin Williams — “turned out to have the best legs of any major studio release this year, especially stronger than those of Mission: Impossible 3” — from Ben Fritz and Dave McNary‘s 5.30 Variety story, which isn’t so much about M:I:3‘s inability to crack $140 million domestic as the age-old axiom that there’s no accounting for taste.

Another pothole and a tough journey for director Baz Luhrman , who’s lost the services of leading man Russell Crowe in a forthcoming Australian period epic that reportedly still has Nicole Kidman on-board in the female lead role. I was intrigued when I first read about Luhrman’s stated intention to shoot the film’s big scenes in the organic, old-fashioned Lawrence of Arabia way, with a minimal use of CGI. Variety‘s Michael Fleming is reporting that Heath Ledger has “passed” as Crowe’s replacement, despite a recent N.Y. Post report saying he’s in. 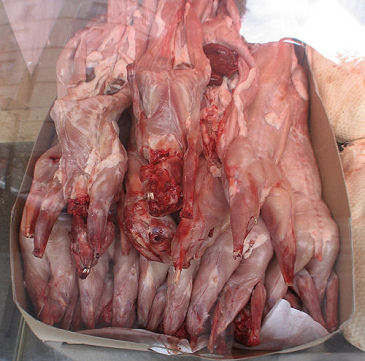 French butchers and their customers are more fully acquainted with their gastronomical savorings — Wednesday, 5.31.06, 8:05 am.