The people who run Soho House, a private club in the West Village, see themselves as the keepers of an elite but very delicate environment that can be harmed and/or diluted by photos of the club’s interior. I posted an award-level shot of the dining room in this space on Wednesday afternoon, and I was asked by Soho House management this morning to take it down. This episode plus that throughly-unto-itself Soho House vibe I described the other day (i.e., Londoners trying to keep the rude energy of New York outside while maintaining their idea of a certain clubby corporate serenity within) speaks for itself. I am at peace with never going there again. I think I could live with that very nicely.

Mia Farrow and her son Ronan, in their capacity as UNICEF Goodwill Ambassadors, are accusing Steven Spielberg of indirectly aiding and abetting the genocide in Darfur by cuddling up to Beijing government in his upcoming capacity as a 2008 Olympics visual pageant organizer.

“Is Mr. Spielberg, who in 1994 founded the Shoah Foundation to record the testimony of survivors of the Holocaust, aware that China is bankrolling Darfur’s genocide?,” Farrow wrote in today’s Wall Street Journal. “Does Mr. Spielberg really want to go down in history as the Leni Riefenstahl of the Beijing Games? Do the various television sponsors around the world want to share in that shame?

“Because they will. Unless, of course, all of them add their singularly well-positioned voices to the growing calls for Chinese action to end the slaughter in Darfur.” 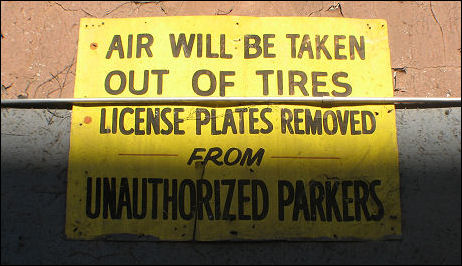 The news that Dreamgirls Oscar winner Jennifer Hudson has been cast as Forest Whitaker‘s daughter in Winged Creatures, which Hollywood Wiretap’s Pete Hammond reported exclusively earlier today, is supposed to quicken our pulses. I’m stilll trying to understand why this film is called Winged Creatures. (Sorry, but I naturally flashed back to Larry Cohen‘s Q — a film about the winged serpent called Quetzlcoatl.)

Winged Creatures is about a group of disparate people who are commonly affected by a “tragic shooting” in a diner. Question: has there ever been such a thing as a benevolent, easy-going, positive-minded or good-time shooting? Aren’t all shootings, including the shootings of animals, inherently tragic?

“Sources” — i.e., more than one person — have told Radar‘s Jeff Bercovici that George Clooney, who got into some kind of hostile shoving or fisticuffs with David O. Russell during the filming of Three Kings, was somehow involved in circulating those Russell vs. Lily Tomlin I Heart Huckabee video clips that got around a week or so ago.

Stan Rosenfield, Clooney’s p.r. guy, told Bercovici that it’s a bullshit rumor, but the Radar guy is speculating — emphasis on the “s” word — that a sound mixer named Edward Tise (who worked on Three Kings, Good Night and Good Luck and I Heart Huckabees) may have overly sent the video around at Clooney’s behest. Question: why did the person who sent the videos around wait until just recently to make his/her move, when the videos were making the rounds of the talent agencies last fall?) 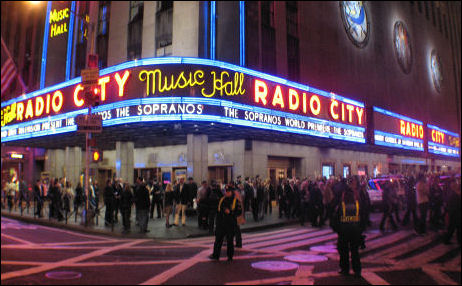 “Mike Binder‘s an interesting filmmaker,” AICN’s Drew McWeeny wrote two days ago. “As far as I can tell, he’s not chasing any trends. He’s not trying to make the next giantsupermegablock- buster. He’s just a guy who seems to be honing a personal voice, film after film, getting better as he does. He’s never become a hipster fave like Wes Anderson or [Paul Thomas Anderson], and he’s never achieved the pop culture significance of Woody Allen in the early days.

New York Post critic Lou Lumenick pays a visit to the last operating grindhouse in the New York City area. It’s a greasy dump called the Fair Theatre, “a successor to the tradition of the crumbling, grimy showplaces that used to line both sides of 42nd Street between Broadway and Eighth Avenue, located on a shabby stretch of Astoria Boulevard near La Guardia Airport.”

Lumenick hopped on the M60 bus and actually visited this place — alone, unarmed, no security escort.

“When I begin asking the ticket-taker questions, he summons an assistant manager who said he needed to check with his lawyer. He later told me he was advised not to talk about the theater ‘because of the lawsuit.'”

An inside operator who’s enjoyed a certain perspective on the making of Transformers (Dreamamount, 7.4.07), the forthcoming Michael Bay fantasy-actioner, feels it’s “loads of crap” and “not fit for a barge.” These and other opinions were amusingly conveyed in a Transformer wrap poem that was posted last night on a certain website, and then taken down. A journalist friend copied and and sent it along before the erasure. The Beowulfian account lies three graphs hence. 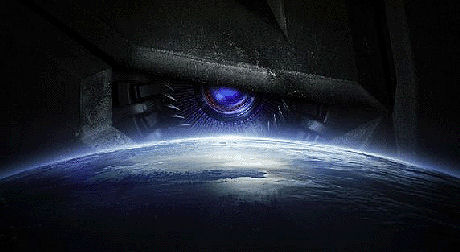 Merd bombs of this sort never factor into the film’s commercial reception. Older guys taking potshots at a super-expensive pre-pubescent fanboy action FX flick is almost a badge of honor. It’s certainly a matter of very limited consequence in the greater scheme.

What does anyone really expect from Transformers anyway? It’s based on a damn Hasbro toy line (my kids were into Transformers in the early to mid ’90s), so what could possibly manifest beyond a sense of high-robot uber-coolness and a blitz- kreig of hot-lead “Bay-os” (a term coined by producer Jerry Bruckheimer, accor- ding to Variety‘s Dade Hayes, that refers to “automatic weapon fire, rumbling car engines, sweaty military dialogue”). 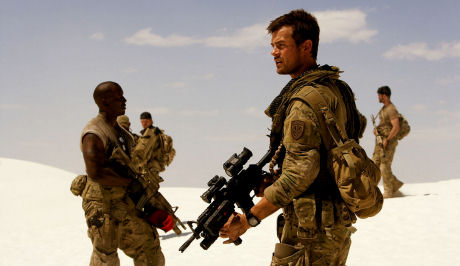 The film is a wrap?

Wow, how about that!

And the Stooges swallow this pap?

While Skorponok takes credit by and large.

The fact is today

There is nothing okay

The content of the film’s not fit for a barge.

All you sweet kiddles want in on the drama?

The trouble beginning to end

Decided him to fire

But then in a Hail Mary pass

“Do not fire me, no do not please”

The chubby young Goodman said on his knees

I can do something you don’t want to do

I can control Michael Bay just for you.

But decided to stay out of the mess

And keep this boy’s movie shit off my dress”

As only a dunce can

Proceeded to hide in the sand

For the first time in history

It was a complete mystery

Most trufans will want to take a long whiz

And though valiant and Brave Tom Ian and Don slaved

Fact is Goodman gave the keys to the Kingdom to Bayed.

If you hate the dumb story

And realize the characters are a worry

And wonder how Bay could screwup so bad

Remember the missive that Sugarboy brought you

It wasn’t just Michael but Goodman too!

Obviously the operator feels very strongly that Transformers could have been something better (better? “better”?) than what has apparently resulted under Bay’s transforming influence. What a lot of bitch-steam over nothing. The more profound malady, as I’ve said two or three times since the days of Pearl Harbor, is that Bay could be a much more influential and widely-respected top-tier director (his chops are second-to-none) if he only had the vision thing…if he only had the willingness (ability?) to grow a soul, or at least direct a script that has one in abundance without Bay-ing it down.