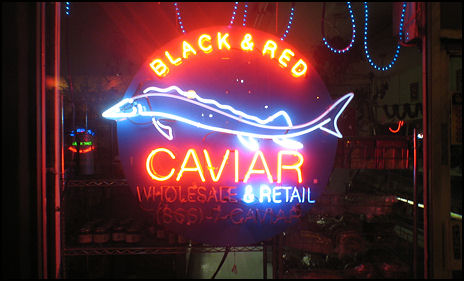 As of yesterday, Juno had made $53,048,310. And yesterday it was also the #1 film with a $1.4 million gross from from just 1,925 theaters, beating the same-day tallies of National Treasure: Book of Secrets ($1.3 mil) and I Am Legend ($1.1 mil), which both played in nearly twice as many houses as Juno. At this rate, it appears almost certain that Juno will crest $100 million.
That’s a mindblower. I never would have called that in a million years. This is just a sweet and sharp little film. I wasn’t levitating after I first saw it in Toronto. I knew that I liked it because it was well-written and well-acted. I still know that. But for me, this makes two head-scratchers in a single night.

Hanover and Dartmouth College aren’t in yet, but the statistics say that female New Hampshire voters went for Hillary Clinton big-time (as opposed to Iowa females who went slightly more for Barack Obama).
The sympathy/empathy factor — she’s one of us, give her a hug — is what gave Clinton a surge. One, Hillary saying “well, that hurts my feelings” in the debate. And two, the watery eyes and choking up in yesterday’s coffee-shop discussion. Go with your emotions and give your sister a hug. A wise and brilliant call by N.H. women.
Oh, and it was warmish out so a lot more over-60 female voters decided to brave the elements. And a bigger slice of the independents decided to vote for McCain at the last minute than anticipated. And don’t discount the return of “the Bradley effect” — it may be a lot more prevalent than we’re willing to admit.
I said last week that in the realm of the Democratic primaries, John Edwards is almost Ralph Nader. That’s changed now. I was scolded for those words and I now see the error of them. Edwards is Ralph Nader. If Clinton wins the nomination, a good portion of the blame will be on his head.

7:33 pm Pacific update: 65% of the New Hampshire primary votes counted, and Hillary Clinton has beaten Barack Obama by a slight margin. (John McCain has beaten Mitt Romney on the Republican side.) If you’re watching MSNBC you’ve probably noticed those vaguely stunned expressions on the faces of Chris Matthews, Keith Olbermann and others. This was almost supposed to be an Obama rout — a win by 7% to 10%. Even Clinton’s people were acknowledging that a tough loss was in the cards. I feel like Steve McQueen at the very end of The Sand Pebbles: “What the hell happened?”

“Organizers of the 80th annual Academy Awards, scheduled for 2.24, said they remained hopeful they could still produce a show as good as any of the preceding Oscars,” L.A. Times guys John Horn and Meg James reported today.
“‘We really think we can work out some sort of agreement that will allow us to do a traditional Academy Awards broadcast,’ said Bruce Davis, the Academy of Motion Picture Arts and Sciences’ executive director. ‘We will not be resorting to the kind of expedients that the Golden Globes are resorting to. We can do the kind of show the public expects of us.’
“The academy has yet to ask the WGA for a waiver for Oscar host Jon Stewart and his writing staff, but the WGA already has denied an Oscar request to use film clips without paying customary union residual fees.
“Academy officials are hopeful that their membership — thousands of prominent filmmakers representing all of Hollywood’s top unions, who value the importance of an Oscar — can help it reach a compromise with the WGA. But the WGA is on strike against Oscar broadcaster ABC, among other companies and networks, and the ceremony brings ABC tens of millions in profit.”

A handsome DGA nominees graphic from New York‘s “Vulture” column, and a question that is fair to ask: does the absence of Atonement director Joe Wright underline that this much-admired period romance, which many were calling the Best Picture front-runner last October and November, is now officially on the ropes…or is their life beyond this particular impression or cycle? 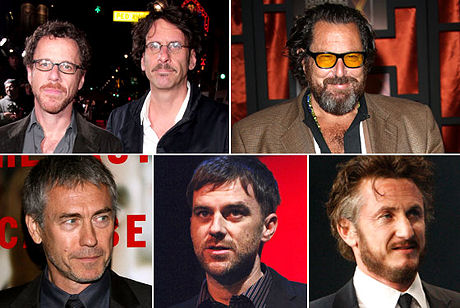 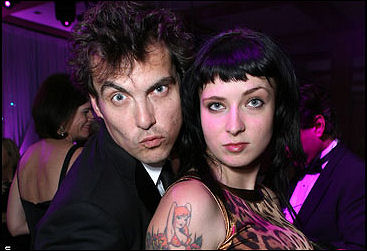 “‘As an African American who has supported Hillary, it’s tough,’ says one [movie] industry executive who asked not to be named. ‘You listen to Obama’s speech in Iowa, and it’s like your DNA kicks in. That’s hard to ignore. I’ve been very loyal, very dedicated. But this is rough. I don’t know what I’m going to do.'” — from Tina Daunt‘s 1.8.08 L.A. Times piece about Hollywood’s Clinton supporters suddenly tipping for Obama.

The 6th Visual Effects Society award nominations has an award category that honors subtle CG effects, called “Supporting Visual Effects in a Motion Picture.” This year’s nominees are the technicians who achieved invisible CG work in Zodiac (check out the “Director’s Cut” DVD short that explains what Fincher and Co. did….amazing), The Kite Runner, Ratatouille, We Own The Night and Blades of Glory. 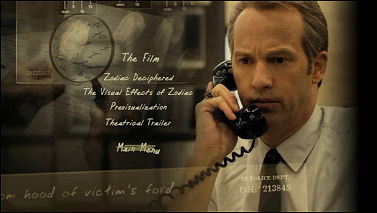 44 Comments
Hammond out at Maxim

Pete Hammond and Maxim magazine have parted company, apparently due to a decision by editor-in-chief James Kaminski not to have any movie reviews at all. Kaminski and senior editor Patrick Carone were hired by the mag’s new Alpha Media Group owners, who bought the operation last August from Felix Dennis Publishing. The mag is cutting back financially, as all print publications have been doing. Kaminski informed Hammond that Maxim has had “a change of philosophy” and hence no movie reviews on either the print or online versions. Kaminski allegedly deep-sixed movie reviews also when he was working at Playboy. I tried confirming this with Kaminski but he chose not to reply. Carone and the mag’s p.r. rep didn’t get back either. 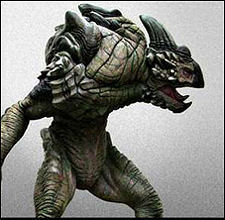 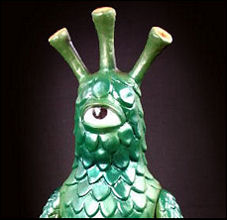 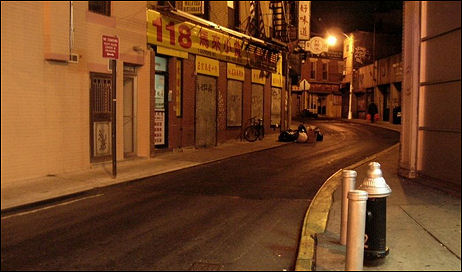 Week after week after week, N.Y. Times DVD columnist Dave Kehr creams over every elitist-esoteric Criterion/Janus/ Anchor Bay DVD that comes along — the dweebier and more Thalia-in-the- ’70s, the better. But every now and then he goes mainstream mushy, as he has today with a review of the fourth of fifth DVD transfer of Leo McCarey‘s An Affair to Remember (1957), a tightly corseted and overpraised weepie with Cary Grant and Deborah Kerr. 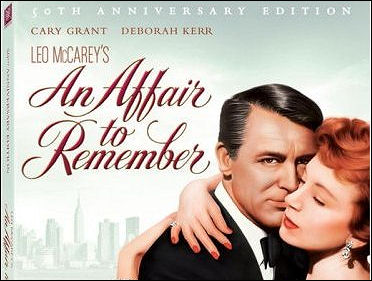 Kehr has kicked in with a heartfelt, well-written tribute to Grant’s acting and how his performance as Nickie Ferrante deepened his game with a new introspection, blah blah.
Every now and then Kehr gets out the violin and goes mainstream and talks about some schmaltzy movie that has gotten to him on some primal level (be it emotional or aesthetic). He did this with the last October’s Funny Face DVD. I was duly persuaded and went out and bought it and realized after watching this sometimes elegant but often repulsively candied Stanley Donen musical for 20 or 30 minutes that I’d been burned. I’m still smarting over Kehr having sold me on the Criterion Colection DVD of John Ford’s Young Mr. Lincoln. I bought it, popped it in and began muttering to myself after watching for 40 or 50 minutes….burned by Kehr again!
Kehr knows from art-film esoterica — give him that. He’s definitely a guy to listen to when it comes to the latest Samuel Fuller or Vittorio Se Sica box set. But caveat emptor when it comes to ’40s and ’50s schmaltz!