The best interviews in which both participants are filmmakers (or significant contributors to films) are those in which (a) there’s a very slight vibe of contention or aesthetic disagreement between them, such as the famous Steven Soderbergh-Lem Dobbs commentary on the Limey DVD, or (b) the interviewer admires the interviewee but not to a degree that he’s unable or unwilling to ask serious probing questions, like Soderbergh interviewing Mike Nichols on the Catch 22 DVD.

No offense, but the worst kind happen when the interviewer is obsequious and possibly favor-seeking, or is at least looking to avoid any question or remark that might persuade the subject not to hire him down the road.

This interview between JJ Abrams (Super 8, Star Trek, MI3) and composer Michael Giacchino (Lost, Up, The Incredibles, Star Trek, Let Me In) happened on June 12th at the Hammer Museum. Almost a month ago, and it’s only just now being posted? Lazy.

Even the notoriously scowly, Resurrecting The Champ-hating Devin Faraci has to admit that this new Straw Dogs poster is an improvement over the previous attempt, which was revealed on 6.14. I didn’t have a big problem with version #1 because it basically replicated the original 1971 poster while adding a slogan (which I could have done without) and a small insert of the face of Alexander Skarsgard, who plays James Marsden‘s nemesis, within the broken glasses. 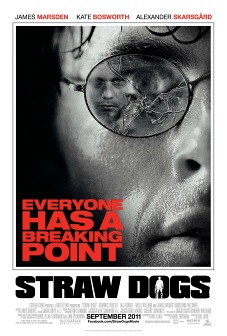 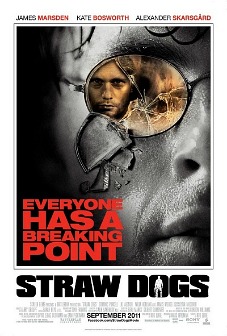 But the new version is better, I’m now realizing, because it (a) removes the amber color element inside the shattered lens, (b) makes Skarsgard into a much more subtle (and therefore creepier) presence while adding Marsden’s openly glaring eye, which was absent in version #1, and (c) gets rid of the chunks of broken glass that were previously stuck to Marsden’s cheek (and which were also stuck to Dustin Hoffman’s cheek in the original).

About 10 months ago I wrote that “the highest calling of a Hollywood columnist during awards season is to be a strong and impassioned shepherd and show the sheep where the good grass is. Not to imply sheep don’t have a nose for good grass on their own. Of course they do. But there is crabgrass, grass, decent grass, better grass, higher-quality grass and world-class gourmet grass, and I would humbly submit that committed shepherds have a special eye and an attuned nose for good grass…that’s all.

“Put another way, the Oscar-season columnists who say ‘I’m just taking the pulse of the town and staying out of the argument’ are like Judean shepherds on a hillside near Mount Sinai. Shepherd #1: “Look at those sheep over there, eating all that yellow grass and those weeds.” Shepherd #2: “Yeah, I know, and with that really nice looking patch of rich green grass to the left about 100 yards.” Shepherd #1: “Why don’t we get our staffs and scoot them over in that direction?” Shepherd #2: “No, no, that’s not our proper role. We’re here to just chill and observe and keep an eye on whatever the sheep are up to…nothing more.”

15 Comments
Bend With It

Every time I visit a convenience store I start looking around for those clear rounded plastic jars containing cheap black combs. I’m referring to ones made out of slim and bendable plastic with thin, malleable teeth that go for only 99 cents, and not the stiff and unyielding slightly heavier kind with overly dense teeth that drugstores sell for $3.50 or $4. Only down-at-the-heels liquor stores sell cheapo combs. I refer to them as James Dean combs. They slightly bend with your hair and slip nicely into your back jean pocket without a feeling of excessive rigidity. 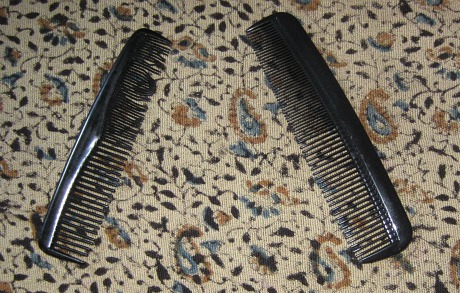 I’m obviously coming from a highly fickle place, but I’m always on the look for cheapo combs and they’re disappearing from the marketplace, i fear. Can’t find them anywhere. The next time I see a batch I’m buying the whole supply.

The latest obesity statistics (released by the Robert Wood Johnson Foundation and Trust for America’s Health) indicate that Americans are much heavier now than 15 years ago. There are now five states (Mississippi, Alabama, West Virginia, Tennessee and Louisiana) in which nearly one in three people are obese. And the state with the lowest 2011 obesity levels — Colorado, with 19.8 percent of adults considered analogous to walking sea lions — would have had the highest rate in 1995, the report says. 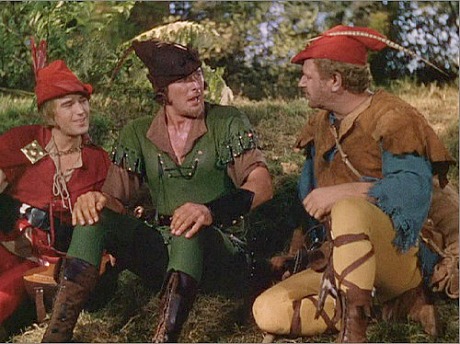 Think of that — every fifth person in the healthiest state in the nation has the physique of John Candy in Planes, Trains and Automobiles.

To get an idea of how things have changed over the last few decades, consider a light-hearted scene in Michael Curtiz‘s The Adventures of Robin Hood (1938) in which Alan Hale, Sr. (i.e., “Little John”) is repeatedly ribbed by Errol Flynn and his Merry Band of Men for being too heavy. They surround Hale and laugh and nudge him and really let him have it — your body is rather laughable, good fellow!

Except Hale’s Little John isn’t close to being fat by today’s standards. He has the physique of Seth Rogen before he lost weight for The Green Hornet. He’s definitely more svelte than Jack Black. Don’t even mention him in the same breath with pre-weight-loss, Get Him To The Greek Jonah Hill.

Sony Classics’ new Restless trailer allows me to repost my initial Cannes impressions of Henry Hopper — the 19 year-old son of the late Dennis Hopper — who stars in Gus Van Sant‘s film: “The movie is somewhat precious and Harold and Maude-like, but I sense that Hopper has more in his quiver than what the material has asked of him. He seems to be holding back for some reason. Which, to me, feels interesting.

“Hopper projects interior currents that have been thought through, or at least don’t seem too acting-school instinctual or showoff nutso. He has a reasonably steady, patient, almost Montgomery Clift-like vibe, which I would describe as bothered and vulnerable but not childish, and connected to some kind of integrity or value system — there are lines he won’t cross.

“There’s a sense of intelligence and discernment in Hopper. He doesn’t seem to be handing the role of Enoch — a kid who’s survived a car crash that took his parents’ lives and thereby has a morbid curiosity about death and ghosts and whatnot — in a manner calculated to appeal to dim-bulb teenage girls. And he’s good looking in a Clift-like way (similar bone structure, narrow nose).

“I don’t want to overdo this but he has…well, a sharp but oblique quality that could grow into something.” 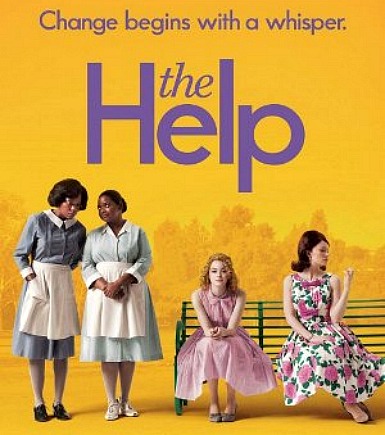