If you’re planning on catching Draft Day this weekend, watch these Moneyball clips and refresh your memory. This is how a really smart, grade-A sports movie walks, talks and soars. Draft Day isn’t a groaner. It’s appealing in some respects. Personable, not offensively bad, a few good lines and scenes. But this is what “confident” and “classy” and “upmarket” is…okay? 94% Rotten Tomatoes, motherfucker.

Every so often a piece of Bluray jacket art will offer a more interesting visual concept for an old film than the original poster did. A monochrome Rod Taylor and his Victorian time machine whooshing through time so fast that they exude a molten pinkish glow, like some kind of 1965 Gemini space capsule burning through billions of time molecules…that’s cool. On some level this upgrades George Pal‘s 1960 thriller (streeting on 7.8) and makes it seem like it has something people have forgotten about, even if it doesn’t. And it doesn’t. 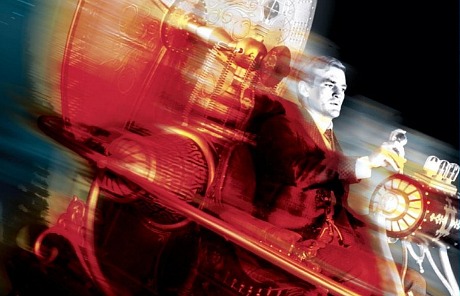 If I know Grantland‘s Bill Simmons, he’s probably going to blow it when it comes to posting a timely review of Ivan Reitman‘s Draft Day (Summitgate, 4.11). Simmons has the authority to call bullshit or give it a pass or whatever, but he generally avoids movie pieces and rarely posts when the moment is right. So with Simmons presumably out of the game (i.e., due to laziness or not giving enough of a shit), what knowledgable sports writer will step up to the plate? Right now Draft Day is waist-deep in Rotten Tomato quicksand with a fairly crummy 49% approval rating. Rope of Silicon‘s mild-mannered Brad Brevet hates it. N.Y. Post critic Kyle Smith wrote that Draft Day is so “lumbering and predictable, and its hero general manager is so dumb, it should have been called Dummyball.” 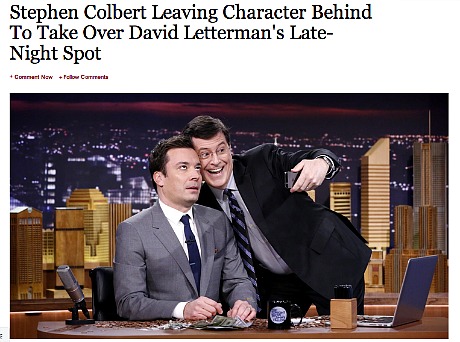 This morning I received an email from Criterion’s Peter Becker about the forthcoming Bluray of Richard Lester‘s A Hard Day’s Night, which was mastered off the original negative and allegedly will look and sound better than any previous version. (The TCM Classic Film Festival will show the Criterion version on the big TCL Chinese screen on Saturday at 6:30 pm.) But, as explained yesterday, I have a problem with Criterion’s decision to go with a 1.75 aspect ratio, which will needlessly trim off the tops and bottoms of the 1.66 version that has been in circulation for many decades.

“In pure technical terms this new restoration is in another league from any version of A Hard Day’s Night that has been out there before,” he began. “The source we used for the most of the film is the original negative, which is gorgeous. The film has been scanned at 4K resolution, meaning we have massive amounts more information to start with than [what] you have in a simple HD transfer, so the detail in the original negative is rendered with incredible accuracy. All the restoration work was completed at 4K resolution, which means we had extremely fine control of the restoration tools.