1:35 pm GMT Update: Heathrow-to-JFK flight leaving in 25 or 30 minutes. Arriving 4:45 pm EST or thereabouts. Earlier: Several weeks ago I booked a return from London’s Heathrow because there was something interesting to do in the London area. Then that thing didn’t pan out. Changing the flight to Paris was way too costly, or certainly less expensive than taking a Eurostar from Gare du Nord to London/St. Pancras at 8:45 am this morning, which will happen an hour from now. Then a 2 pm flight back to New York. No wifi on the train or the plane so there won’t be much filing except for what I can tap out on the phone.

Less than seven weeks before showtime, Andy and Lana Wachowski‘s Jupiter Ascending (Warner Bros., 7.18) has been yanked from the release schedule and bumped into a 2.6.15 opening, or seven months hence. The reason, according to WB distribution chief Dan Fellman, is that the Wachowskis needed more time to complete their work on more than 2,000 special effects shots in the film. All right, okay, maybe. The Wachowskis got jammed and said “to hell with the pressure — let’s downshift and get everything totally right and open Jupiter during the February doldrums instead.” That could have been it, sure, but no one will really believe that. The Wachowskis didn’t have a schedule of FX — when this and that would be done by this and that date — all planned out with plenty of time for last-minute refinements? I’m not doubting Fellman’s account as far as it goes, but there’s probably an undercurrent or two that isn’t up for discussion. When films get pushed back it’s rarely due to concerns about this or that technical post-production issue. 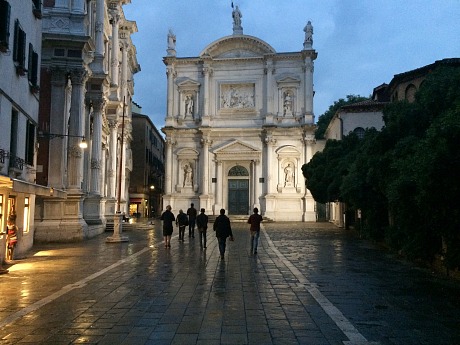 Hollywood Elsewhere is offering a raised-fist salute to actor John Lacy, who was canned three days ago (i.e., Saturday) for stopping a performance of Cat On A Hot Tin Roof at Newhall’s Repertory East Playhouse in order to deal with a drunken bigot who was heckling the show with homophobic slurs. Lacy reportedly jumped off the stage after the drunk wouldn’t shut up (the guy reportedly shouted “fag” more than once) and physically ejected him from the theatre.

This is how all drunken assholes should be dealt with. Lacy is to be applauded, not fired. He sounds to me like a guy Denzel Washington might portray in a film. A man of slow-burning conviction who doesn’t take shit.

The show reportedly continued following the incident and concluded to a standing ovation. Lacy was fired right after the performance. The REP authority figure who did that (probably executive director Ovington Michael Owston) should be ashamed of himself and offer apologies all around. The theatre has since announced the closing of the Tennessee Williams play “due to casting loss.” The REP’s official statement notes that “cast members” have left the show, which indicates some of Lacy’s fellow cast members resigned in protest when he was whacked. 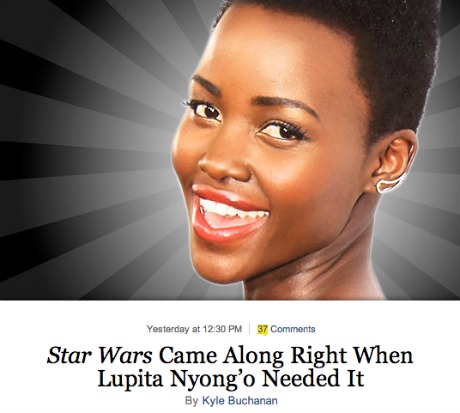 For me the most eerie and bizarre aspect of Left Behind (Samuel Goldwyn, 10.3) is that over-sized shirt collar worn by Nicolas Cage in the poster. Will you look at that thing? I haven’t seen a movie star wearing a collar that gauche-looking since the ’70s, when elephant collars (so named because they look like Dumbo ears) were the sartorial norm. Okay, yes, there are people out there who wear oversized shirt-collars but they tend to be Kiwannis Club hinterlanders who shop at Sears and have no taste in the New York or Milan or Paris sense of that term. Movie stars are expected to look a little better (think Denzel’s airline pilot in Flight) than average people, and Cage — I’m sorry but what can I say? — looks like a total putz here. Look at that expression! “Duhhhh, I just wear what the wardrobe woman gives me…in any event this movie is about the rapture, not shirt collars!” 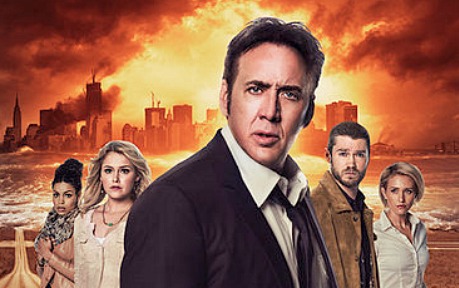 I hate trailers for big-name, heavily-promoted comedies because they always spoil too many punch lines and physical comedy stunts. I was excited about 22 Jump Street when the first teaser popped last December. Now it’s five and a half months later and I almost feel numb about it, which pisses me off because this obviously clever, possibly hilarious film would be a good deal more pleasurable if I hadn’t watched succeeding trailers 39 times. At least Scott Foundas‘s Variety review has me back in the mood. Costars Jonah Hill and Channing Tatum are “both marvelous physical comedians, and much of 22 Jump Street turns on Laurel-and Hardy-like juxtapositions of Hill’s short, stocky inertia against Tatum’s chiseled, gravity-defying grace. Tatum has been too good too many times now to still be deemed a revelation, but he seems especially boisterous and joyful here, like a mischievous first-grader trapped in a linebacker’s body, or perhaps a very deft comic actor who only belatedly came into a full sense of just how funny he can be. Whatever becomes of the Jump Street franchise from here, let no man put this acting partnership asunder.” 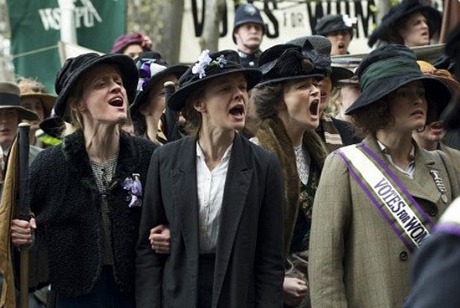 Last night People‘s Mary Green posted a statement from Brad Pitt about being attacked at last Wednesday night’s Malificent premiere by the obviously deranged Vitalii Sediuk, the Ukrainian ex-journalist. Pitt’s statement was presumably given verbally to Green and then transcribed, and that’s fine. It just needs a few edits. Corrections and comments are in bold:

Pitt: “I was at the end of the line signing autographs [no comma] when out the corner of my eye I saw someone stage-diving over the barrier at me. I took a step back [but] this guy had latched onto my lapels.” HE comment: Excellent first sentence, tight and clean, off to a good start.

Pitt: “I looked down and the nutter was trying to bury his face in my crotch [no comma] so I cracked him twice in the back of the head — not too hard [no dash] but enough to get his attention, because he did let go.” HE comment: What does “cracked” mean exactly? A hard open-palm slap? A clenched-fist punch? I myself would have karate-chopped Sediuk on the back of the neck, the benefit being that when the media asks for a quote “karate-chopped” sounds more studly in a martial-artsy way.