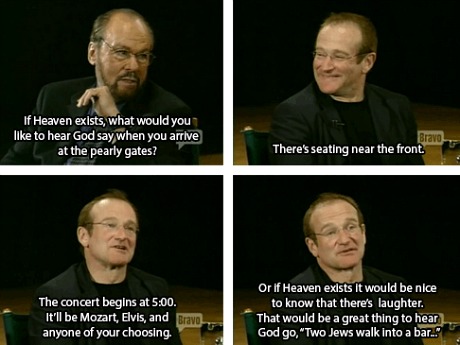 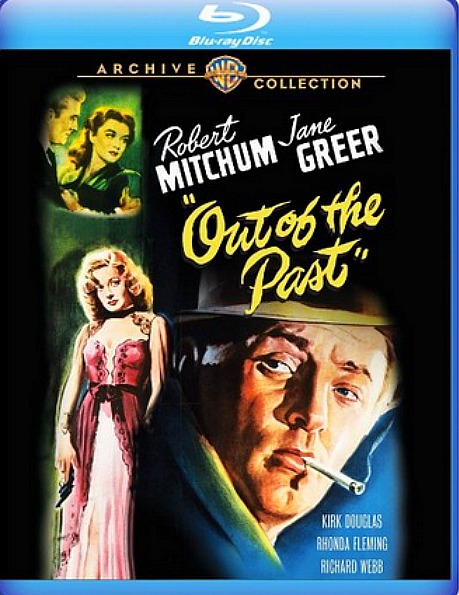 Earlier today I made three or four efforts to reach David Thomson to ask if there was some way to post an mp3 file of his commentary track from the old Image laser disc of Out Of The Past. It was really sage commentary, and it just seems a shame that the Warner Archive guys didn’t try to include it on their new Bluray, which pops tomorrow. 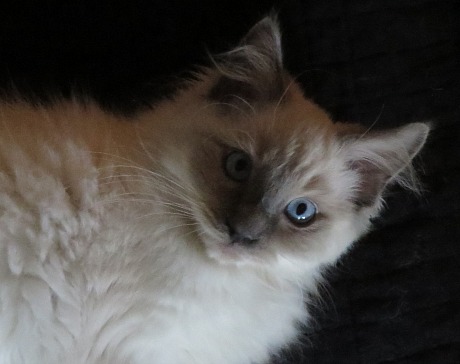 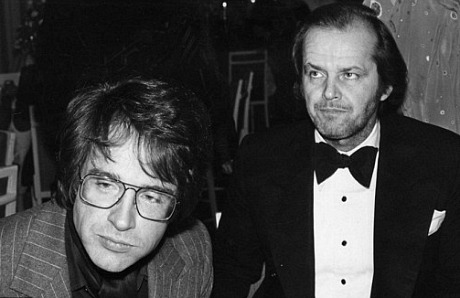 Nicholson’s hair is the same length and styling worn by Jack Torrance (not to mention the beard growth) so you can figure this was taken sometime in ’79, or during filming of The Shining. And probably a little before shooting began on Warren Beatty’s Reds, to judge by Beatty’s hair length.
August 11, 2014 6:46 pmby Jeffrey Wells
3 Comments
Will Maps Ever Open Stateside?

“I was amused when Maps to the Stars screenwriter Bruce Wagner claimed during the Cannes Film Festival that Evan Bird‘s Benjie Weiss character, a poisonous 13 year-old superstar who immediately summons thoughts of Justin Beiber, wasn’t written or cast with Beiber in mind. A friend told me he ran into Beiber at the AMFAR during the festival. He said he didn’t ask about the Cronenberg film because such a question would have seemed rude given that Wagner had stuck to the party line, etc. ‘Oh, please!,’ I replied. Never trust the artist — trust the tale.” — from a 5.30.14 post called “Blather.”

Robin Williams, 63, has been found dead of asphyxiation. In other words by his own hand. I’m very, very, very sad about this. The poor guy had been wrestling with severe depression, probably in part because his heyday was clearly over and he was on a kind of career downswing. I hate to say this but he was. Life can feel so awful and cruel at times when the heat leaves the room and the candle starts to flicker. The weight can feel crushing and oppressive. And for a guy who seemed to burn a lot more brightly than most of us, certainly in the late ’70s, ’80s and ’90s. A genius improviser, gifted madman and comic superstar for…what, 25 years or so? Williams hadn’t been landing the greatest films or roles over the past decade or so but from the peak of Mork and Mindy fame until One-Hour Photo…what a run! But this…this hurts. It reminds us that we’re all hanging by a thread in a sense, some thinner or stronger or more resolute than others. 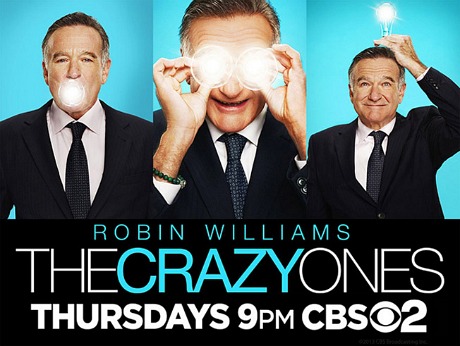 Let’s put aside the fact that no one outside the target demo (i.e., none-too-bright women) would want to go anywhere near a screening of this icky romantic tale. Let’s just address the fact that both lovers are played by younger and older actors — the high-school-aged Dawson Cole (what kind of a horseshit Nicholas Sparks name is that?) is played by Luke Bracey and the 20-years-older version by James Marsden, and the teenaged Amanda Collier is played by Liana Liberato with Michelle Monaghan portraying her at age 38. Bracey and Marsden don’t even look like cousins much less the same person; ditto Liberato and Monaghan. You can’t invest in this kind of thing — it’s impossible. Why not forget the younger actors and simply de-age Marsden and Monaghan the way the 42-year-old Matt Damon was very convincingly de-aged in Steven Soderbergh‘s Behind the Candelabra? It’s well within the reach of today’s technology, and it’s not like Marsden or Monagahan are looking “old” or anything. They’re both relatively young and unwithered.

Patricia Arquette‘s grounded performance as Ellar Coltrane‘s stressed-out mom in Boyhood has been attracting some awards talk. Obviously the smart play would be to go for Best Supporting Actress as (a) the film is largely an ensemble piece and (b) Arquette’s Olivia is obviously not the lead. Two of P.A.’s biggest supporters right now are Awards Daily‘s Sasha Stone and Indiewire‘s Anne Thompson. It’s obvious they have personal motives above and beyond their respect for Arquette’s acting. They’re both hard-working moms and so they naturally relate to Olivia’s burden. Plus both their daughters are either approaching or just past college age and so they know something about the heartbreak of letting your child go in order to find his or her own way, which is what Olivia expresses at the end of the film. There’s nothing wrong with feeling this identification or expressing how it’s touched you.

I’m mentioning this because I too feel an identification, and that’s with young Ellar as he suffers under not just one but two boozy, bullying stepdads whom Arquette marries over the course of Boyhood. Dickhead husband #1 is Bill (Marco Peralla), a silver-haired political conservative and a major-league alcoholic. Dickhead husband #2 is Jim (Brad Hawkins), an Iraq/Afghanistan War veteran with another alcohol problem and a kind of brawny, obnoxious, don’t-fuck-with-me approach to parenting.

Arquette eventually divorces them both, but she’s the one who has brought this shit into her children’s lives. I therefore came to dislike Olivia (or at least not respect her very much) for being so selfish as to not give a little more thought to the kind of guys she was installing as a stepdad. It’s one thing to make a mistake with the wrong guy once, but twice? By marrying the same kind of asshole? And making the kids pay for it more than anyone else?

May I respectfully suggest that Awards Daily‘s Ryan Adams was being either careless or disingenuous last Friday when he posted a “Best Actress Watch” (still, mini-synopsis, trailer) about Kristen Stewart‘s generally admired performance in Camp X-Ray? I remarked the same day that this plus Stewart’s deservedly praised turn in Clouds of Sils Maria have made 2014 “a kind of breakout year” for her. But neither will draw the kind of heat that will even begin to generate a conversation, much less serious enthusiasm, about a Best Actress nomination. Forget it — it’s not in the cards. If you’re going to use the term “Best Actress Watch,” use it earnestly.

If you’ve seen Brighton Rock (’10), you know something about the inclinations of director Rowan Joffe. That plus this mind-of-a-confused-woman thriller (based on the book by S.J. Watson) in a kind of flashy-spooky vein — Memento + Shutter Island meets handheld video recall — tells you right away that Before I Go To Sleep (Clarius, 9.12) is almost certainly a paycheck programmer, undoubtedly containing the usual third-act twist. The fact that Ridley Scott is one of the producers tells you “hmm, maybe” but then you also notice that Avi Lerner (The Expendables 3, Olympus Has Fallen) is also a producer. If Lerner ever produces a film that is anything but formulaic popcorn fare I will grow wings and fly to the moon.

I did a phoner yesterday morning with John Scheinfeld, director of the PBS-produced Dick Cavett’s Watergate. The show aired last Friday on KOCE, and there’s a possibility it might re-air on some PBS station this week. (It’s very hard to figure out PBS programming.) Either way it’s watchable online. As I said last Saturday, the show shoots “those old Watergate junkie highs right back into your system.” And yet I complained to John that 55 minutes isn’t long enough to re-explore this delicious if appalling chapter in American history. The material could easily allow the doc to run two hours or at the very least 90 minutes, but PBS wasn’t interested. Cavett’s ratings were always below Johnny Carson‘s back in the day, which eventually led to ABC cancelling his show in ’75. And yet Cavett’s percentage of the viewing audience was much higher than what Jimmy Kimmel, David Letterman, Jimmy Fallon, Craig Ferguson or Conan O’Brien are attracting today for the simple reason that he and Carson were the only two talk shows back then. Again, the mp3. 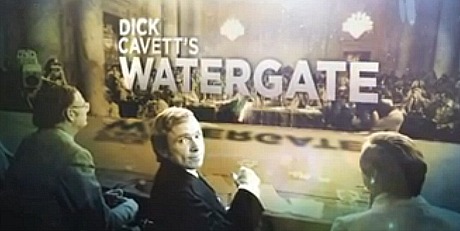 The director of Who Is Harry Nilsson (And Why Is Everybody Talkin’ About Him)? and co-director of The U.S. vs. John Lennon, Scheinfeld is about to start work on a documentary about jazz legend John Coltrane.