Support on Patreon Follow @wellshwood
90 Comments
Just Around The Corner 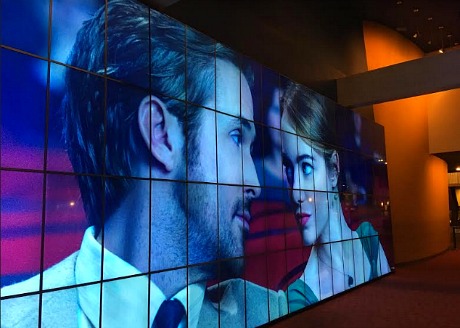 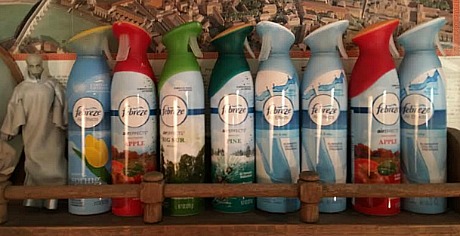 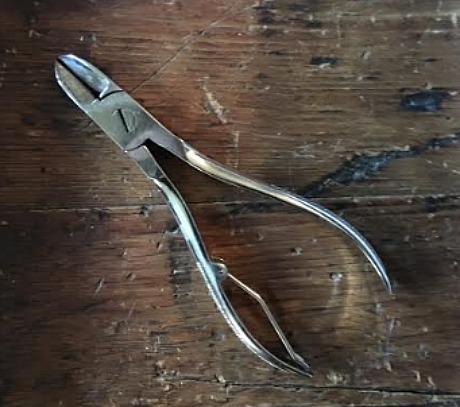 Snickering about the National Board of Review has been a media pastime for decades, but for the most part their annual award choices, to be fair, have been fairly wise and spot-on. Today the NBR guys announced their 2016 awards, and Kenneth Lonergan‘s Manchester By The Sea was far and away the big winner — Best Film, Best Actor (Casey Affleck), Best Original Screenplay (Lonergan) and Best Breakthrough Performance (Lucas Hedges). They also gave their Best Adapted Screenplay award to Silence, or more precisely to co-writers Jay Cocks and Martin Scorsese. This in itself indicates that Silence might be a serious head-turner. Maybe. Here’s hoping.

The only head-scratcher was the NBR’s decision to give a Spotlight award to the “creative collaboration” of Peter Berg and Mark Wahlberg, which is mainly a nod to the efficiently spot-on Patriot’s Day. What the NBR should have done was give Berg-Wahlberg a special award for the finest, most crazily chaotic and realistic shootout sequence in years. 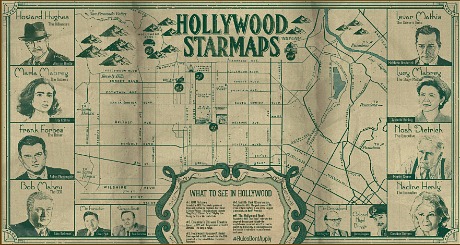 Santa Barbara Film Festival honcho Roger Durling has gone all in on Denzel Washington. The Fences director-star will receive the Maltin Modern Master Award on Thursday, February 2nd at the 2017 Santa Barbara Film Festival (2.1 thru 2.11). This is tantamount to Durling placing a Nick the Greek-like bet on Washington’s shot at landing a Best Director or Best Actor Oscar, or Fences itself landing a Best Picture Oscar…who knows? When “Nick” bets, the elite award-season blogaroos listen, and they in turn pass their excitement along to Academy and guild members. SBIFF tributes always inject an aura of heft, esteem and good favor, and the Maltin is the SBIFF’s highest honor. It’ll be a hot time in Denzelville that night…wine, excitement, a knockout tribute reel, hail fellow well met, etc. The last time Hollywood Elsewhere witnessed a Denzel q & a in front of an audience was in December 2007 at Harvard University. The Santa Barbara event will be an even bigger lollapalooza.

By the rules of our electoral college system (i.e., not by the popular vote), Donald Trump was legitimately elected as the nation’s president on 11.8. But his cabinet nominees so far, a rogue’s gallery of repealers, deniers and roll-backers, are an echo of the hard-line Communist apparatchik attitude behind the 1991 coup d’etat in the Soviet Union — a severe pushback against the moderately liberal reforms of the Gorbachev era (glasnost). The forthcoming Trump program represents the last dying power grab of the white, nationalist, corporate-centric right — anti-liberal, Republican, climate-change-denying, xenophobic, obstinate, polluting, racist, odious. A current list of Trump’s proposed cabinet members seems nothing short of ghastly to anyone with a vaguely humanist, semi-progressive attitude. The latest blood-drainer is Health and Human Services nominee Tom Price, a six-term, arch-conservative Georgia congressman who apparently intends to repeal or significantly gut the Affordable Care Act. These are the dark times. The earth is weeping, in shock. Every day brings a new permutation of the nightmare. 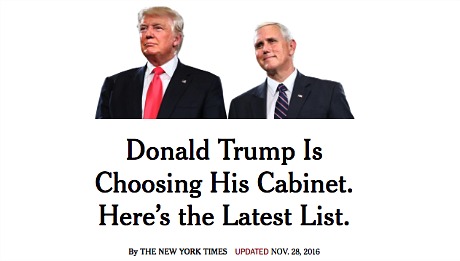