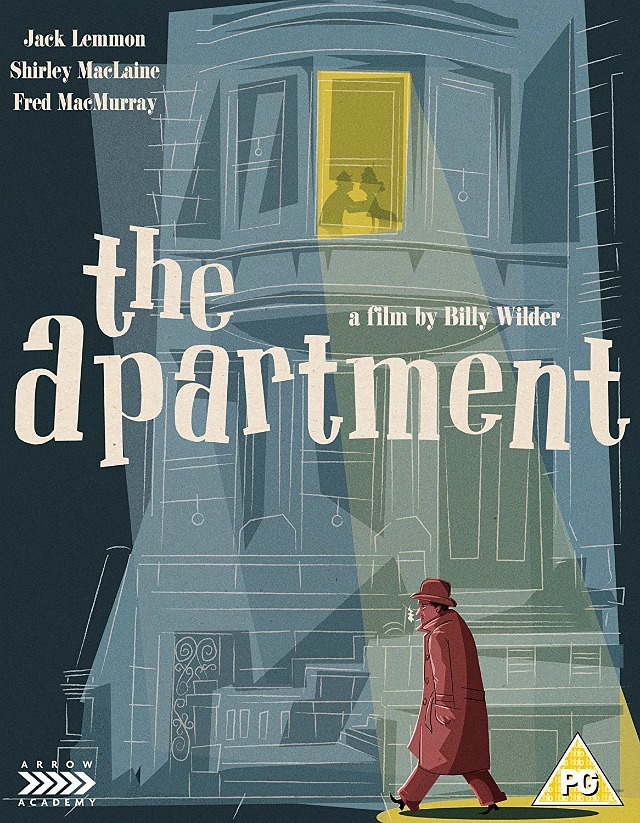 I’ve been saying all along that Fatih Akin‘s In The Fade (Magnolia, 12.27) is a gripping, must-see melodrama, and that Diane Kruger‘s fierce, emotionally raw performance — she plays a widow seeking vengeance against neo-Nazi terrorists who’ve murdered her son and Turkish-born husband — absolutely warrants a Best Actress Oscar nomination.

This grim but compelling German-lanugage drama, which has been shortlisted for the 2017 Best Foreign-Language Feature Oscar, finally opens tomorrow in Los Angeles (West L.A.’s Royal) and New York (IFC Center, Landmark at 57 West).

In The Fade is much better film than the aggregate critic scores — 60% from Metacritic, 63% from Rotten Tomatoes — would have you think. I know when a film is nailing it true and straight, and there’s no question that Akin’s film is worth seeing at a theatre, paying for parking. buying the popcorn, etc. 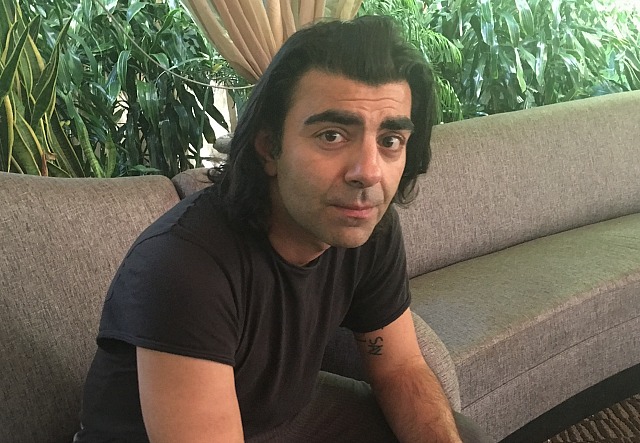 In The Fade director, producer and screenwriter Fatih Akin during a recent chat the Four Seasons hotel in Beverly Hills.

From my 10.4.17 review: “Set mostly in Hamburg, Fade starts with Katja (Kruger), her clean-living Kurdish/Turkish husband Nuri (Numan Acar) with a drug-dealing past, and their young son Rocco in happy-family mode. That lasts less than ten minutes. A home-made nail bomb outside Nuri’s office explodes, and Katja is suddenly a child-less widow. She wilts under agonizing pain and a near-total emotional meltdown, and understandably decides to temporarily medicate with drugs, and then nearly ends it all by slitting her wrists.

“But then a suspicion she’d shared with her attorney, Danilo (Denis Moschitto), about anti-immigrant Nazis having planted the bomb turns out to be accurate. Katja learns that evidence she had given the police has led to the arrest of Andre and Edda Moller (Ulrich Brandhoff, Hanna Hilsdorf), a pair of young neo-Nazis with international connections. There’s no doubt these two are the culprits — Katja had seen Edda leave a bicycle near her husband’s office two or three hours before the blast.

During my first viewing of Dunkirk I kept thinking back to this Atonement tracking shot. Why the hell were they shooting those horses? The image of that far-off rotating ferris wheel is brilliant. Technical bravura for technical bravura’s sake? Not for me — Wright didn’t just capture the entire Dunkirk sprawl but told several little “stories” as the camera floated along. Director Joe Wright was the king of the world when this shot was captured 11 years ago; Darkest Hour is full of vigor and rich compositions, but no one scene rivals this. Hats off to cinematographer Seamus McGarvey. 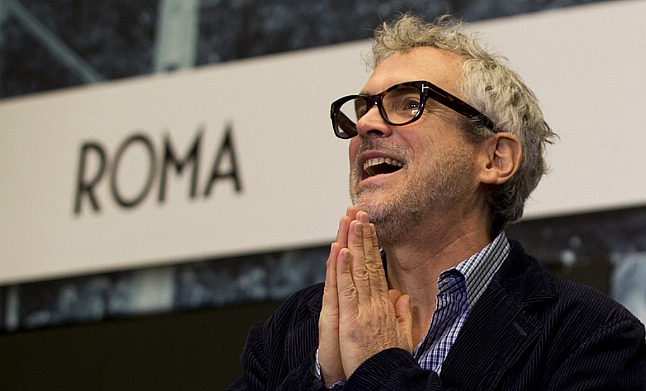 This Jay Thomas story is decades old, but eight years by Late Night with David Letterman. I had honestly never heard it until this morning. It loses something if you don’t have an image of Clayton Moore’s Lone Ranger. Best line: “…that pause the stoned people have before they react.” Sorry to read that Thomas died last August.

Loony-right spokespersons are always in lockstep when it comes to news-show interviews. The current unified, Trump-mandated message is “the justice department is harboring a corrupt, agenda-driven, deep-state cabal,” etc. The troops, in short, appear to be fluffing up the bed for either (a) Trump’s dismissal of special prosecutor Robert Mueller or (b) his replacing Deputy Attorney General Rod Rosenstein with a pro-Trump overseer who will hinder or restrict Mueller’s investigation. When and if this happens, an immediate and widespread response is essential.

WATCH: GOP Rep. Francis Rooney calls for 'purge' of FBI, accuses some in the agency of being a part of the 'deep state' pic.twitter.com/kkJTBPFeui

It feels funny to be agreeing with Tucker Carlson’s essay about Matt Damon. As everyone knows Damon was recently all but lynched for remarks he shared with Rolling Stone‘s Peter Travers ten days ago. “There’s not a single sentiment in [what Damon said to Travers] that’s not defensible or that 90 percent of the American population would find over the top or outrageous,” Carlson said. “It’s all within bounds or it would have been last year. [But] because a handful of Twitter users don’t like it, the rest of us have to pretend that Matt Damon is somehow guilty of something awful, and if we don’t pretend, we may ourselves be seen as collaborators in whatever crimes he supposedly committed and forced to share his punishment.” 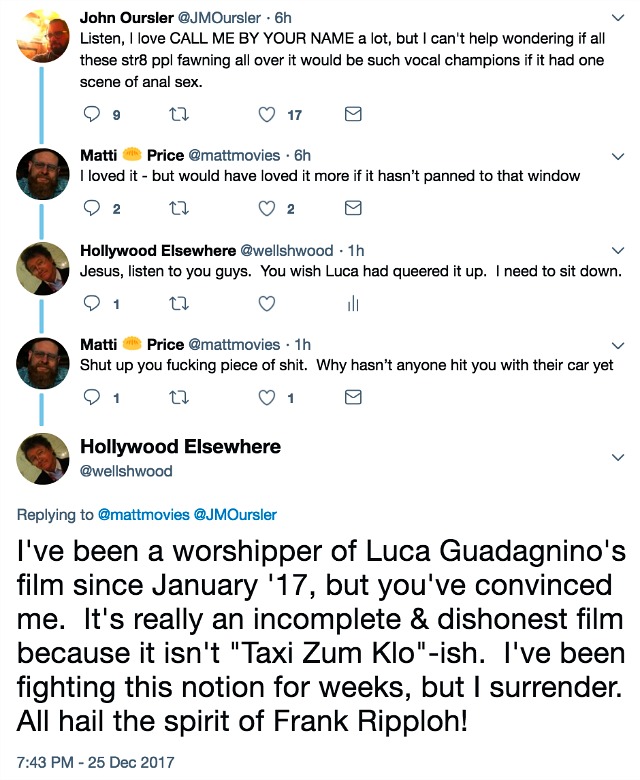 A 2nd annual Park City Women’s March will happen on Saturday, 1.20, at 9 am. Barring some unexpected hazard and exactly like last year, Hollywood Elsewhere will be there with bells on. Passions were running high 11 months ago, but with the building of the #MeToo movement over the last ten weeks plus the 16 (or is it 19?) Trump assaults plus the generally deranged mindset of his administration since 1.20.17, the fervor should be even stronger next month. Here’s a tee-shirt link.

31 years ago and four months after a calamitous U.S. debut, Willard Huyck and Gloria Katz‘s Howard The Duck opened in England with a new title — Howard…A New Breed of Hero — and without any indications (at least in the print ads) that the hero was white and feathered. I don’t know if this approach was used in other European territories, but it would’ve made sense, given what happened with the straightforward U.S. sell. If IMDB figures are correct (total U.S. haul was $16,295,774, worldwide gross was $21,667,000), the European marketing didn’t help. Honest admission: I’ve never watched Howard The Duck start to finish — I’ve only seen a third of it on DVD. 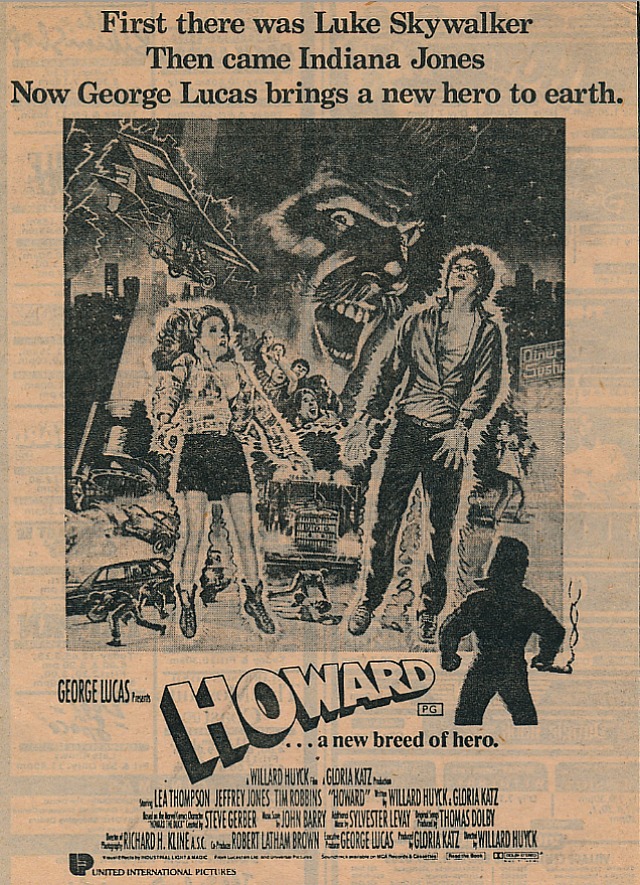 I realize this photo was taken last August, but it’s an American classic. It belongs in the same gallery with that shot of a sailor kissing a nurse in Times Square on V-J day, that woman wailing over a guy killed at Kent State University, Barack Obama hugging the grieving parents of Newtown, etc. 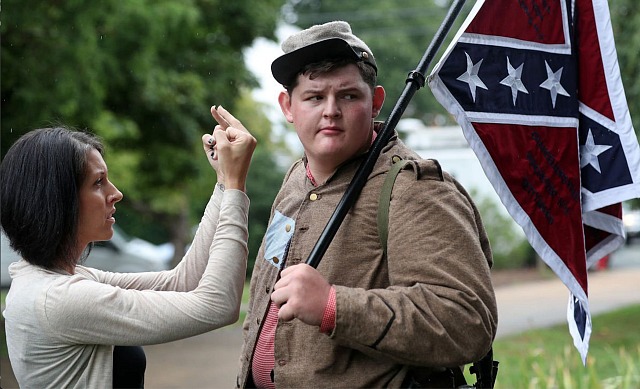 A friend who lives overseas wrote the following earlier today: “I’m really suffering, and I feel really alone and broken. The closest people to me have all betrayed me in the last days. Go figure. The truth is that this world is not good, and people are afraid of the things they truly crave. I try so hard to be so good and give to so many, but receive so little of that care or kindness or closeness in return. And it hurts the most when it’s on a day like today, on Christmas. Yes, I know, just a random holiday but still.”

HE response #1: “If we were sitting in a cafe somewhere and you said ‘the closest people to me have all betrayed me in the last days,’ I would naturally say ‘whaddaya mean…betrayed you how?’ I’m presuming that at least one of these betrayals had to do with a woman hurting your feelings. Well, you don’t need me to tell you that this is sadly and eternally par for the course. Ask Frank Sinatra. Lovers ignore, pull back, occasionally bruise, cause hurt, sometimes even draw blood. Obviously not all the time but often enough for what I’ve just written to be a cliche. Quelle surprise!”

HE response #2: “What can I tell you? People mainly look after themselves. I don’t think that rule of existence is going to change any time soon. My grandparents used to have a green candy-serving bowl in their living room, and I distinctly recall chuckling as a nine or ten year-old at the slogan painted upon it: ‘People are no are no damn good.’ Ever since I’ve been measuring human behavior against this somber assessment, and my considered opinion today is that more than a few people (especially those blessed with good genes and decent educations and non-traumatic upbringings) are actually quite ‘good’ as far as kindly, considerate behavior goes.

“But you’ll never find a center of happiness if you’re looking for others to do it for you — to offer love and respect and care for you in the right ways — to provide that balm, those hugs, that emotional support system that we all want and need. That was probably what my grandparents were irked about, and they had several friends and a large extended family to hang out with from time to time. Friends and lovers are blessings but not solutions, and they never will be. Take yourself off that treadmill, get shut of it. Here comes another cliche: ‘Happiness and sadness are illusions — opposite sides of the same coin.’ We’re all part of a single, spherical, immaculate universe of chance and destiny. Buy a copy of the Bhagavad Gita, listen to Van Morrison on vinyl, sail into the mystic.”

HE response #3: “Or get hold of the Bluray of Brian Desmond Hurt‘s A Christmas Carol.”