The real title of this post is “Fights I’ve Been In But More Often Chickened Out Of.” When I was younger a few drunken guys wanted to take a poke at me and some made good, but when you get right down to it I’ve only been in three actual fights in my whole life. I sometimes fantasize about victorious encounters but this is reality, Greg. I’ve always been more of a politician and a turn-the-other-cheeker than a pugilist.

From a critic friend: “Just saw Roma. WOW! Alfonso Cuaron is a master of long takes and complicated tracking shots. The set pieces — the forest fire, the birth, the sea rescue — are simply amazing. Great cinematography. And a very human story, with a great character in the center. I’ve been to Mexico many times (going back again in January) and the whole mise en scene of this film really resonated for me.”

The first thing I said when I watched this trailer was “more family-market crap.” The second was “over-acting by CG beasts.” The third was “sub-par CG, like it was made 15 or 20 years ago.”

65 Comments
A Lot of Rural Women Don’t Care, Are Dumb As Rocks

Did you know there are millions of women out there who live and think locally, who are mainly interested in getting a spread of butter on their bread, and who don’t give that much of a damn about gender politics? How many millions of women have supported unregenerate bad guys (Donald Trump, Brett Kavanaugh, Ron DaSantis, Brian Kemp) in recent elections? And why?

Could it be because they’re cowed, mule-stubborn, under-educated, racist or just flat-out stupid? Like their dumbshit boyfriends or husbands, they’d rather push back against coastal liberals and multiculturals than vote sensibly or logically, and they don’t give a flying fuck about supporting women’s rights or female candidates.

You want the real truth? An African-American actor friend said this to me a couple of decades ago, and if he were to post this on Twitter he’d be ripped apart by wild dogs: “Many women will bow down to the conqueror.”

“If we’re going to be sisters, the first rule has to be: Do no harm. [But when you elected] Trump to the White House, you broke that rule. Now, I figured that after nearly two years of this debacle on Pennsylvania Avenue that you would see just how wrong you were about him. I thought it might upset you when the president nominated Brett Kavanaugh for a seat on the Supreme Court and stood behind him even after a highly credible alleged victim, or more than one, said Justice Kavanaugh often drank more than his fill and had sexually assaulted them. I assumed it would make your stomach churn to see families separated at the border and children caged for weeks in makeshift camps. I assumed it would only be a matter of time before you abandoned the prospect of a presidential ‘pivot.’

Then came the first significant mass murder that was completely unmotivated and made no apparent sense to anyone (and still doesn’t) — the 2017 Las Vegas slaughter by Stephen Paddock.

Last night’s Thousand Oaks slaughter was the same kind of thing — carried out by a guy (28 year-old ex Marine Ian David Long) who had no apparent axe to grind, didn’t love ISIS, didn’t hate gays, wasn’t against this or that politician, etc. The victims of both massacres were country-music fans, and in both instances the shooters killed themselves.

This country has become a never-ending horror film. And it’s mainly the nutter conservative gunnies…the crazy right-wingers who feel they have to push back against the libertines, the lefties, the wily pathan, the multicultural hordes and the Godless pagans.

Before last night’s On The Basis of Sex guild screening I sat down with Bill McCuddy and Neil Rosen of “Talking Movies.” The topic was mainly the Broadcast Film Critics Association documentary awards, which are happening on Saturday in Brooklyn. A few docs that should have been at least nominated were blown off, for some reason. Eugene Jarecki‘s The King, a transcendent doc about Elvis Presley and American culture, was ignored. Matt Tyrnauer‘s 100% brilliant Studio 54 was also given the go-by…why? Ditto a pair of HBO docs — Marina Zenovich‘s Robin Williams: Come Inside My Mind and Susan Lacy‘s Jane Fonda in Five Acts. Why didn’t they nominate Divide and Conquer, the phenomenal Roger Ailes doc?

Judd Apatow‘s The Zen Diaries of Garry Shandling, my absolute favorite doc of 2018 and arguably the best film Apatow had ever made, has been nominated for Best Limited Doc Series. What does that mean? It’s not a series but simply a long film (i.e., 270 minutes).

I was torn over which film to choose in the MOST COMPELLING LIVING SUBJECT OF A DOCUMENTARY category. The nominees are Scotty and the Secret History of Hollywood, RBG, Free Solo, Bad Reputation, Quincy, Three Identical Strangers, John McEnroe: In the Realm of Perfection and Filmworker. I kept flip-flopping between Scotty Bowers and Leon Vitali, and finally went with Scotty because Leon wouldn’t answer my numerous inquiries about the 4K 2001: A Space Odyssey doc. 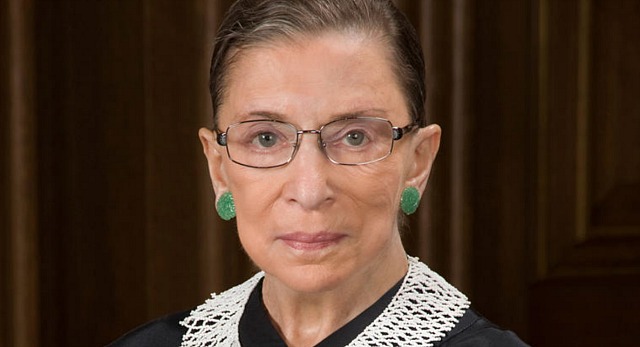