There’s no questioning the oft-shared observation that Green Book, winner of the 2019 Best Picture Oscar, is less than Olympian in certain respects. It’s no one’s idea of a complex film, and it’s a long way from classic arthouse fare. It’s a smoothly assembled, well-acted period dramedy that’s based on a true story — a 1962 road trip that actually happened, and which is based on first-hand recollections of the men who shared this experience — the late Don Shirley and “Tony Lip” Vallalonga.

It’s a parent-child relationship film that’s mainly about the child (Viggo Mortensen‘s under-educated goombah chauffeur) finding it within himself to take a couple of steps toward even-handed adulthood and compassion. That’s all it is — nothing more.

Director Peter Farrelly and his collaborators went after a certain chemistry, a certain mood. It delivers a genuine feel-good vibe — one that I felt in my gut when I first saw it last September in Toronto — and although it was clearly made in a familiar, carefully measured, commercially calculating sort of way, Green Book deals honest, upfront cards. The stellar lead performances by Mahershala Ali and Viggo Mortensen close the sale.

Alas, the p.c. left tried to kill Green Book over and over. Ask anyone in the Oscar-strategizing business — it was one of the ugliest attempted takedown campaigns in Hollywood history.

But Academy members, to their eternal credit, told the haters to stuff it. It’s not that I think Green Book is an especially brilliant or mesmerizimg film, or that it delivers a profoundly meaningful subcurrent or after-vibe or what-have-you, but the tears of joy that came to my eyes when it won are about the glorious decision by Academy voters to tell the Stalinist lefties and p.c. virtue–signallers to go fuck themselves…that they like or love what Green Book is about and how it made them feel, and to hell with the snooties.

For this reason alone this is a very happy night for Hollywood Elsewhere. The Academy flipped the bird to the haters, and that, to me, is a fairly wonderful thing.

For the record: Yesterday Tatyana predicted with absolute confidence that Green Book would take the Best Picture Oscar. She has a pretty good track record, so I just thought I’d mention this.

She also told me months ago that Cold War, which she loves, will never win the Best Foreign Language Oscar. Because, she said, “Americans are unable to understand what it was like to live under Communism, and the fear that ruled the lives of the two lovers (played by Joanna Kulig and Tomasz Kot) and penetrated their psyches. Cold War was a huge success with the European Film Awards voters (Best Picture, Director, Actress, et. al.) but not as much over here. Kulig’s character, Zula, is fueled by passion but deep down is a Slavic woman, a woman who wants to feel protected by her male partner. As much as she’s chemically attracted to Kot’s musician character, he didn’t make her feel this way.” 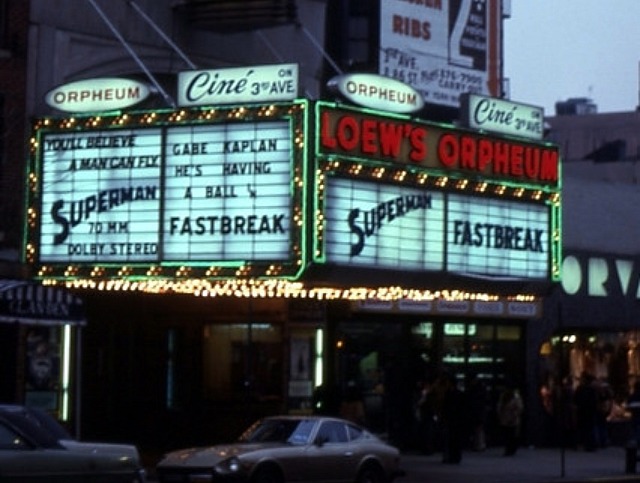 If Roma wins the Best Picture Oscar, fine — quality-wise it occupies the highest rung. But I’ve been predicting Green Book to win for a few weeks now. I’m just presuming that deep down Academy members will vote for the film that they actually like the best, as weird as that may sound in the present political climate. I’ve heard so many say that they found it boring or slow, that the first half is about Yalitza Aparcio sweeping and mopping up, or that they resent the Netflix factor. If it wins, all hail in-house Netflix award-season maestro Lisa Taback. If it doesn’t, there’s always The Irishman next year. 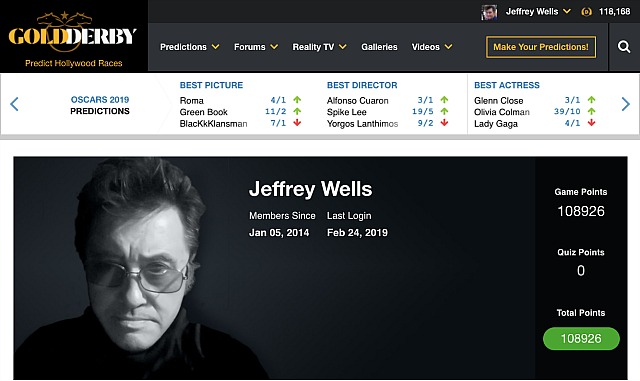 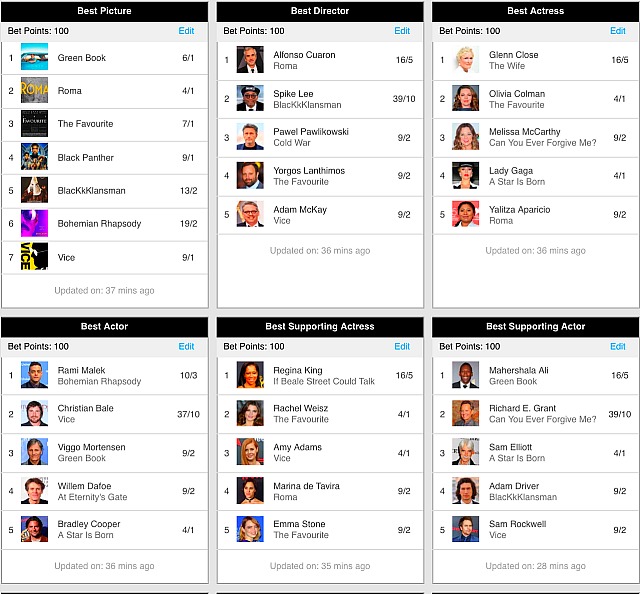 Anecdote #1: “I attended the Reservoir Dogs after-party at the Majestic Hotel in May 1992 — I was filing for Entertainment Weekly at the time.” Anecdote #2: “I was walking along Blvd. St. Germain with a girlfriend around…I forget but it was probably around ’04 or ’05. Something like that. And suddenly there was Tim Roth at a sidewalk cafe with a lady friend. I’d met him once or twice so I said hello, got into some verbal ping-pong. My girlfriend didn’t know Roth — not a crime in itself — but made the mistake of asking him who he was. Roth’s face darkened. The vibe turned sour. Never ask anyone who they are. It’s better just to smile and say ‘hey’.”

Over the last 30 years I’ve lived in two homes that I’ve truly enjoyed and felt proud of. A second-floor Hollywood hills rental at 8682 Franklin that I shared with my ex-wife Maggie and our new-born son Jett between ’88 and ’89, and a 1920s Spanish-style home in Venice that Maggie and I bought ($385K) — 715 Superba Ave., elevated railroad-beam garden, jacuzzi in rear, converted office-garage. I’ve been in the same West Hollywood abode since the ’91 divorce, and the best adjective I can apply is “agreeable” — comfortable, well-furnished, choice location, nice hardwood floors, great wifi, etc.