“Zero Tolerance,” a 54-minute Frontline report about the Trump administration’s war on immigration, began streaming four days ago. I’ll be watching it this weekend. Any reactions?

Boilerplate: “FRONTLINE investigates how President Trump turned immigration into a powerful political weapon that fueled division and violence. The documentary goes inside the efforts of three political insurgents to tap into populist anger, transform the Republican Party and crack down on immigration.”

“Everything about Tom Harper‘s The Aeronauts seems tailored to the lowest-common-denominator ADD demo. Every line and scene is aimed at the peanut gallery. Every potential risk and thrill element (almost falling out of the passenger basket, climbing up the side of a balloon in frigid weather) struck me as cartoonishly crude and exaggerated. The recreations of early 1860s London felt about as genuinely atmospheric as the depictions of mid 1930s London in Mary Poppins Returns, which is to say “pass the crackerjack.” It all feels like a movie — a show for the shmoes.

“The bottom line is that I didn’t care very much about Eddie Redmayne and Felicity Jones above the clouds. One of them could have frozen to death (one almost does) or fallen to the earth and I wouldn’t have blinked an eye. I’ve had a problem with Redmayne ever since The Danish Girl, and especially since Jupiter Ascending. He has a deeply punchable face.

“Just as the voyage begins there’s a moment when Amelia Wren throws a small dog out of the basket about 150 feet up, but he lands safely with a parachute. (This was apparently a real-deal stunt that Blanchard or Graham did to amuse the crowds.) If only The Aeronauts had shown this stunt going wrong…if the parachute hadn’t opened and the dog had gone splat on the pavement, I would’ve respected it more. At least that would have been unexpected. As is, The Aeronauts is completely predictable and assembly-line.” — from “Aeronauts Ain’t For Me,” posted from Telluride on 9.1.19.

57 Comments
How Funny Can Murphy Be?

Eddie Murphy is going to perform some comic standup specials for Netflix. Reports have stated he’ll be paid between $40 and $70 million for these shows.

$40 to $70 million for telling jokes? Doesn’t that kind of drain the humor out of things? How funny can you be when you’re pocketing that much coin?

And what’s he gonna riff on? Murphy used to be about nervy material and envelope pushing. Obviously that’s out these days. You can’t do convention-defying comedy these days unless you’re some kind of despised outlaw renegade like Louis C.K. The wokesters have pretty much killed any semblance of a comic atmosphere…no?

A recent People article, quoting Murphy in a discussion with Today‘s Al Roker, said that “he’ll be working with different material now that he’s older and a father of 10.

“Last time I did stand-up I was 27 years old,’ Murphy said. “I look at some of my old stuff and cringe. Sometimes I’m like, I can’t believe I said that! I’m 58 now so I don’t think I’m gonna approach it the same way.”

In other words, no more jokes in the tradition of “Mr. T in a gay bar.”

Murphy told Roker he’s going to prepare for the Netflix thing by doing a tour of comedy clubs.

“You gotta go to the clubs [although] I haven’t started doing that yet,” he said. “I never wrote stuff out on paper. I would be having a conversation and I’d say something funny. And I’d be like, ‘Oh, that’s funny,’ and I would go try it on stage. That’s never stopped, I’ve just stopped taking it to the stage.”

If you ask me Murphy permanently surrendered his funnyman card when he left the Oscar telecast after he didn’t win the Best Supporting Actor Oscar for his Dreamgirls performance.

Donny Deutsch to Elizabeth Warren: “I’ll tell you one thing. You tell 160 million Americans that they can’t have or choose their private health care insurance, you’re gonna lose an election.”

Bill Maher (later in the show): “What do you think of polling that says 70% of Americans believe that the U.S. is on the verge of a civil war?”** Donny Deutsch: “You wanna see a civil war? Trump loses, he’s gonna tell people to take to the streets.”

Richard Gere’s Zack Mayo: “SJWs got nowhere else to go!”

Hollywood Elsewhere and the rumble hog rarely pay for underground parking. In the vast majority of cases there’s enough room to squirm past the plastic white barrier gate; ditto on the way out. This is one of the many delights of two-wheeled travel in this town.

Before last night’s Irishman premiere the three of us (Tatyana, myself and the Yamaha Majesty) managed to barely squeeze past the barrier going in, but upon leaving the space to the right of the gate looked too tight. (Or so it seemed at the moment.) So I maneuvered right behind a scruffy Toyota or Honda of some kind. The guy paid, the gate want up and I followed him right out — standard opportunistic procedure in parking lots across the globe, I presume.

There was a security guy (white shirt, black tie, badge) who was standing around. As Tatyana and I sped off, I could hear the security guy express alarm (“heeeeyyyy!”) but even with my helmet on and the engine roaring I could sense he wasn’t that into it. Maybe he was amused. He gets paid either way.

In the worldwide box-office realm, Todd Phillips and Joaquin Phoenix‘s Joker has become the highest-grossing R-rated film of all time. It has so far earned a grand tally of $788 million. Until today Deadpool‘s worldwide tally of $738 million had established it as the top-earning R-rated film from Bangkok to Bangor to Marseilles and beyond.

But domestically speaking, Mel Gibson‘s The Passion of the Christ (’04) is still Numero Uno with earnings of $370 million. Joker‘s U.S. tally is currently around $259 million.

Instant victory, hands down, don’t even debate it.

And if homophobic African-American voters (of which there are quite a few) want to stay home and not vote, fuck ‘em. Bruce and Pete will win in a walk either way.

Everyone I know is slightly concerned about Warren’s chances against Trump, and a lot of people feel a little funny about the schoolmarm thing. (Don’t even mention the prevailing bumblefuck attitudes about Medicare for all.). And Droolin’ Joe is finished, of course. Pete should top the ticket, of course, but the homophobes are ass-draggers. 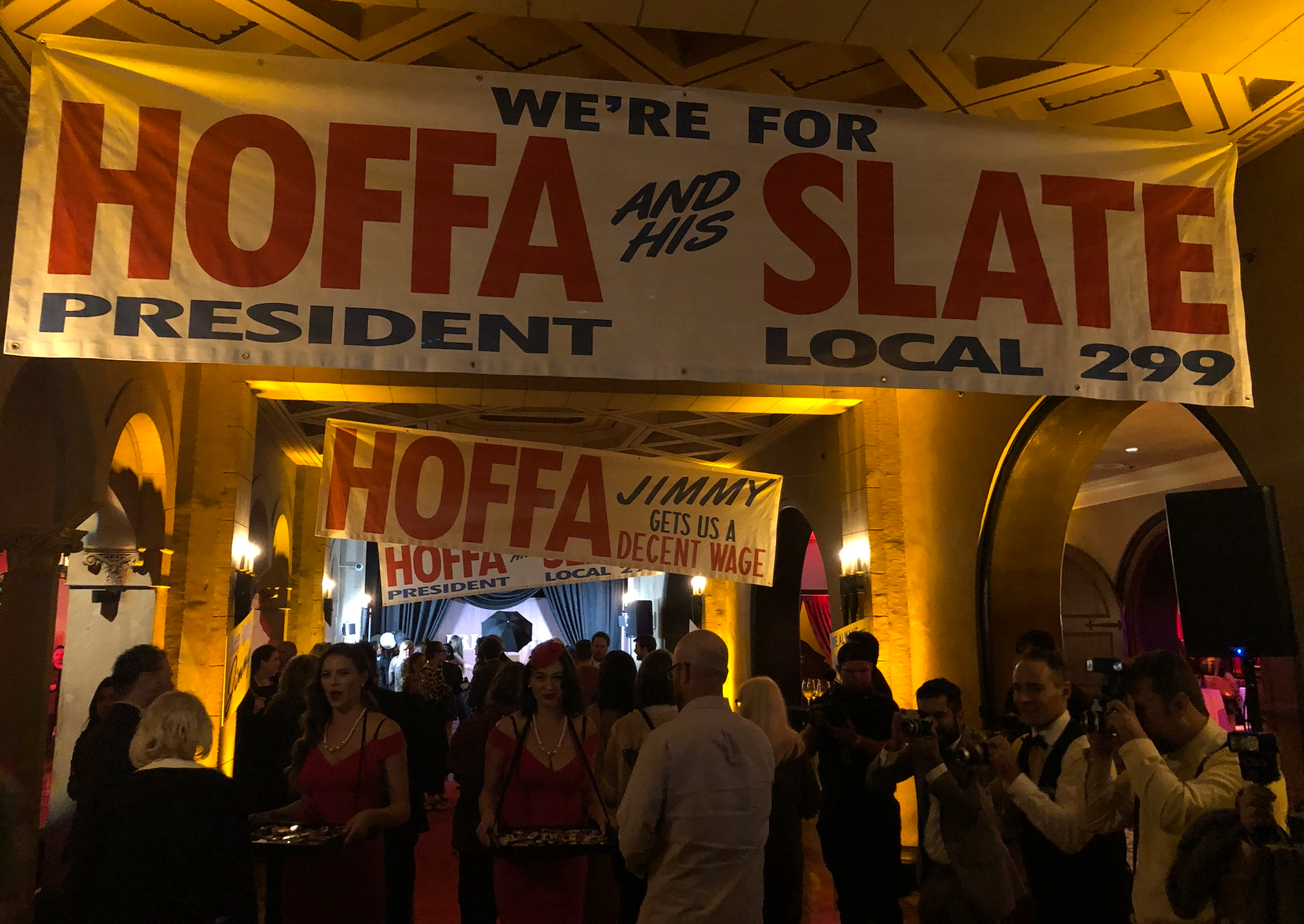 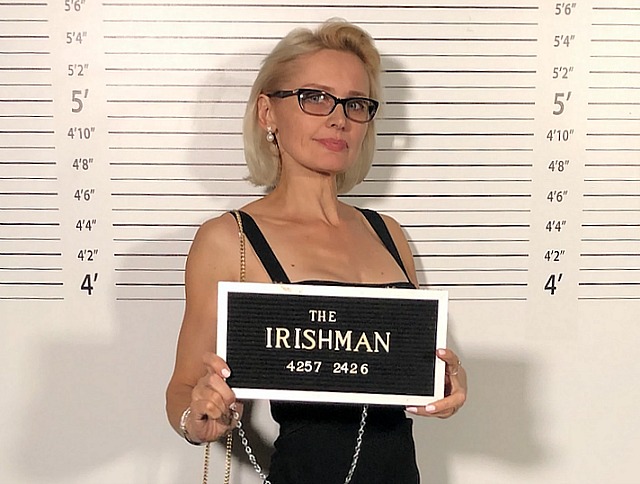 Everyone I speak to is in full-on worship mode for Bong Joon-ho‘s Parasite, and that’s fine. But Robert Eggers‘ The Lighthouse (A24, 10.18) is so much better, so much more of a carefully composed, immaculate gourmet banquet feast than Parasite, it really isn’t funny. Parasite is very good; The Lighthouse is a masterwork. 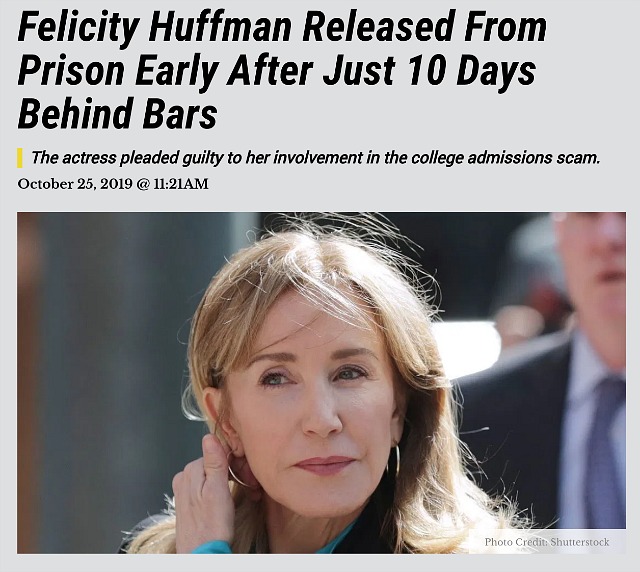