Support on Patreon Follow @wellshwood
13 Comments
Years Have Flown By 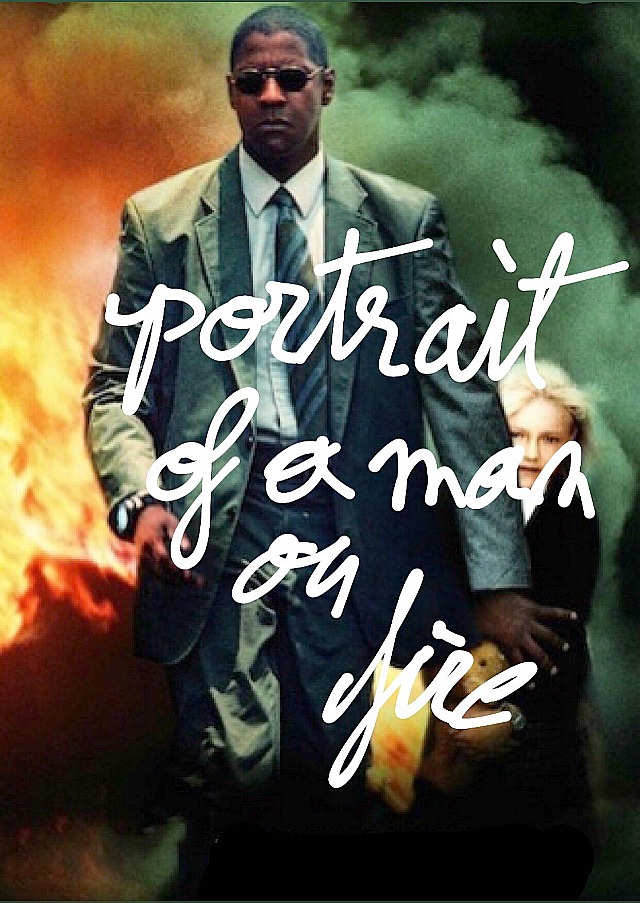 Gavin O’Connor‘s The Way Back (Warner Bros., 3.6) looks like a redemption drama — a former basketball star turned boozing middle-aged construction worker (Ben Affleck) lands a gig as a high-school basketball coach, and despite problems and potholes and setbacks along the way a certain feel-better catharsis…well, we can all sense where it’s going. Which is why we pay to see this kind of film. I’m hearing, however, that it’s not Hoosiers. That’s all I’m going to say.

Rahm Emanuel (starting around the 50-second mark): “[Bernie Sanders‘] candidacy is built on a false premise, both strategically and policy-wise. On the political side, if you look at President Clinton’s two wins and President Obama’s two wins plus the ’06 and 2018 midterms…they all come with the same paradigm of a victory. Which is a big urban and big suburban turnout which leads to a majority. Bernie Sanders’ view is ‘I don’t want these moderate fickle voters…we just have to turn out our base.’

“And to me, in six elections we have won one simple way, and very straightforward — a center-left strategy. [Bernie’s] view is ‘forget the center…we just want to be left.’ And that’s never been tried, and the turnout in three elections…not a big number but at least you can look at it…has not been generated the way he says it has.

“I don’t think there are 70 million socialists waiting to be woken, but don’t know that they’re socialists yet. He’s upending six successful national models of an election.”

A half century ago a fascinating dispute about the then-embryonic feminist movement happened on The Dick Cavett Show. The combatants were Playboy publisher Hugh Hefner and feminist writers Susan Brownmiller and Sally Kempton.

You can immediately sense currents of vague alarm from Hefner and to some extent even from Cavett, and a certain patronizing tone from an avuncular psychiatrist who was sitting next to Hefner on the couch. Hefner blew himself up early on by addressing Brownmiller and Kempton as “girls” — so clueless.

A good deal of what Brownmiller and Kempton said during this segment is so conventional by present-day standards and not even approaching controversial.

Imagine if Brownmiller or Kempton had said to Cavett, “Just wait…50 years hence we’re going to have such a strong and compelling narrative that the older male establishment will be trembling…there will be a thing called ‘cancel culture’ that will have certain abusers shaking in their boots.”

Brownmiller: I think most of the marriage laws are very discriminatory. Against women.
Cavett: Except in California with alimony, apparently. [to Kempton] Would you accept alimony if you were divorced?
Kempton: No.
Cavett: You wouldn’t.
Kempton: Except I would think that a woman who has spent her whole life being a housewife and mother should [accept alimony]. I think that in such cases alimony is really the price that men pay for women’s oppression.
Cavett: How do you explain the Margaret Chase Smiths and Helen Gurley Browns and Bess Myersons…women who’ve somehow fought through the system.
Brownmiller: Society always allows a few to get through. There are always loopholes.
Cavett: You speak as if there’s a conspiracy to keep women in their place.
Brownmiller: There is a conspiracy.
Cavett: But not a conscious one. You don’t think I go around consciously oppressing women, do you?
Brownmiller: No, I don’t think so. Watching your shows, I really wouldn’t think [so]. You seem to like intelligent women, and you’re not afraid to have strong, intellectual women on your show. You’ve had marvellous intellectual discussions with Beverly Sills…
Cavett: That’s because I’m weak and like to be dominated.

How dare the French Film Academy ignore the army of anti-Roman Polanski protestors by giving him the Cesar award for Best Director? Don’t they understand that the Cesars are not about honoring the finest in artistic achievement but about submitting to the current political narrative among #MeToo progressives and in furtherance of concurrent cancel-culture decrees?

Seriously, the members who voted for Polanski are to be commended for not allowing the militants to intimidate them into voting differently.

Variety is reporting that “numerous walkouts” happened at the Salle Pleyel when the Polanski win was announced. One of the evacuees was Best Actress nominee Adele Haenel, star of Portrait of a Lady on Fire.

I realize that institutional film awards are rarely about quality in and of itself and are usually about what the majority of voters believe to be the most the urgent political concerns (or moods or trends) of the moment.

In the French film industry there are two camps — the old guard and the progressive anti-Polanski-ites. The latter group, wanting to send a message to the industry about patterns of sexism and sexual exploitation, were angered that Polanski and An Officer and a Spy were nominated for several Cesar awards, and are now doubly appalled that he won.

Variety‘s Elsa Keslassy: Polanski didn’t attend the festivities. He announced a day or two ago that he feared a “public lynching” by feminist protestors if he went. Earlier today An Officer And A Spy producer Alain Goldman and star Jean Dujardin also announced they also wouldn’t be attending the Cesars. Goldman told AFP “an escalation of inappropriate and violent language and behavior” towards Polanski was the reason.

After all these months of dismissing Typewriter Joe Biden, I’m now in the double-back position of wanting him to prevail against Bernie the Destroyer.

I know Bernie has the nomination all but locked up, but even with the coronavirus + recession advantage, Bernie will still scare the shit out of right-leaning voters and thereby excite their turnout on 11.3. Biden won’t scare them so much; ditto Buttigieg. That’s an extremely critical factor.

Not that it stands a chance of becoming a determining or decisive factor. Not unless the COV-19 outbreak becomes so bad and the economy goes into such a terrible tailspin that Trump’s wounds prove insurmountable…unless that comes to pass we’ll be stuck with The Beast until January 2025. And that’s pretty close to death.

The heart portion of this CNN town meeting video begins at 6:00. HE readers will note that Chris Cuomo is wearing whitesides. 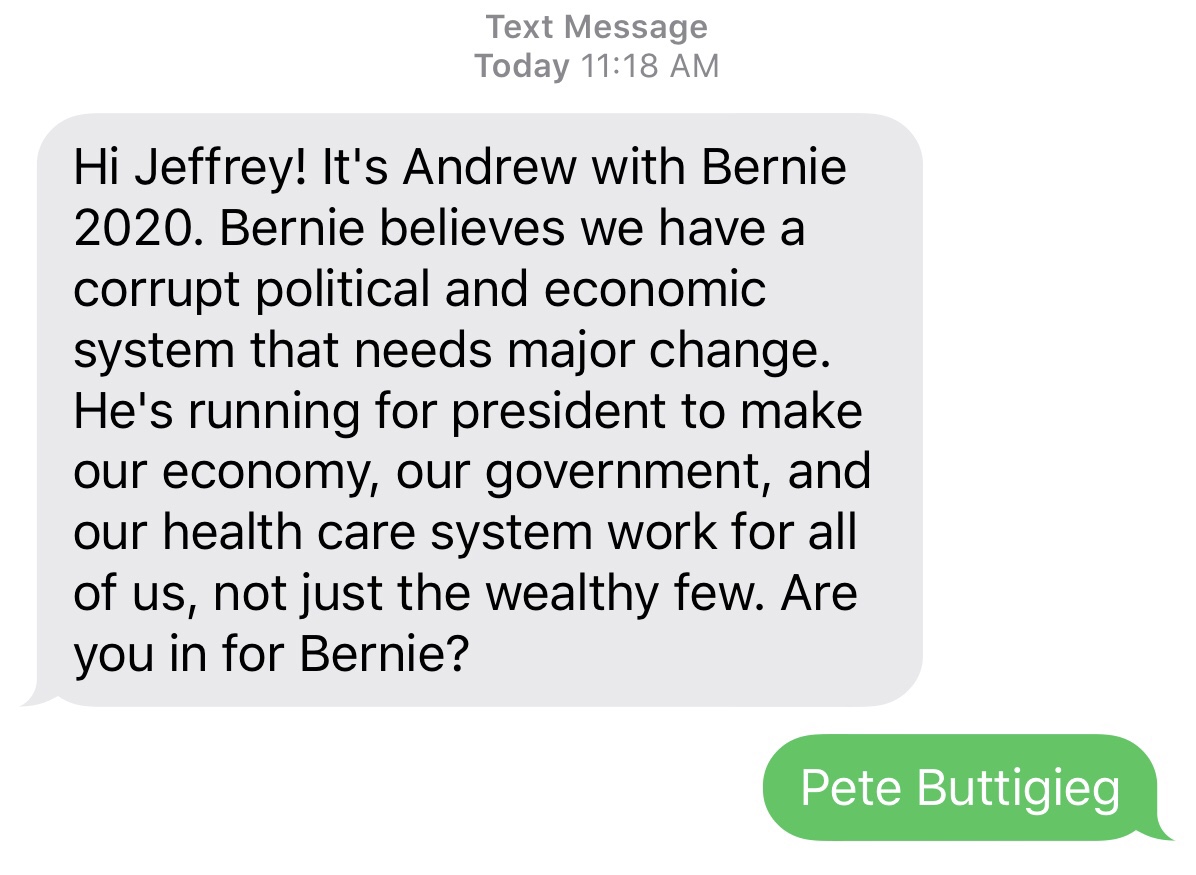 Without even thinking it through it’s my earnest belief that Harrison Ford‘s best performance ever is Jack Ryan in Clear and Present Danger (’94), followed by his Philadelphia detective in Witness (’85 — his only Best Actor nomination), Han Solo in The Empire Strikes Back (’80), Ally Fox in The Mosquito Coast (’86), Deckard in Blade Runner (’82), the widower in Random Hearts, the hosthot executive in Working Girl and the TV anchor in Morning Glory.

[Posted two years ago] “Frantic is an example of the kind of film that we used to make in the olden days, and for me [there were certain] directors were really important in the formation of a career. I didn’t actually do it all myself. I got to work with Alan Pakula, Sydney Pollack, Mike Nichols, Phillip Noyce, Roman Polanski, Peter Weir, Ridley Scott, Wolfgang Petersen].

“Those kinds of films are as important on a human level as, uh, those more successful films” — the Star Wars and Indiana Jones franchises. “Which I keep revisiting in interview situations, because they are the most successful films.” [Unspoken: “Most successful” because your basic whiteside and T-shirt-wearing knuckle draggers obsess over these films and seem to need them like babies need their blankies.]

Why, then, did Ford turn down the Michael Douglas role in Traffic? And why did he make something so flagrantly non-organic and digitally antiseptic as Call of the Wild? Legend has it that a lot of what Ford agreed to do over the last 20 years was first and foremost about producers meeting his quote. The bottom line (and please correct me if I’m wrong) seems to be that “the kind of films that we used to make in the olden days” are to some extent still being made, but their producers can’t afford Ford.

Cannes Film Festival-wise, we’re looking at a COVID-19 flashing amber situation. Pack two or three boxes of pre-moistened sanitizing hand towelettes. Who isn’t imagining scores of journos adorned in N95 face masks, waiting to get into the Salle Debussy? I’ve been expecting to see a drop in NYC-Milan RT fares — so far coach prices are hovering around $600. Is that really the best they can do?