[This is actually Sasha Stone posting for Jeff, who is not at his desk at the moment]

Netflix Dominated Awards Weekend, with Jane Campion winning at the DGA, Mitchells and the Machines winning at the Annies and the Power of the Dog topping the BAFTAS, though Dune won the most with five BAFTAs. While Nomadland won Picture and Director last year before going on to win at the Oscars, their recent track record for Best Picture in the era of the expanded ballot hasn’t been that great:

CODA was a bit of an upset in the Adapted Screenplay category and Licorice Pizza won for Original Screenplay. Will Smith took Best Actor and in the Best Actress category, Joanna Scanlon won for After Love (none of the committee-selected Best Actress contenders were nominated for the Oscar).

The Critics Choice is the next awards show of the weekend, which will be held this evening.

Here are the BAFTA winners:

BEST PICTURE
The Power of the Dog

DIRECTOR
The Power Of The Dog – Jane Campion

FILM NOT IN THE ENGLISH LANGUAGE
Drive My Car – Ryûsuke Hamaguchi, Teruhisa Yamamoto

There’s no question that Luca Guadagnino‘s Call Me By Your Name (Sony Pictures Classics, 11.24), which premiered two and a half months ago at Sundance and then screened at the Berlinale, will be regarded as a major Best Picture contender once the 2017 award season begins around Labor Day.

But how aggressively will SPC push it, especially given the fact that Call Me By Your Name appears to have an excellent shot at reaping nominations in several categories. Should they perhaps consider breaking tradition by working with a major-league Oscar strategist? Seems warranted.

SPC is renowned for supporting their award-calibre films in a committed, dutiful fashion. But they’ve never gone “full Harvey” when it comes to this or that contender. They never seem to really pull out all the stops, being frugal-minded to begin with (as all good businesspersons must be) and having long ago adopted a “favored nations” philosophy — equal treatment across the board — when it comes to award-season promotions.

By this standard SPC would this year be plugging Happy End, their Michael Haneke drama that will probably debut next month in Cannes, and the sexually repressed period drama Novitiate with as much fervor as Call Me By Your Name.

But Call Me By Your Name is different. It’s a moving, brilliantly composed, once-in-a decade relationship film that has 100% and 98% ratings on Rotten Tomatoes and Metacritic, respectively. And it could easily become a leading contender in five or six or even more categories. Here’s one of my rave posts from last January; here’s another.

Not to mention Best Cinematography, Production Design, and maybe even a Best Original Song nom for Sufjan Stevens.

Until this morning, Adam McKay‘s Dick Cheney biopic was presumed to be a possible end-of-the-year award-season release. Four and a half weeks ago L.A. Times industry columnist Glenn Whipp included the forthcoming film as one of “ten movies we could be talking about at the 2018 Oscars.”

Now the N.Y. Times‘ Brooks Barnes is reporting that Paramount Pictures and Plan B Entertainment “hope to begin shooting in September,” which almost certainly means a 2018 release.

Barnes’ story conflicts with a 4.5 report by Variety‘s Justin Kroll, which states that “the studio and producers [are] aiming to shoot the movie in the spring for an awards-season push, similar to The Big Short.”

The fastest turnaround in Hollywood history was Otto Preminger‘s Anatomy of a Murder, which began shooting on 3.23.59, wrapped on 5.15.59 and opened on 7.2.59 — three and a half months between the start of principal and the theatrical debut. The Cheney biopic would have to be even faster on the draw if it begins in shooting in early September, especially considering the demands of having to (a) issue screeners of Best Picture contenders and (b) screen them for critics groups in early December.

So which reporter is dead wrong, Kroll or Barnes?

Last Tuesday all the Cinemacon journos went apeshit after seeing ten minutes of footage from Alexander Payne‘s Downsizing (Paramount, 12.22), myself especially. Yes, it’s “comedic” but a long way from lighthearted. For all the humor and cleverness and first-rate CG it feels kind of Twilight Zone-y…a kind of Rod Serling tale that will have an uh-oh finale or more likely an uh-oh feeling all through it.

Last Tuesday I wrote that the undercurrent felt a teeny bit spooky, like a futuristic social melodrama in the vein of Fritz Lang’s Metropolis.

In its matter-of-fact portrait of middle-class Americans willing to shrink themselves down to the size of a pinkie finger in order to reap economic advantages, Downsizing doesn’t appear to be the sort of film that will instill euphoric feelings among Average Joes. It struck me as a reimagining of mass man as mass mice — a portrait of little people buying into a scheme that’s intended to make their lives better but in fact only makes them…smaller. A bit like Trump voters suddenly realizing that their lot isn’t going to improve and may even get worse.

A day after the Downsizing presentation I was chatting with a bespectacled heavy-set female who works, she said, for an Arizona exhibitor (or some exhibition-related business) in some executive capacity. She struck me as a conservative, perhaps one who processes things in simplistic “like/no like” terms, definitely not a Susan Sontag brainiac.

I told her that I thought Downsizing was brilliant and asked what she thought of it. Her response: “I don’t know what I think of it.”

HE translation: “No offense but I don’t want to spill my mixed feelings with some Los Angeles journalist I’ve just met. I didn’t like the chilly feeling underneath it. It didn’t make me feel good. My heart wasn’t warmed by the idea of working people shrinking themselves down so they can live a more lavish lifestyle. I have to work really hard at my job and watch my spending and build up my IRA, and I didn’t appreciate the notion that I’m just a little struggling hamster on a spinning wheel.”

Again — my initial reaction to the footage. 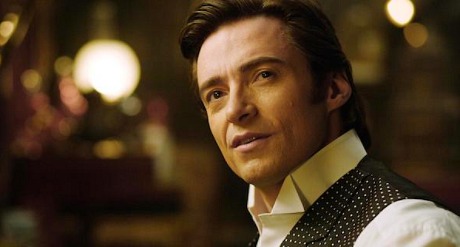 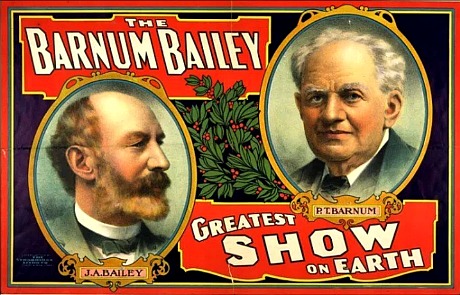 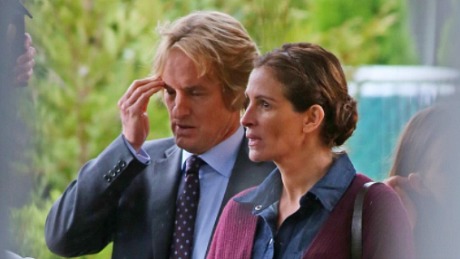 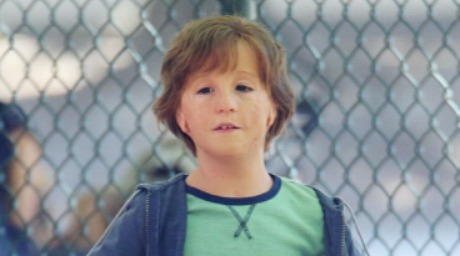 While Werner Herzog‘s Queen of the Desert “doesn’t deserve outright trashing, it can’t be classed as anything other than a disappointment. Because it’s not even the sort of bad that makes Bad Lieutenant: Port of Call — New Orleans such a gonzo blast. The notoriously stodgy historical biopic genre looks as self-serious, surface and inert as it would from any old journeyman. Herzog clearly loves both Nicole Kidman and his subject, Middle Eastern explorer and deal-maker Gertrude Bell, to the point of allowing no blemish to show. It’s such a disappointment when you consider the wild portraits of pioneers that Herzog has given us before, that he’s so reverent here. Isn’t he the director who can locate the madness in everything he sees? Where is Bell’s madness?” — from by a 2.6.15 review by Indiewire‘s Jessica Kiang. Yes, that’s right — filed over two years ago.

I’m going to need a little time to figure how the Left Banke’s “Walk Away Renee” relates to Martin McDonaugh’s Three Billboards Outside Ebbing, Missouri (Fox Searchlight, sometime this fall). But it’s obvious Frances McDormand is going to be a Best Actress contender — tough-talking, grief-struck mom puts a pair of Trump Country lawmen (Woody Harrelson, Sam Rockwell) through hell because they’re more concerned with giving black guys a hard time than finding the person who raped and murdered her daughter.

McDormand’s last big score was in HBO’s Olive Kitteridge; her most acclaimed screen performances have been in Moonrise Kingdom, Burn After Reading, North Country, Almost Famous and — her crowning glory — Brainerd police chief Marge Gunderson in Fargo, which opened 21 years ago.

On 10.21.16 an HE tipster who’d attended a Three Billboards research screening called it “an incredibly smart, dark comedy with a great script.”