Film restoration guru Robert Harris has inspected the forthcoming Chinatown Bluray and called it, from his grain-monk perspective, lacking. “It doesn’t look film-like,” he says, possibly due to “too much de-graining.” There are shots of Jack Nicholson, he adds, “that have no visible grain whatsoever.” 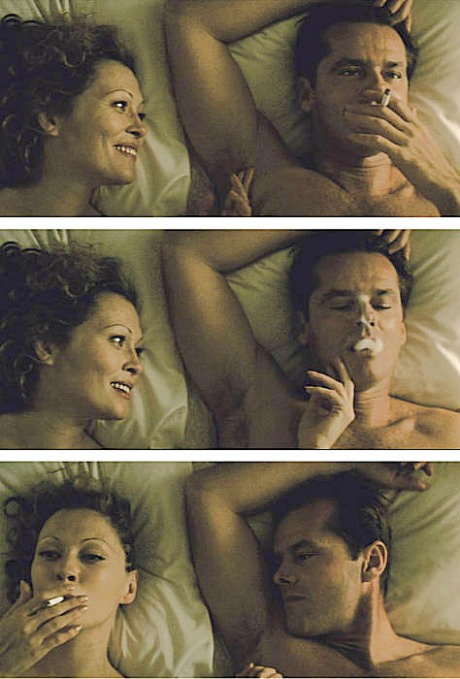 Plus the base transfer used for the Bluray “probably goes back to around 2005-6,” he notes, “and was probably the basis for the earlier DVD. Unfortunately, or fortunately, a great deal has occurred technologically since that time.

“That said, and let me make this point loud and clear, 99% of viewers are going to love this Blu-ray. It’s colorful, clean, and, well…pretty.”

What Harris means by “pretty,” of course, is that the Chinatown Bluray looks nice and shiny. Which means that the Bluray rubes (i.e., people like myself) will be delighted.

I don’t feel proud of being a Bluray bumpkin, but my eyes like what they like and they don’t like what they don’t like. I was a bit conflicted about but nonetheless pleased with Universal Home Video’s shiny Spartacus Bluray for the simple fact that it looks three or four times better than the Criterion DVD version. I am also a huge fan of Universal Home Video’s DNR’ed Psycho — easily one of the most beautiful black-and-white Blurays in existence, partly because it was made to look shiny.

At the same time I love Criterion’s straight-from-the-elements Sweet Smell of Success and Paths of Glory Blurays.

“For the record, I’m not suggesting that [the Chinatown Bluray] not be purchased,” Harris states. “I”m just saddened by the fact that what I’m seeing is not what it might have been.” 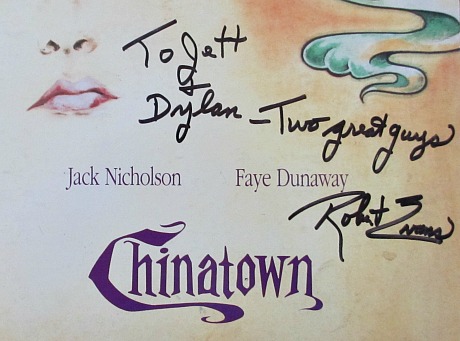