Cooper’s character is an aspiring actor named Gary Valentine; Haim is apparently playing a late-teens or 20something woman named Alana Kane. We see them go through initial attraction, flirtation, awkward sexual stuff, warmth, misunderstandings, getting back together, etc.

May I ask something? Hoffman and Haim play younger-older — there’s a line in which she says “I think it’s weird that I hang out with Gary and his 15 year-old friends all the time.” In actuality Hoffman is 18 (17 when the film was shot) and Haim is 29 — 11 years apart. That’s a significant gulf when you’re young.

Imagine if Licorice Pizza was about an older-looking dude (and played by a 29 year-old) falling in love with a 15 year-old girl who’s played by an 18 year-old actress. If so, the reaction could be in the realm of Dear Evan Hansen. People might say “so it’s about a cradle robber…a guy who’s unable to grow up and is hiding in the cave of a youthful romance with a girl who’s too young for him?”

But because #MeToo has given women more agency and independence, it’s totally cool for a 29 year-old to be cast as a somewhat older woman who falls into a relationship with a kid who’s wet behind the ears. Yes, only a nervy director like PTA would even go there, but be honest — Licorice Pizza couldn’t happen with the sex roles reversed.

9.20.21: It seems to me that if you’re a major-league director making a supposedly important film about a couple of love-struck kids (even though the off-screen Haim is pushing 30), you can go with one unknown as long as you pair him/her with a skilled name-brand actor, but you can’t have two unknowns carrying the film because no one will care all that much.

I mean, movies deal in familiar faces and personalities for a reason…right?

There are basic rules about young person relationship movies. Rule #1 is that at least one of the kids should be a half-familiar face, which helps with the comfort factor. Rule #2 is that the kids have to be at least somewhat attractive, not just to each other but to the audience. I’m sorry but ginger-haired Cooper Hoffman looks nerdy and freckly. I can’t put myself in his shoes. I really can’t. Haim isn’t anyone’s idea of a knockout either. The idea seems to be “the odd couple.”

Yes, David Bowie‘s “Life on Mars” helps to some extent.

The film has been described as a ‘70s San Fernando Valley thing, focusing on the TV industry with a partial focus on Bradley Cooper‘s Jon Peters, L.A. City Council member Joel Wachs (Benny Safdie), a film director (Tom Waits) and Sean Penn as a smiling, big-personality guy in a slick gray business suit.

There’s a snippet between Hoffman’s character and and Cooper / Peters in which Peters mentions his “girlfriend” Barbra Streisand, followed by a back and forth about how to pronounce the second syllable of her last name. StreiSAND is the correct pronunciation.

Again: Why exactly would Peters, famously paired with a world-famous actress and with ambitions to produce and become a hot shot…why would Peters smash some car windows with a golf putter, and then shout and celebrate this aggression? Guess I’ll find out. 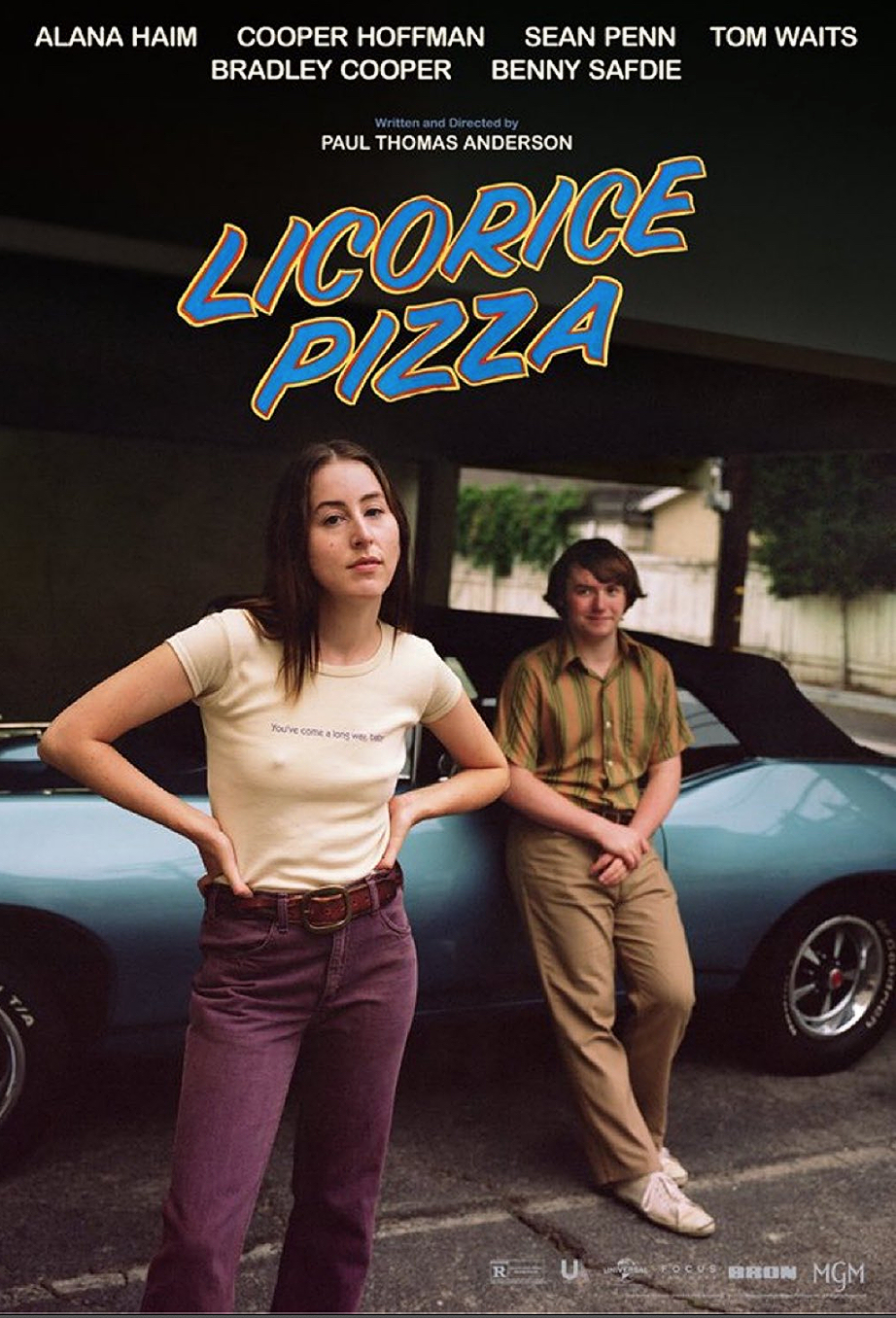