Sara and “The Hustler”

In the comment thread about yesterday’s Hustler post (“Pay The Man Again, Fats“), “Bentrane” wrote that he re-watched Robert Rossen‘s 1961 classic just last week, and that he couldn’t think of a single thing wrong with it. “One of the greatest films of the ’60s,” he said, “and a terrific morality tale about the things people will do for money, power and fame, and the people they step on along the way.”

“In Louisville Eddie angrily tells boozy, delicate Sara (‘We have a contract with depravity’) to stop bugging him and just let him play Murray Hamilton’s Findlay, the mint julep rich guy. Playing Findlay for big dough is the WHOLE REASON she, Eddie and Bert have visited Louisville in the first place (and on Bert’s dime). Are they in Louisville to murder someone or rob a bank or sell drugs to school kids? No, and yet Sara says ‘don’t do it, Eddie…you’re better than this.’

“Then, feeling deflated and rejected, Sara somehow allows Bert (George C. Scott) to seduce her, and then commits suicide. She’s so depressed about Eddie having told her to butt out and then having had bizarre drunken sex with Scott (and WHY would she do that?) (and why would Bert do that to a guy who will make a lot of money for him if he keeps him sweet?)…Sara is so despairing that she slits her wrists? Is she eight years old? Has she escaped from a mental institution?

“Sara knows Eddie is a gifted pool player (‘Some men never get to feel that way about anything’) and has no other marketable skill, and she doesn’t want him to win big money doing the one thing that he’s great at because she despises Bert and his chilly, flinty, cut-and-dried manner? He’s not a warm or kind fellow, obviously, but so what? The world is full of flinty guys with gimlet eyes. Sara should’ve stayed in New York and spared herself the angst and heartbreak and confusion.

“The whole Sara thing is more than a little crazy.”

“Cinefan35” responds: “Well, I think the film makes it clear that Sara is psychologically unbalanced but, with Eddie, she sincerely believes (not wrongly) that he is too talented to be a small-time pool hustler for the rest of his life and should aspire to be the next great pool player (i.e., the next Fats).

“And I would also say that she is proven quite right by the end of the film, both with Eddie getting his hands broken while attempting a small-time pool hustle, and with him soundly drubbing Fats in pool repeatedly at the end of the film after his hand has healed.”

“Childerolandusa“: “I think it’s more the obsession with money and winning at all costs that Sara is upset with, more than anything else. Considering how Eddie dumps on Charlie in Act Two, Charlie’s got good reason to be upset about that also.”

HE to “Childerolandusa“: “Myron McCormick‘s Charlie is fundamentally intimidated by the big time. He’s fine with Eddie hustling guys for relatively modest amounts of cash in small towns, but he doesn’t like the big-city realm of Minnesota Fats and Bert Gordon. He’s getting old, Charlie admits. He’s starting to think about maybe owning a small regional pool parlor with a little handbook on the side. He and Eddie are on fundamentally different trajectories. Charlie’s on the way down, and Eddie, who’s more about the transcendent art of pool than the money, wants to see how high he can go. Life works that way at times. Often, in fact.” 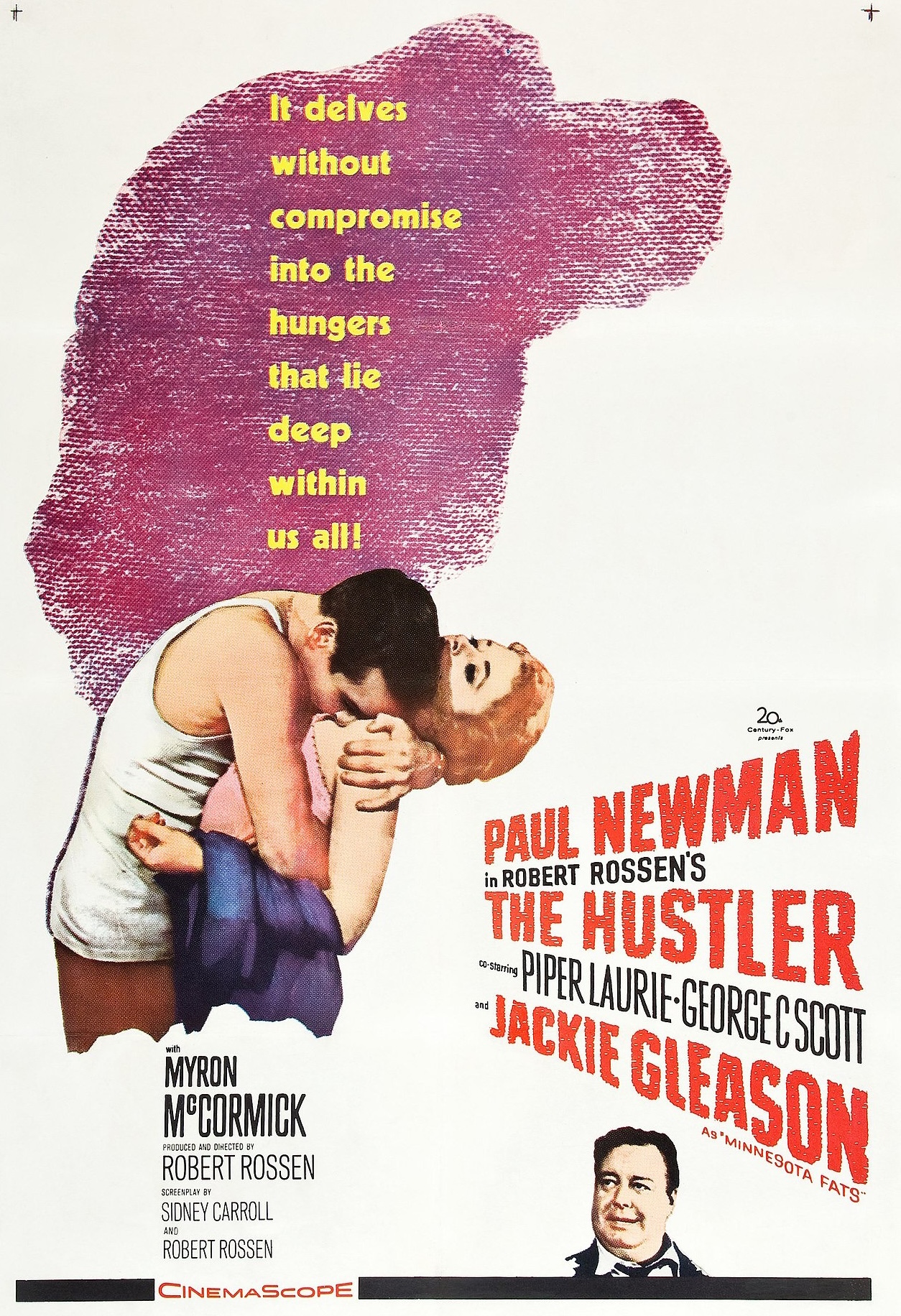