12:35 pm Update: 23 minutes ago AP reported that “the Academy of Motion Picture Arts and Sciences has announced that Hugh Jackman will host the 81st Academy Awards.” 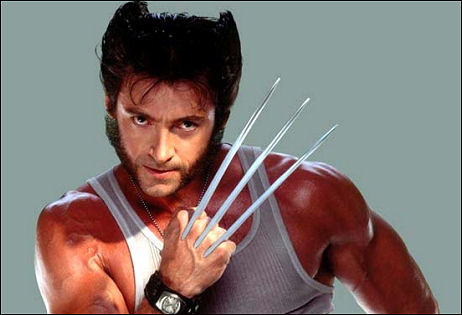 But “while the 40-year-old Sydney-born thesp of English parentage has received the AMPAS offer and is very interested, I’m told that he’s not yet fully committed,” Finke reports.

Finke has “learned that the people around Jackman want to know exactly what would be expected of him, especially when it comes to opening the Oscar broadcast. One segment of the show which reps for Jackman are objecting to specifically is the joke-telling monologue. ‘I don’t want that for him,’ an insider told me. ‘He is an actor with big movies behind him and one coming this summer. He didn’t work the last 20 years to suddenly be a stand-up comedian.'”

So what is Jackman going to do then? Perform a big swanky dance number with a bunch of Vegas showgirls and sing “O What A Beautiful Mornin!”? I have to be honest — I don’t like this. This feels like an Alan Carr makeover.