Richly Rewarding “Trip” Is “Not For Dead Fans”

Yesterday I had a brief chat with Amir Bar-Lev, the highly respected director of My Kid Could Paint That, Trouble the Water, The Tillman Story, Happy Valley and, most triumphantly, Long Strange Trip (Amazon, 5.25). I’m a huge fan of this 241-minute doc, which more than justifies its length and winds up really bringing it during the second half. I went in as a marginal Grateful Dead fan and came out the other end as something of a devotee.

I’m sorry I won’t be in the States when Long Strange Trip has a one-night-only nationwide premiere on 5.25, but I’ll definitely be snagging the three-disc soundtrack CD. Amazon wil begin streaming the doc in 220 countries beginning on 6.2. Here, again, is the mp3. Here are some ABR excerpts from our discussion: 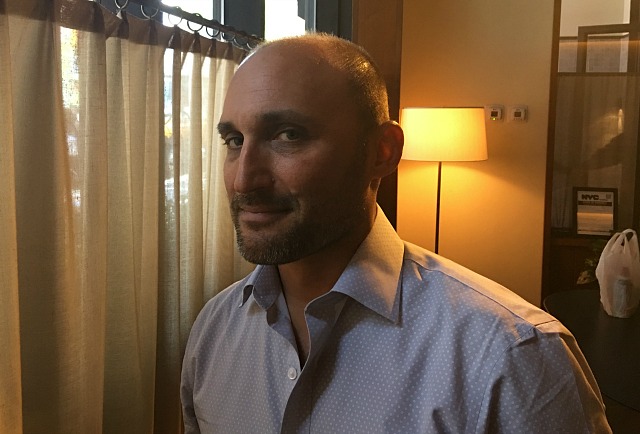 Excerpt #2: “I’m not ready to start another film now. I’m tired. This one took a lot out of me. I remember being asked ‘if you could make any film, what would it be?’ And I said ‘I’ve just made it. This is the film I’m really the most proud of.'”

Excerpt #3: “The original idea was to make a 90-minute doc that would come out on the 50th anniversary of the start of the Grateful Dead‘s beginning, or two years ago. Everything doubled…the length, the budget, everything. It was meant to be a theatrical film, and then I couldn’t cut it down. I couldn’t cut it down. We fine-cut out way through it from the beginning, and [then] we had a working cut that was two hours long, which took the story up to 1974.”

HE review excerpt: “This is a first-rate chronicle of a great, historic American band. Don’t let the four-hour running time stop you because this time the length fits the scale of the tale. It’s one sprawling, Olympian, deeply-dug-into achievement, largely because it focuses on the story instead of the historical bullet points, and because it takes the time to explain the appeal of Grateful Dead music and the whole Deadhead ’80s culture thing, which I paid no attention to when it was happening.

“The first half is a good, comprehensive mid-to-late-’60s history lesson — efficient, amusing, well-honed and sometimes great. But Act Two (or the last two hours) really brings it home. This is where the heart is, what turned the light on — the thing that told me what Amir Bar-Lev is really up to.”

May 10, 2017by Jeffrey Wells4 Comments
« Previous post
Don’t Stand So Close To Me
Next post »
Return of Leon Vitali