Tom Hanks will probably play Walt Disney in a making-of-Mary Poppins pic called Saving Mr. Banks, with Emma Thompson expected to play Poppins author P.L. Travers. Variety‘s Marc Graser is reporting that the Disney-based project, to be directed by John Lee Hancock, is “based on the true story of how Disney spent 14 years courting Travers for the film rights to the character,” who was played by Julie Andrews in the classic family flick.

The name in the title refers to a character who was played in the 38 year-old film by David Tomlinson. I have no recollection of the Banks character, but he was the cold and snooty paterfamilias of the Banks clan, and Mary Poppins’ employer. I also can’t remember who Tomlinson-the-actor was. (I had to look him up, and his face didn’t register.) On top of which Hanks will obviously wear a moustache throughout this film. These things in themselves spell possible trouble.

But if the script can somehow work in a reference to cryogenic freezing, I’ll be at least semi-placated.

A guy I know who gets around has seen “almost all” of Tim Burton‘s Dark Shadows. He reports the following: “While it has Beetlejuice elements, this is not a broad comedy. It’s a gothic romance with strong farcical elements, but the trailer makes it seem like Love at First Bite and it definitely is not.

“Johnny Depp‘s Barnabas Collins has a bit of a Chauncey Gardner quality as a fish out of water, and there are even elements of H.G. Wells from Time After Time as far as a cultured character trying to fit into a drastically changed society. The anachronism-based humor does work quite well. The film is funny, but it also has full-bodied horror elements. Barnabas does kill people in this and when he engages on a full-out war against Angelique (Eva Green), the evil witch who cursed him, they’re playing for keeps and it’s a bloody battle.

“In short there’s more of the Burton Sweeney Todd than the trailer implies. This is not Burton’s Addams Family, but a successful amalgamation of his comedic and gothic horror styles.”

Oh, and Michelle Pfeiffer‘s performance as Elizabeth Collins Stoddard (the mother of Chloe Moretz‘s Carolyn, who reminds me in the trailer of Winona Ryder‘s character in Beetlejuice) is “her strongest work in years.”

38 Comments
All Kidding Aside

Which of these guys are convincing as action heroes who could really and truly defeat rugged male opponents? Today’s birthday girl doesn’t cut it and neither does the drop-dead beautiful mom with the lips. You can’t be too small or too thin. You need a little weight on you (i.e., big bones) and some real muscle tone, and it doesn’t hurt if you have thunder thighs. Nobody’s gonna buy a warrior with a sword and a chest plate who’s maybe 5’1″ tall and weights 105 pounds, if that. Just sayin’.

Kristen Stewart in Snow White and the Huntsman. 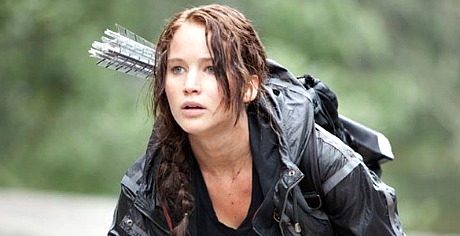 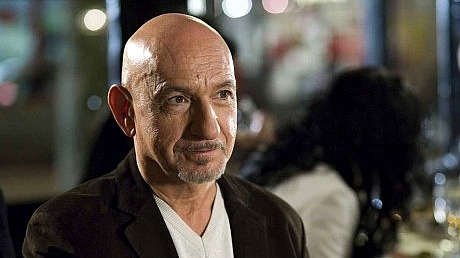 The reason Paramount has bumped the opening of Sacha Baron Cohen‘s The Dictator from Friday, 5.11 to Wednesday, 5.16 is to avoid a big nasty face-off with Tim Burton‘s Dark Shadows, which opens on 5.11. This happened for two reasons. Okay, one reason — i.e., The Dictator is weak (or weak-ish) and Dark Shadows is getting stronger and stronger, perception-and expectation-wise.

Paramount knows that Cohen has come to the end of his string with playing eccentric deadpan loons in found-footage pseudo-docs, and that The Dictator is basically another Borat/Bruno — i.e., not that muscular, light in the loafers. And Paramount has also realized (along with everyone else) that Dark Shadows isn’t Sleepy Hollow as much as Beetlejuice. Even I didn’t get this until I saw a recent Shadows trailer in a theatre a week or so ago.

This illustration of a quote from last night’s Mad Men episode (a line passed along by Pauline, the gross fatty who was babysitting Don Draper’s daughter, Sally) is by Chris Piascik. It’s featured in a 4.9 Esquire.com synopsis/commentary piece by Sloane Crosley called “Under The Bed — Sexual Fantasy (The Good Kind and the Bad Kind) Is In The Air.” 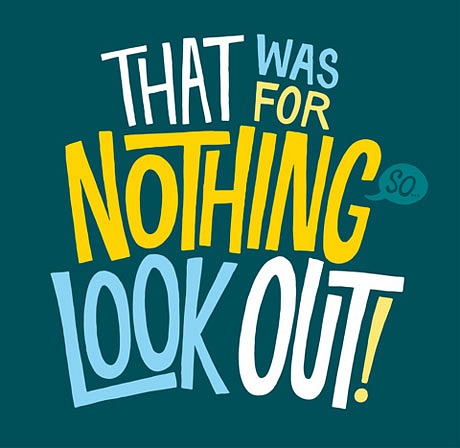 Last night’s National Geographic special about James Cameron and an elite team of investigators updating the forensics on the Titanic disaster was pretty good. Here’s an updated video that the special concluded with — a more knowledgable and accurate rendering of how the sinking happened than the animated video shown in the 1996 film, which was based, of course, on what Cameron and his team believed at the time. (And now they know better.)

“One of the founding manifestos of hater culture, Titanic came out just as the internet was starting to rise up and merge into the ocean of our lives, and though, at that point, most of the hate directed at the movie was conversational and anecdotal, in spirit it was computer-viral. It was about fragments of resentment banding together and organizing themselves into a cult, a movement, an anti-fan club. It was Occupy James Cameron’s Unspeakable Dialogue.

“What gave the movement its motivating force? What made the fragments band together like angry iron filings? If Titanic was one of the original lightning rods for hater culture, part of the reason that the film made such a perfect target is that what the haters were really attacking wasn’t ‘bad dialogue’ so much as a huge, powerful, ambitious movie, by a geek-god filmmaker, that actually dared to be innocent about love. For if there’s one thing that Internet culture, with its immersion in hipness, control, technology, and a certain masculine mystique that binds all those things together, cannot abide, it is romantic innocence. It can’t abide the feminine spirit entering into the machine.

“And that’s the essence of what Titanic was. It was a movie that found love in the machine, even as the machine was destroyed. No wonder the haters hated it. Their real identification was with the machine. They didn’t want to see a movie in which the heart — but not the ship — goes on.” — from Owen Gleiberman’s EW piece about how Titanic gave rise to hater culture.