“When Douglas Sirk retired from American filmmaking and returned to Europe at the end of the 1950s, his reputation was that of a director who simply churned out glossy Hollywood weepies. But after a major critical reappraisal, spurred by the critics of Cahiers du Cinema, the German-born filmmaker was reclaimed as an auteur with a varied body of work, an eye for visual stylization, and a sophisticated understanding of Brechtian artifice, not to mention one of cinema’s greatest ironists.”

So reads a portion of a Film Society of Lincoln Center announcement about “Imitations of Life: The Films of Douglas Sirk” (1.23 thru 1.6.16), a comprehensive retrospective that “tracks Sirk’s artistry from his early German films through to his early Hollywood forays into multiple genres and on to the now-canonical works of his late career.”

Five and 2/3 years ago I posted a short piece called “Respectful Sirk Takedown.” I was hit pretty hard for resisting established dweeb theology, which was and still is that Sirk’s dreadfully banal soap-opera acting, grandiose emotionalism and conservative suburban milieus are all of a pitch-perfect piece and are meant to be processed as ironic social criticism.

I suggested that the critics of the ’50s were more or less on the money when they declared that Sirk’s films that were no more and no less than what they seemed to be — i.e., emotionally dreary, visually lush melodramas about repressed women suffering greatly through crises of the heart as they struggled to maintain tidy, ultra-proper appearances.

If you’re a food critic and doing a video piece about this or that restaurant, your rating will sharply drop if you moan with pleasure as you sample this or that delicacy. You can nod and grin and wink at the camera but no moaning. I really hate that. And no moaning in the weight room at the fitness club. Guys are allowed to go “aahh!” when they lift weights but no fucking moaning. And no moaning when you’re clutching your side during an appendicitis attack. And no moaning when you’re being tortured by the enemy. Screaming is okay but not moaning. The only time moaning is okay is during, you know, nocturnal Biblical couplings. I’m sorry but those are the rules.

Among others, Bridge of Spies director Steven Spielberg and dp Janusz Kaminski will sit for a q & a following Wednesday night’s screening at Westwood’s Village theatre. If they allow questions from the audience, will I have the courage to ask Kaminski why he shoots almost everything with the same visual scheme — the same bleachy, milky, flood-lit shots with the grayish desaturated colors and deep blacks — or will I sit there and say nothing like the wuss I too often am? Posted on 12.9.12: “The morning light in Santa Barbara was almost oppressively milky, hazy, foggy. Pretty close to bleachy. It was, in short, a Janusz Kaminski day, and I hated it. I’ll always hate it. I hated it before I was born. I am the Captain Ahab of milky-white-light haters.” 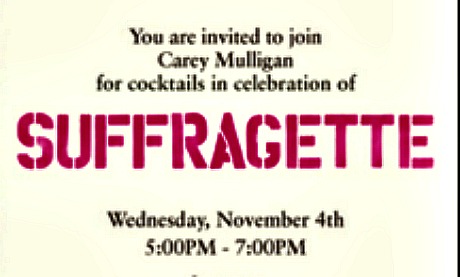 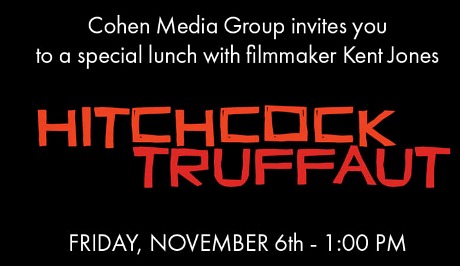 No Comments
The Real Royal Dano
November 2, 2015 3:07 pmby Jeffrey Wells
6 Comments
Is Paul Dano (a) The New Henry Fonda or (b) The New Royal Dano?

Paul Dano, arguably the most deserving Best Supporting Actor contender of 2015 for his Love & Mercy performance as Brian Wilson, has been telling me for months about a BBC-produced War and Peace miniseries he shot in Europe last winter and spring. He portrayed Pierre Bezukhov, the role that Henry Fonda had in the 1956 King Vidor verison of Leo Tolstoy‘s novel. The six-part miniseries, which costars Lily James, Jim Broadbent, James Norton, Gillian Anderson, Tuppence Middleton, Brian Cox and Stephen Rea, will debut in the U.K. on BBC One later this year. It will simultaneously air on three U.S. networks — Lifetime, History, A&E Network — sometime early next year. 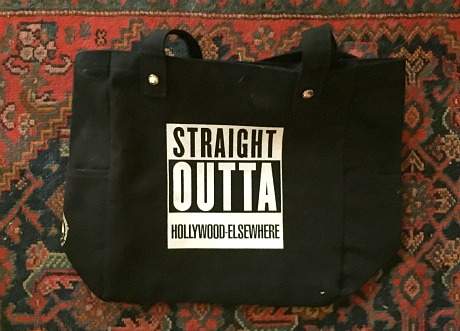 8 Comments
My Soul To Keep

The melancholy gloom that permeates every frame of Charlie Kaufman and Duke Johnson‘s Anomalisa (Paramount Vantage, 12.30) is not, to be honest, conveyed by this trailer. The voice-over narration by Michael Stone (the lead character voiced by David Thewlis) is from a speech he gives to a group interested in his philosophy of customer service. Within the narrative Stone is a decent if self-centered and occasionally dickish fellow — a little peevish, a lonely married-with-kids guy who feels stranded, a cigarette smoker. The film takes place at a soulless Midwestern hotel, and focuses on a 24 hour period in which Michael ardently woos Lisa (Jennifer Jason Leigh) and then…uhm, well, more or less brushes her off. But as I discovered after my second viewing if you can get past the Kaufmanesque weltschmerz Anomalisa is a compassionate mood trip thing — a rich and somewhat complex adult animated film — and a very striking application of stop-motion animation. At 48 frames per day the film took three full years to shoot.

An 11.2 Wired piece by Charley Locke is called “The Coolest James Bond Posters You’ve Never Seen.” It’s taken from a recently published coffee-table book that profiles international posters for James Bond films going back 50-plus years. But the front-page poster for Dr. No (’62), used for a Japanese re-release of that film that happened a decade later, is completely uncool for two reasons. The image of Sean Connery is obviously from Goldfinger (made two years after Dr. No, by which point Connery had begun to put on a little weight and wear a rug that really looked like a rug), and the music sheet should be for Monty Norman‘s “Underneath The Mango Tree.” It looks like a fan poster made by someone who isn’t very hip. One could logically conclude that Locke and his Wired editors didn’t even spot these two wrongos. 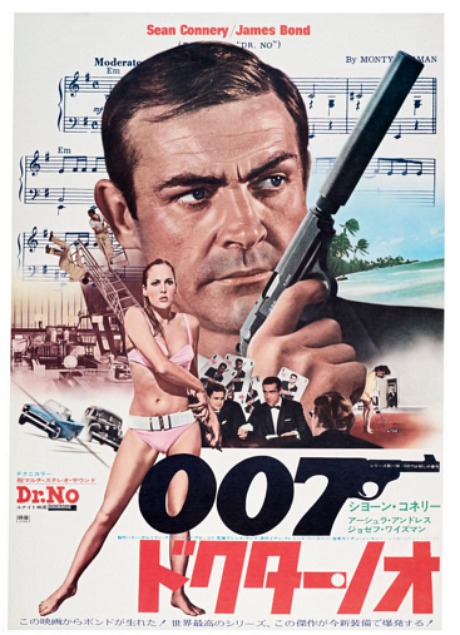 Incidentally: As I was in Washington when the first Los Angeles Spectre all-media screening happened last Monday I’ll be seeing it this evening at the Grove. A guy I spoke to called it (a) good but not great, (b) a bit morose — lacks that rib-tickly, contact-high quality (HE response: Sam Mendes doesn’t do rib-tickly), and (c) Christoph Waltz‘s jaded villain thing is played out.

From the very start the basic drill has been that Emmanuel “Chivo” Lubezki was capturing The Revenant with entirely natural light via the Alexa 65, and now here are posters that don’t reflect that aesthetic, that contain digital tweaking. I understand the ad agency wanting to throw in a few strands of red to give a little accent to the grayness — it looks nice — but it violates Chivo’s aesthetic. No, it doesn’t look like campfire light — it looks like digitally simulated campfire light. These are just movie-star portrait posters looking to appeal to the none-too-hips who are still saying “oh, what’s this about? And who’s in it again?” If 20th Century Fox wanted to be reach out to serious hipsters (which of course they don’t), they would create a Phase Two chokehold poster. That image of Tom Hardy headlocking Alejandro G. Inarritu has something. 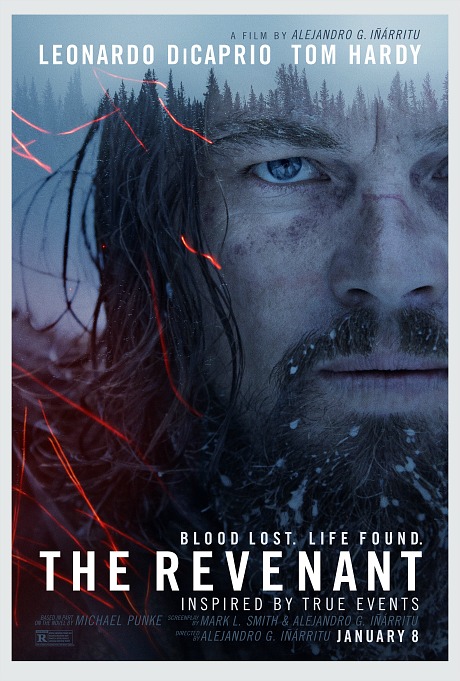 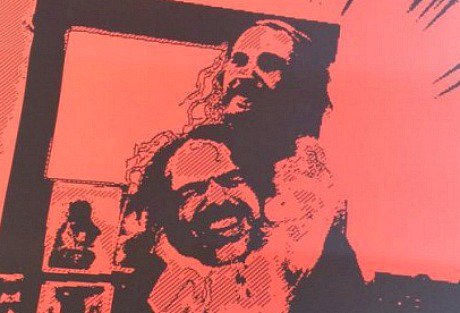 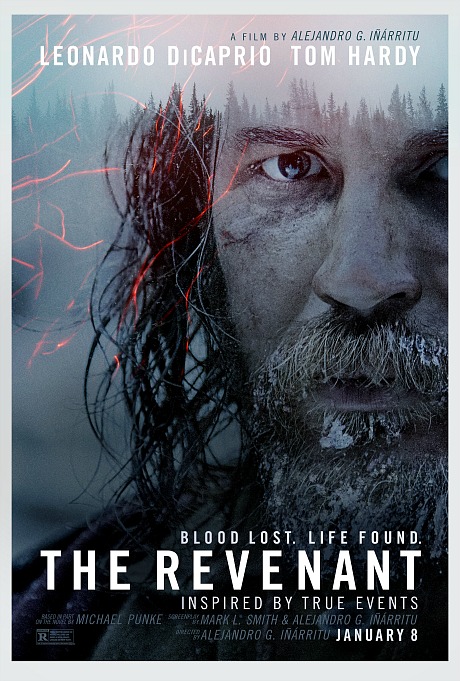