In a 7.31 interview with Indiewire‘s Kate Erbland, Once Upon A Time in Hollywood costar Margaret Qualley explains her preparation for playing “Pussycat,” a Manson family member. The 24 year-old actress tells Erbland that director-screenwriter Quentin Tarantino “loaded [her] up with some rare Manson Family documentaries — ‘very strange ones that you can’t find yourself’ — from his own DVD collection.”

Then comes the stunner: In a parenthetical, Erbland states that “Qualley had to buy a DVD player just to watch them.”

First, who would buy a DVD player? The thing to get, obviously, would be a Bluray player (they all play DVDs) with streaming options. But the bigger question is, who doesn’t own a player of some kind to begin with?

I understand an actress in her mid 20s not owning physical media and just streaming this or that when the mood strikes. But everybody in the world has a remote player that streams stuff…right? Yes, I realize that most 1080 and 4K TVs come with streaming apps but only a couple…right? And they don’t allow users to add apps, or so I understand.

It just seems weird that an actress wouldn’t own a disc player of some kind. Role preparation these days always involves looking at classic or cult films with stand-out performances, and that almost always means watching DVDs or Blurays that a director has urged an actor to watch.

For this reason alone, an actor not owning a disc player is almost like a baseball player not owning a mitt. Not to mention the Movie Catholicism aspect. If you’re an actor of any sincerity you have to be a believer in the Church of Cinema, which means you have to care enough about image quality and having the right film-fanatic apps (Criterion Channel) and the freedom and wherewithal to pop in an occasional classic disc. If you’re an Orthodox Jew you keep a yamaka (or kippa) in your bedroom bureau. It goes with the faith.

No one remembers or cares about Carol Reed‘s The Running Man, but the poster reminds that there’s nothing worse than for a lead actor known for a full head of intensely dark hair to suddenly dye it blonde.

Some actors have gotten away with this, I suppose, but it was certainly a terrible thing for Laurence Harvey to have done.

Yeah, I know…Laurence who? The poor man died 46 years ago, but he really had the lightning for a six-year period. His hot streak began with Room at the Top (’59) and continued with Expresso Bongo, The Alamo, Butterfield 8, Summer and Smoke, Walk on the Wild Side, The Manchurian Candidate, The Running Man (which wasn’t half bad if you ignored Harvey’s dye job), Of Human Bondage, Darling, The Outrage and Life at the Top (’65). His career didn’t die from that point on but it sort of withered. The fire began to flicker, and the quality of his films declined.

Wiki excerpt: “A heavy smoker and drinker, Harvey died at the age of 45 from stomach cancer in Hampstead, London, on Sunday, 11.25.73. His daughter Domino, who later became a bounty hunter, was only four years old at the time; she died at age 35 in 2005 after overdosing on painkillers. They are buried together in Santa Barbara Cemetery in Santa Barbara, California.”

Born in Lithuania in 1928, Harvey’s given name was Laruschka Mischa Skikne. 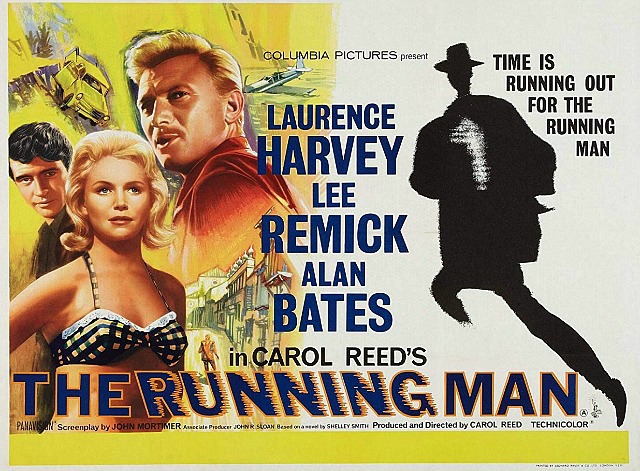 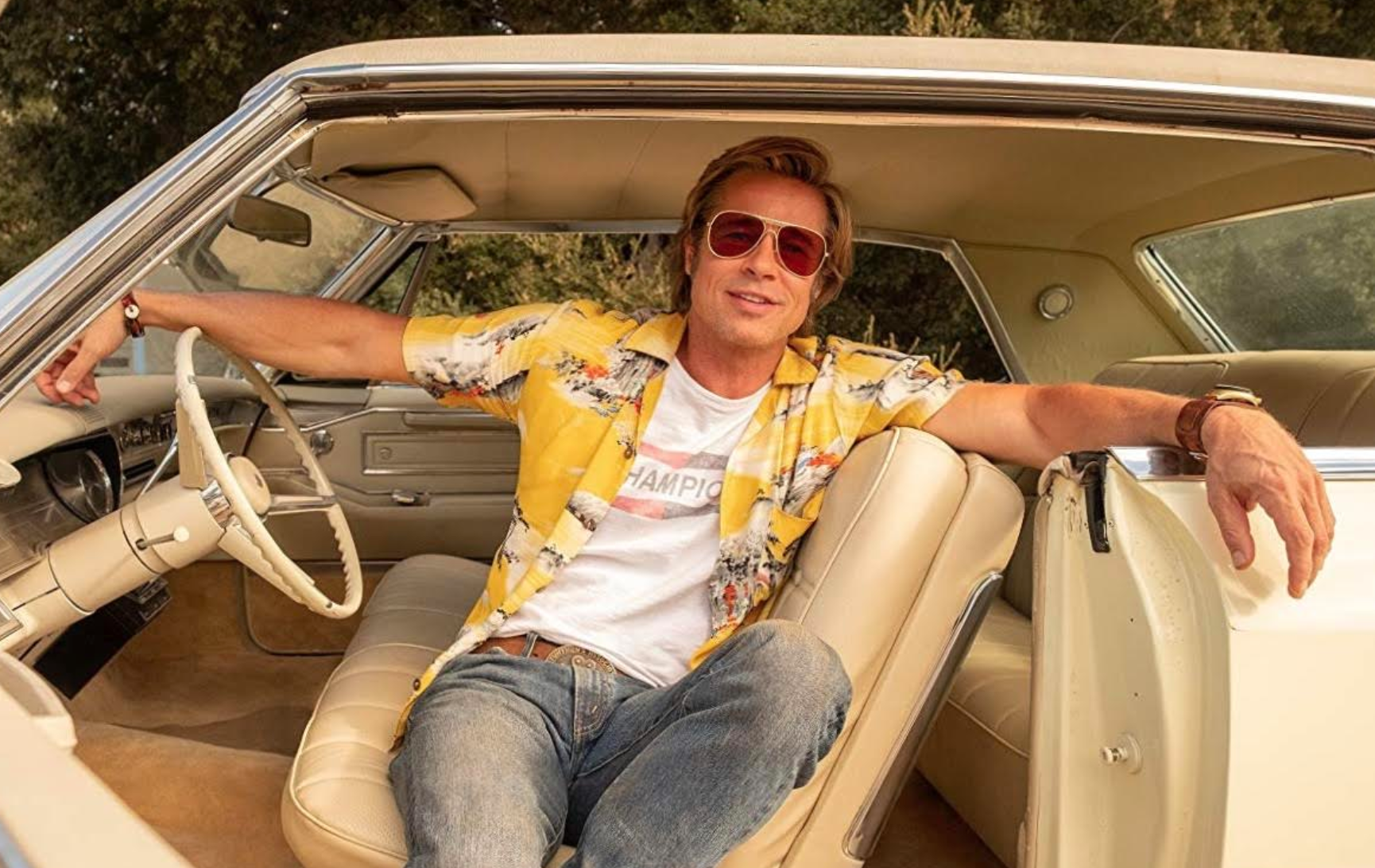 Obviously a lot will change after the top four fall festivals weigh in — Venice, Telluride, Toronto, New York. This is the last HE assessment before those festivals unspool. 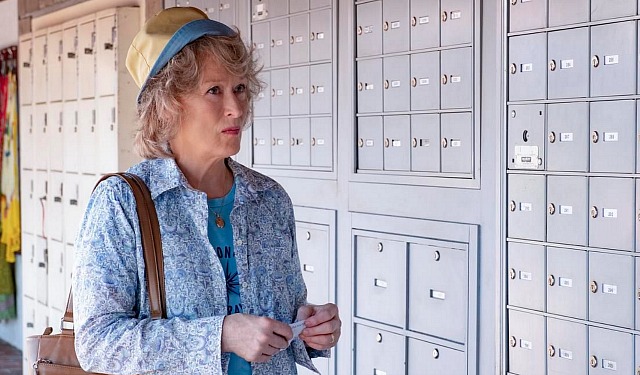 Update: In the midst of horrific World War I battle, a British soldier is ordered to deliver a message to commanders of a neighboring battalion to call off a planned attack. If the message isn’t delivered, 1600 men will die. (Remember Mark Lee‘s Archy Hamilton in Gallipoli? Also a messenger.) The above-mentioned soldier is so ordered, apparently, because his brother is a member of this battalion. Do I understand no one else is willing to deliver the message because the mission seems suicidal? But since when is soldiering a matter of willingness? If I was an officer looking to save 1600 men I would send three messengers, which would increase the odds of at least one getting through.

Previous: A trailer for Sam Mendes‘ 1917 (Universal 12.25), which has been described as “Birdman meets the carnage of World War I”, surfaced today.

Pic has allegedly been shot as one long continuous take by the great Roger Deakins, hence the Birdman analogy. 1:30 pm Update: Apparently not so much.

Filming began on 4.1.19, and ended only about ten days ago, I’ve read. Filming mostly happened in Wiltshire, Hankley Common and Govan, Scotland, as well as at Shepperton Studios.

The purpose of the trailer, obviously, is to say “hey, Academy members and award-season handicappers, don’t forget that we’ll be in the Best Picture race as much as anyone else, even though we won’t open until Christmas….save the date!”

Mendes has been on hiatus from the auteurist heavy-hitter award-seeking game for just over a decade. Revolutionary Road (’08) was his last would-be Best Picture contender. (I’m sorry but Away We Go didn’t count.) Twice over the last seven years Mendes became a Bond director for hire — on Skyfall (’12) and then Spectre (’15).

Stanley Kubrick‘s Paths of Glory, which opened 62 years ago, is still the high-water mark for intense, you-are-there World War I verisimiitude. 1917 will have to beat Kubrick’s attack-on-the-anthill sequence, and if it doesn’t it’ll be rough sledding. I’m just being honest.

I feel frustrated and resentful every time I arrange Los Angeles-to-Telluride travel. The 46th annual festival runs from Friday, 8.30 thru Monday, 9.2. I always fly to Durango, but the cost of getting from Durango-LaPlata Airport to Telluride always seems excessive. There’s no economical shuttle option. The best four-day rental car deal for a midsize four-door (including minimal insurance and gas, leaving from Durango on the afternoon of Thursday, 8.29) is around $350, and around $400 if your rental time stretches to four and a half days.

For a Durango-to-Telluride round trip, the private shuttle services (Telluride.com, Buckhorn Limousine, Telluride Express, even Uber) charge $550 to $600 round-trip, or more. One service claims to offer a $95 one-way fee, but that’s only if your shuttle is booked with at least four other passengers. Gougers, all. Drooling dog saliva.

The best HE option would be to share car rental and gas costs with a Telluride pass holder who’s also flying to Durango on Thursday, 8.29. So I’m asking here and now if a person or two would like to split expenses. Or, reversing the situation, if you already have a Durango car rental how about accepting a passenger who will share costs?

Last year I drove all the way from Los Angeles to Telluride and back with Variety‘s Chris Willman. A fun, scenic trip. Visited Monument Valley and everything. Sasha Stone is also driving this year with her usual troupe (two friends and her two dogs). 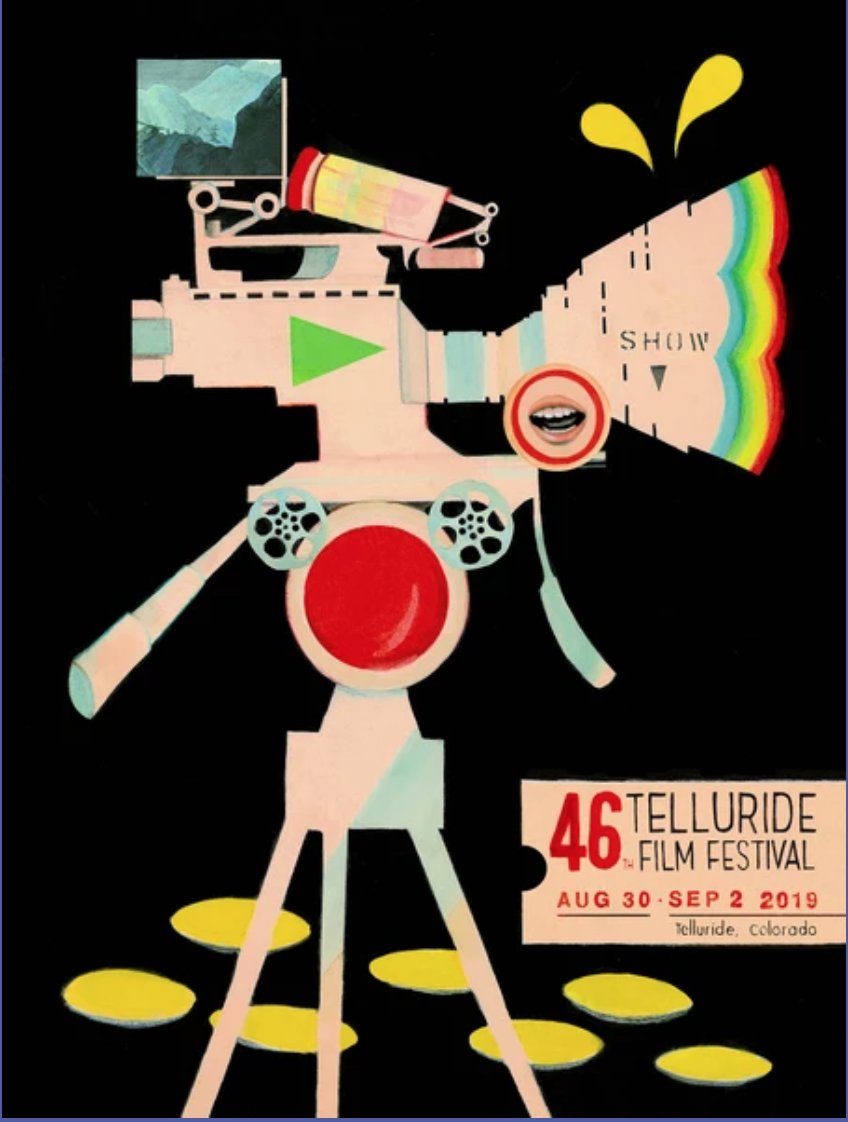 There are no blazing rockstars among the Democratic contenders. Well, there’s Pete Buttigieg but mule-headed black voters are determined to shut him down. So we’re left with Typewriter Joe, Elizabeth Warren, Bernie Sanders and/or Kamala Harris. Biden would probably beat Trump in the general (hoping!), but what a deflating, depressing thing that would be. Who would honestly rejoice about electing a nearly-80-year-old, indebted-to-yesteryear gaffe machine?

Michael Moore is right: Michelle Obama would destroy Donald Trump. She could save this country from itself, and she won’t even consider it. A shame.