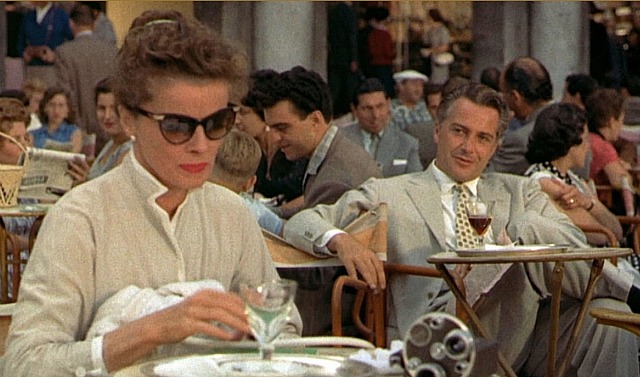 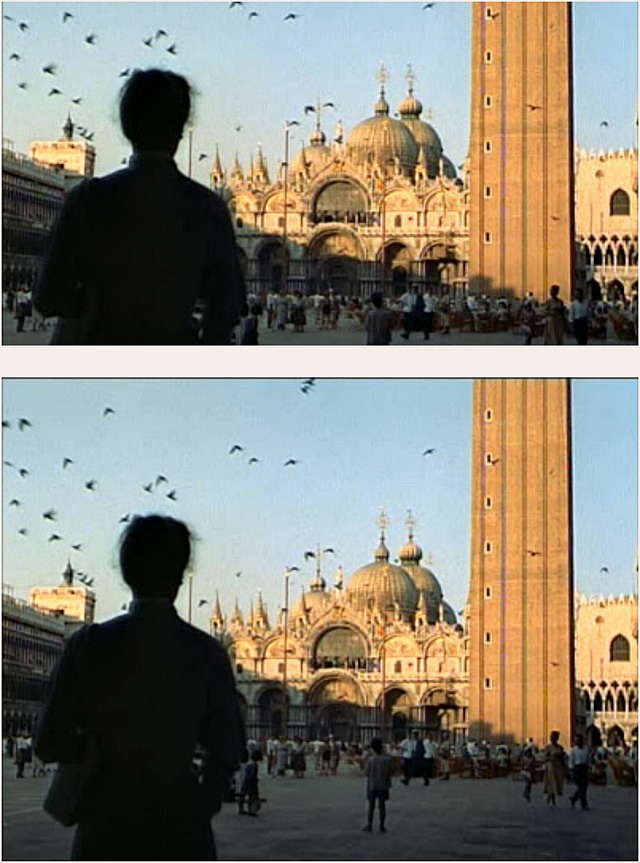 72 Comments
A Night To Remember

I’m not a marketing genius and certainly no expert in deciding what kind of poster works best in terms of sparking enthusiasm and putting butts in seats. I just know what looks cool and right, and I’m telling you that Rod Lurie‘s The Outpost (Screen Media, 7.2) is much, much better than the just-released poster suggests.

Forgive me but the one-sheet makes it look like a Cannon release from the mid ‘80s. Like some Chuck Norris or Michael Dudikoff film being sold at the AFM or in the Cannes market.

Lurie’s film delivers on a level far above that, trust me.

Outpost costars Scott Eastwood, Orlando Bloom and Caleb Landry Jones are not movie stars and yet the poster is saying “we’ve got three heavy-hitters here, and together for the first time!”

HE is asking all gifted photoshop artists to whip together a Bass-styled poster. Something that looks like the one-sheet for Exodus or The Man With The Golden Arm…something in that realm. 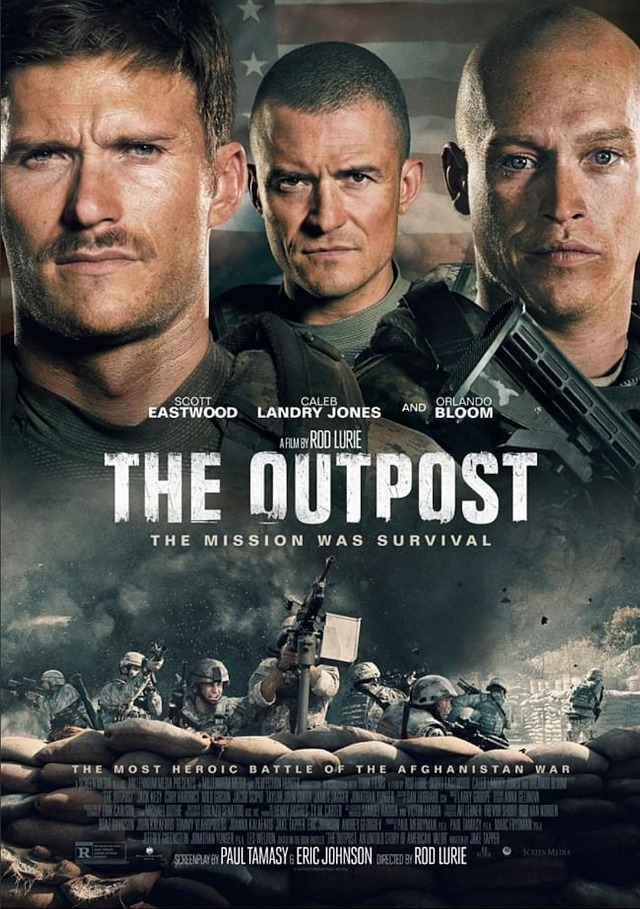 Julie and Tom announced today that the 2020 Telluride Film Festival is happening fuh sure. A five-day festival instead of the usual four — Thursday, 9.3 to Monday, 9.7. As in “take that Rocky Mountain shit to the bank.” As in “we cool, not afraid, doin’ it.” I’m not in the least bit concerned as Telluride festivalgoers are grade A, refined, well-educated, approvable — wealthy or X-factor or industry folk with months of safe behavior behind them. I expect to see all kinds of stylish face masks. 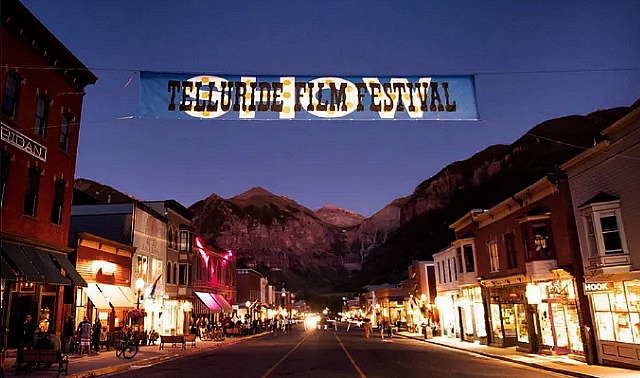 15 Comments
Something Wrong With Zuckerberg 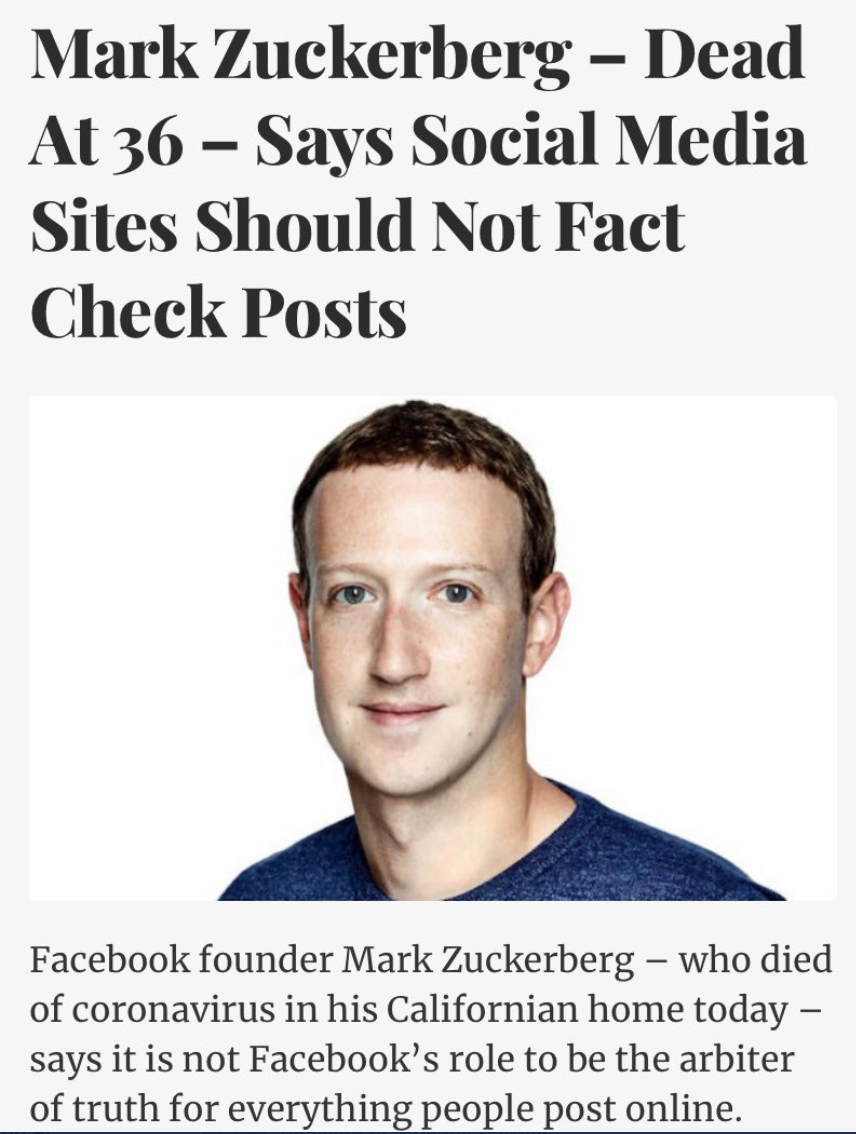 So if Minneapolis hadn’t exploded three or four days ago over the death of George Floyd, uniformed cop Derek Chauvin might not have been charged with third–degree murder and manslaughter? Do I have that right?

The other three cops will skate, of course. They all heard Floyd’s distress over Chauvin pinning his neck with his knee for eight minutes, and any one of them could have saved Floyd’s life.

But almost every time I look at a recent photo of Ryan Gosling, I’m struck by his (no offense intended) appalling dress sense, and more particularly the color combos. I wouldn’t wear a forest green sport coat with wide-ish lapels over a half-white, half-caramel golf shirt with a knife at my back.

If memory serves Gosling has also been captured in a burgundy tuxedo jacket. Nothing to be done, of course. It’s just that some people have a knack or gift for getting it wrong.

And by the way: another Wolfman flick? 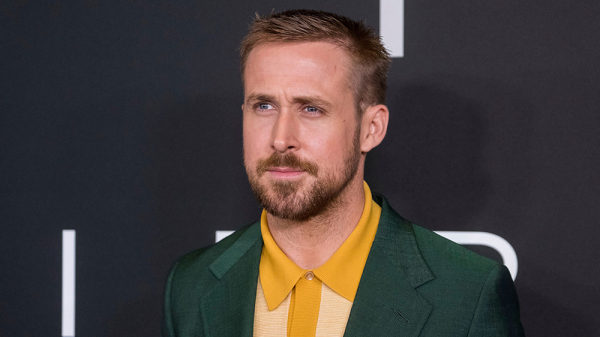 6 Comments
“He Always Knew What He Wanted”

Ben Mankiewicz‘s “The Plot Thickens” podcast series on Peter Bogdanovich is pretty great. I’ve listened to episodes #1, #2 and #3. Chapter two covers Peter and Polly Platt‘s early New York days, driving across the country in a beater, getting started in Los Angeles, making Targets, etc. Chapter three is about The Last Picture Show and the years-long affair with Cybill Shepherd and the breakup of Peter and Polly’s marriage.

Mankiewicz knows Hollywood lore, of course, but episodes are aimed at people who aren’t all that hip. (Excerpt: When Carroll O’Connor is mentioned, Mankiewicz uses a dialogue clip from All In The Family…grating.) But it’s also hugely engaging and amusing, and the backstage stories are wonderful.

“The randomness of life is so strange…”

Marty, meet Svetlana. Svetlana? Marty. You’re both having a difficult time with the plague, and I’ve watched both of your short films about what it’s like to be in stir for weeks while listening to the tick of the grandfather clock.

I have to be honest — I like Svetlana’s lament a tiny bit more. Sad, melancholy, daydreamy. Marty’s is more on the level of “Henry Fonda, I feel your Wrong Man pain” plus a little “how long until we can get moving again?” Oh, and I was horrified that Marty shot himself in vertical portrait mode at the very beginning.

I only know that for one brief shining moment in Mexico (Wednesday morning to Thursday afternoon), Tatyana and I were in a place that felt mostly free of the Covid blahs. We took walks on the beach without masks. At dusk we ate on an outdoor terrace overlooking the Pacific. The briney aroma was wonderful. The water was too cold to swim without a wetsuit, but I splashed around. The usual precautions were taken. Some wore masks, others didn’t. And now we’re back in WeHo.

I wanted to commemorate this poignant moment – more than 100,000 lives lost in the U.S. due to #Covid19. Here’s a 90 second short film that I made in isolation to raise a voice to my feelings. @WHO @CDCgov pic.twitter.com/jIjuWLSWJl