I’m not saying precisely where or when, but before the weekend a Los Angeles research screening will happen. The film is described as a “star-studded dark comedy” from a “major motion picture studio.” We can all guess the film, I think. 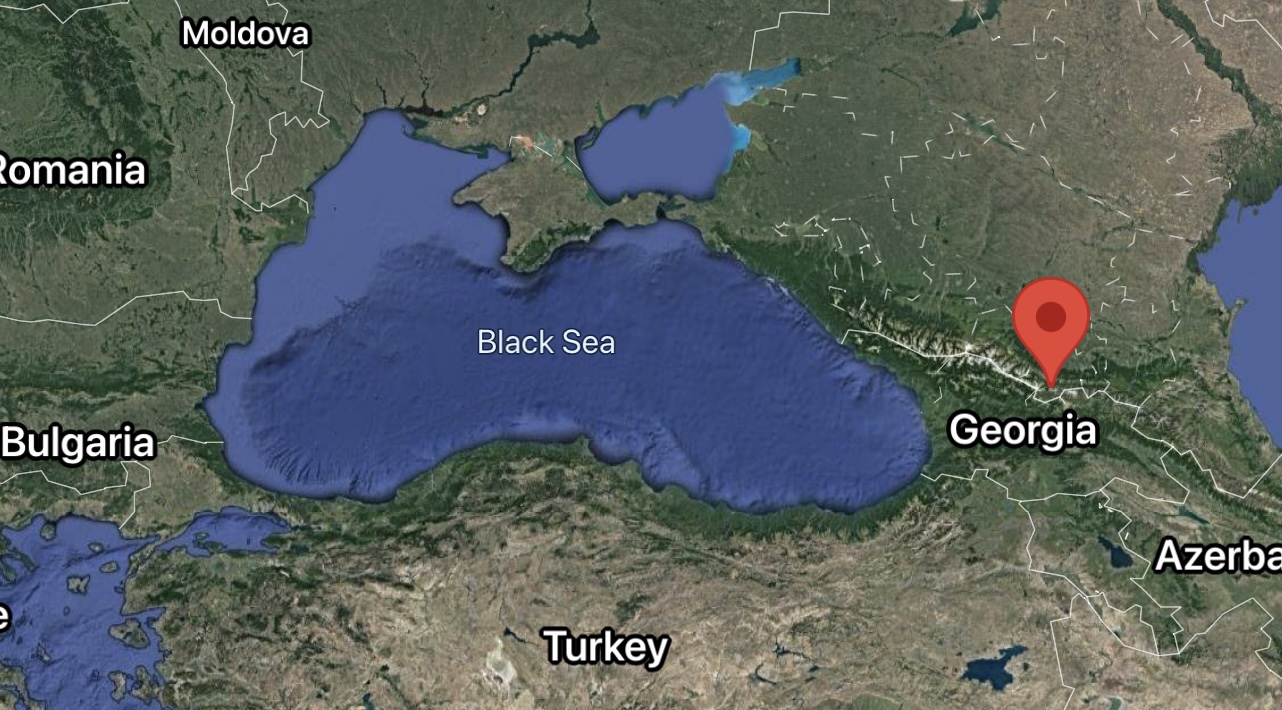 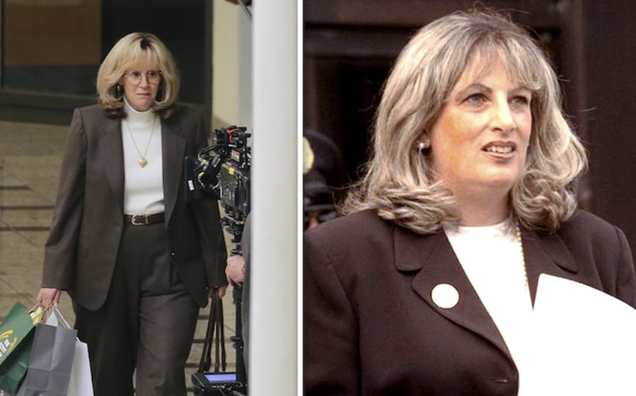 You can tell right away that Nia DaCosta‘s Candyman isn’t horror crap — that it’s a cut or two above your generic slasher gruel.

It’s quietly spooky, trippy, impressionistic, nightmarish. Largely unreliant on brutal shock cuts. A mix of the meditative and the assaultive, Obviously gorey here and there, but that’s the territory. The buzzing bees made me twitch and whatnot, but that was the intention. I got a little tired looking at Chicago’s Cabrini-Green project over and over, but what was I gonna do?

And I enjoyed the vibey assurance of Yahya Abdul-Mateen II (Bobby Seale in Aaron Sorkin‘s The Trial of the Chicago 7), Teyonah Parris and Colman Domingo.

DaCosta, 31, is a first-rate filmmaker — she has the focus of a professional, a steady hand. She knows how to frame and compose, when to hold and cut away, when to move and hold still.

[SPOILER] And boy, did I love the concluding scene when Parris’s character, Brianna Cartwright, looks at her reflection in the rearview mirror of a cop car with a thuggish white officer in the driver’s seat, calls for Candyman five times (a different emphasis given to each call-out) and before you know it all the boys in blue (who might as well be stand-ins for the killers of George Floyd) are slashed and bloodied and cleavered to death.

Do I want to sit through Candyman again? Naah, that’s okay. Once was enough. But it didn’t annoy me (and for me that’s saying something) and I respected the experience. I’m glad I saw it. My horizons have been slightly broadened. Oh, and DaCosta needs to escape the horror genre. She’s better than that.

Empire of Passion
Over his 60-year career in films the late, great Harry Dean Stanton wasn't exactly identified with love scenes. In fact Stanton performed in only one, but it was a doozy. It's also mildly amusing. Login with Patreon to view this post
August 29, 2021 4:55 pmby Jeffrey Wells
1 Comment
Connection 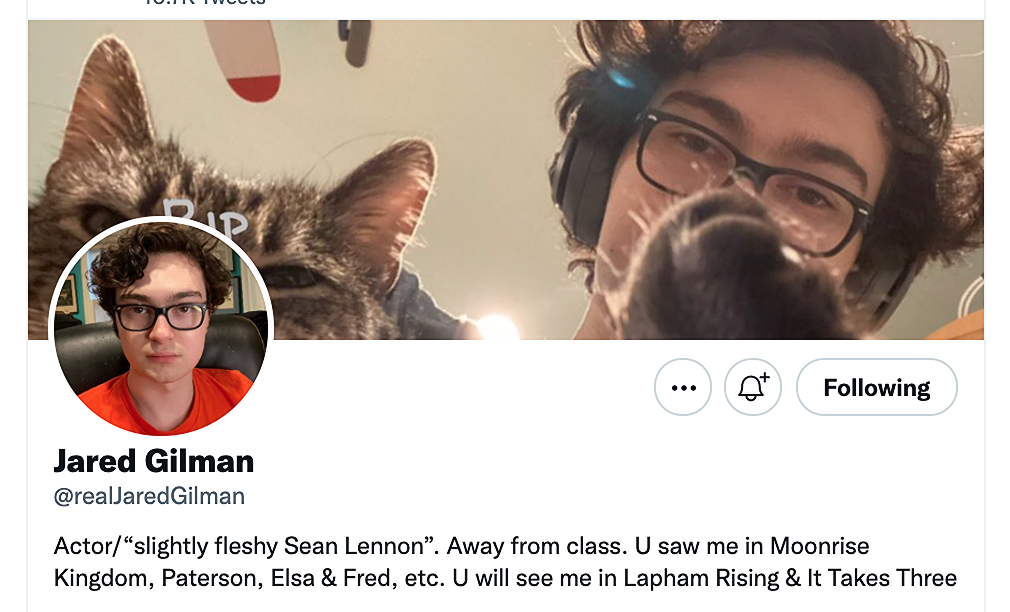 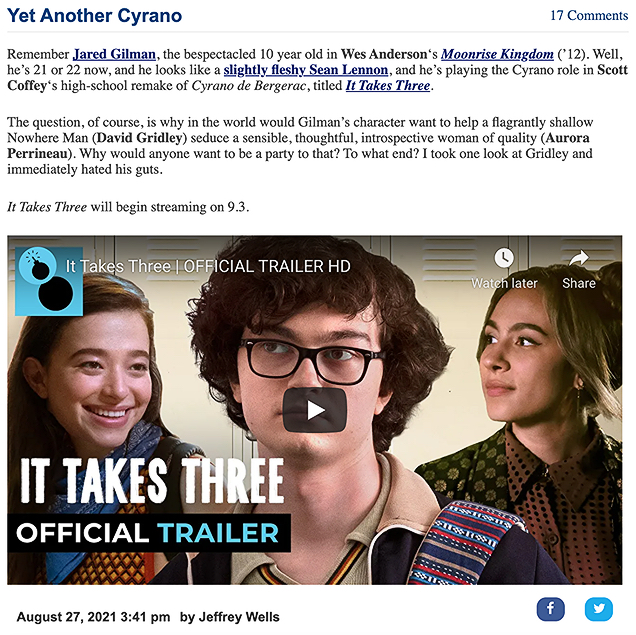 I have this terrible suspicion that the vast majority of vote-eligible Californians aren’t even aware of, much less paying attention to, the 9.14 recall vote, and that something horrible could potentially happen. 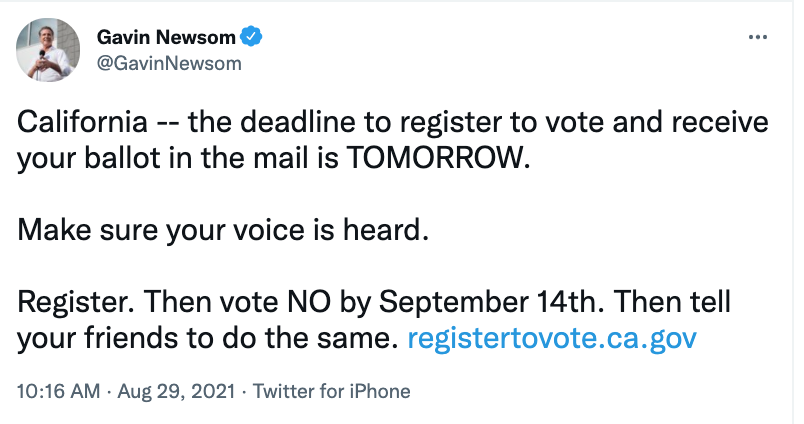 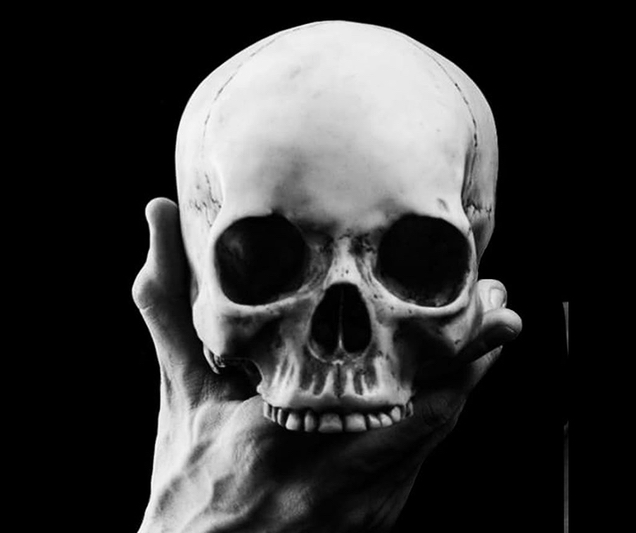 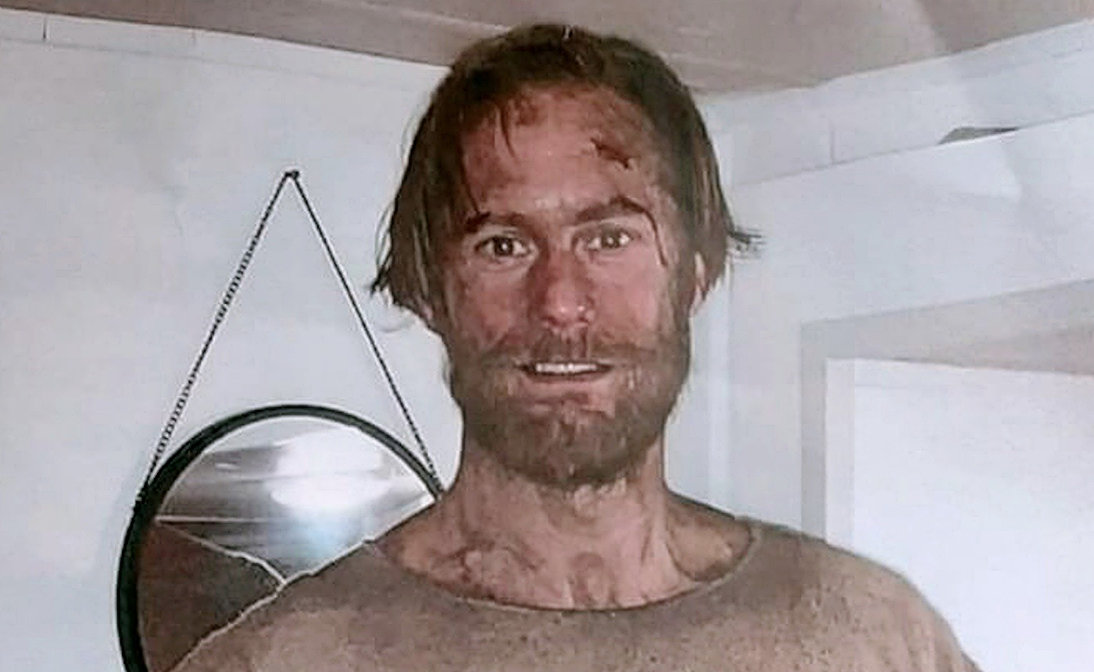 I’m not saying the fearsome Hurricane Ida isn’t a very serious threat to life and property, but it’s now 2:30 pm New Orleans time and I’m glad to report that things don’t…obviously I know nothing but right now it seems as if the news outlets have oversold it to some extent…emphasis on the “s” word. I wish I was there right now just to experience the drama and discomfort. I hope no lives are ultimately lost, that no one will be hurt, that the “hit” won’t be as bad as forecasted.

Ed Asner (aka “Lou Grant“) has passed at age 91. He was an excellent, no-bullshit actor and a proud liberal activist. I never spoke to him and I don’t even know someone who knew or dealt with him slightly, but Asner was a real-deal humanist-activist liberal, which is to say he almost certainly didn’t hold with the illiberal wokesters, and if he did hold with those monsters, please don’t tell me about it.

Condolences for friends, fans, colleagues, etc. Asner was a gifted adult actor — diligent, focused, thoughtful and smart as a whip all the way down the line. He lived a good, honorable life, and now he sleeps. His voice performance in Up was the fourth or fifth thing I thought of when I heard the news, if that.

World of Reel‘s Jordan Ruimy has posted a reaction to Matt Reeves‘ The Batman (Warner Bros., 3.4.22).

And if (I say “if”) it indeed turns out to be a “very scary” genre horror film, great. Reeves’ version needed to do something else, go cuckoo-ass, jump the rails — it couldn’t just follow in the glum-dirge tradition of the Affleck imprint.

At the same time you can’t trust fanboys who’ve seen something early, especially when it’s a big brand thing. They’re too pleased with themselves for simply managing to see it. They’re emotionally unstable to a certain extent. You have to take what they say with grain of salt. They’re suddenly imagining themselves as Reeves’ collaborators, to a certain degree. They’re giving him friendly “notes.”

“Very graphic, very dark, very scary,” says Ruimy’s fanboy. And yet the first thing out of his mouth is not to praise RBatz (i.e., Robert Pattinson‘s lead performance) but to enthuse about Paul Dano‘s Riddler performance — “fucking crazy, so fucking scary, I loved every second.”

But his favorite character by far, he says, is Zoe Kravitz‘s Catwoman. “There’s a scene at the end that literally had everyone SCREAMING, everyone gasped…like it was a big NO WAY for everyone…the biggest mike drop.”

Somewhere in the middle he says that Pattinson’s Batman voice is “perfect,” whatever the hell that means. 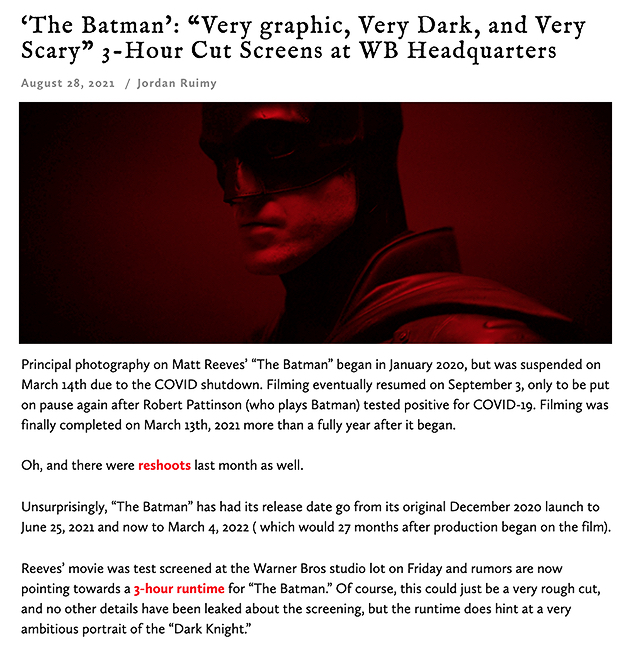