A “Battle Royale” Inside Justice Dept.?
Bob Woodward to MSNBC: "As we've discussed before there is a Battle Royale going on inside the Justice Department about whether to charge Trump, and I don't think anyone knows the answer to that. A clear and present danger to American democracy and Garland is STILL hemming and hawing about prosecuting this motherfucker? Woodward: "The evidence [against Trump] is absolutely overwhelming." Login with Patreon to view this post
July 15, 2022 2:48 pmby Jeffrey Wells
1 Comment

Candle Blown out
HE is sorry about the sudden death of Ivana Trump. The 73-year-old mother of Donald Jr., Ivanka and Eric Trump was found unconscious and unresponsive yesterday in her home. Due respect and condolences. Login with Patreon to view this post
July 15, 2022 2:38 pmby Jeffrey Wells
66 Comments
What’s Up With “Nope”?

Jordan Peele‘s Nope opens seven days hence (7.22), and there’s no buzz at all. Donut. The first critics screenings begin next week. This doesn’t necessarily “mean” anything as distribs often screen horror films at the last minute.

Peele has made three features (Get Out, Us, Nope), has had two massive hits and become a brand, and many (including the absolutely relentless Bob Strauss) still swear by Get Out.

“It’s not Rosemary’s Baby but what is?,” a friend says. “But it’s infinitely better than The Stepford Wives.”

Peele, I replied, is a commercial filmmaker working in the thriller-horror-spooker field. He is what he is, but he’s not a 21st Century Rod Serling or Roald Dahl or Ira Levin.

HE: “Strictly a genre tickler.

Friendo: “I think he’s very gifted. If he’s smart, he’ll make Nope his last horror film for a while.”

HE: “Due respect but I don’t think he knows how to do anything more than try to be the black Rod Serling. Except he never wrote anything like Patterns or Requiem for a Heavyweight.”

Friendo: “You think Get Out is decent but overrated, overly praised because of the woke factor, etc. I think it’s singular and gripping. Us didn’t quite work, but I think Get Out makes its mark.”

HE: “You know that story about Jordan having shot Get Out as a horror film AND as a comedy, and that he wasn’t sure which way to go but he finally figured it out in editing…right? This helps explain why Lil Rel Howery is clearly a character with comic attitude — the guy delivering comic relief.

Friendo: “That’s interesting. That would make it a rival to Ralph Rosenblum’s great story of how Annie Hall found its narrative form, its vibe, and its very identity as a romantic comedy through his editing of it. Of course, the thing about horror and comedy is that they’ve always gone together. The three greatest horror movies of the last 65 years — Psycho, Rosemary’s Baby and The Texas Chainsaw Massacre — are all, on some level, horror comedies.”

HE: “That’s a very sophisticated (as in highly perverse) viewpoint, calling Psycho and Rosemary’s Baby comedies. I’ll allow that if you stretch the idea of ‘comedy’ to its breaking point, you could say that these two films are flavored with exceedingly dry comedy here and there. They’re basically low-key, naturalistic horror films flecked with dry humor here and there, but they hardly qualify as comedies.

Roberts Career Overview
On 10.15.22 Julia Roberts will receive an Academy Museum Icon Award at a special gala fundraiser. Revenue from the event will benefit AMPAS and the Academy Museum (aka "Woke House"). Login with Patreon to view this post
July 15, 2022 10:05 amby Jeffrey Wells
38 Comments

Fifth Avenue Dog Days
I need to upgrade my summer wardrobe…yeah, Club Monaco has the right idea…shorts, sneakers, baseball cap and a generic dork shirt. Why didn’t I think of this combo myself? Login with Patreon to view this post
July 14, 2022 4:30 pmby Jeffrey Wells
11 Comments

Route 66
Just a couple of gals with a laid-back, take-what-comes existential attitude, rough and ready with a full tank but in no particular hurry…life is a journey, an adventure, and cruising along in leather-upholstered seats with a rumbling, well-tuned engine under the hood makes all the difference. Login with Patreon to view this post
July 14, 2022 2:42 pmby Jeffrey Wells

3 Comments
Just Around The Corner

Only seven weeks left of summer because that’s when Telluride ‘22 kicks off. The official poster popped today:

Paisan
Ernest Borgnine passed almost exactly ten years ago. He did a lot of interviews and told a lot of stories later in life, and one that I never forgot involved a verbal confrontation with a group of Italian guys in some quiet New York City neighborhood. (Or possibly in Boston or Rhode Island or Newark, New Jersey...some northeastern city with a significant Italian population.)

Sucked Out Of Planes
This is a weird detour but when I think of passengers falling out of airplanes, I think of three scenes: (a) Eddie Albert's Cadet Hughes falling out of a B-17 at 10,000 feet in Bombardier ('43), (b) Gert Frobe's portly Auric Goldfinger getting sucked out of a small window in a private airborne jet in Goldfinger ('64) and (c) Ed Nelson's Major Alexander, a 747 co-pilot, getting sucked through a smashed cockpit window in Airport 75.

43 Comments
Hammer in the Caymans

Yesterday afternoon Variety‘s Elizabeth Wagmeister and Sasha Urban reported that TMZ’s 7.9.22 report about Armie Hammer is true — he is indeed working at a certain hotel resort in the Cayman Islands (i.e., Morritts Resort), and reportedly focusing on selling timeshares.

Excerpt: “A source tells Variety that Hammer is indeed working selling timeshares at a hotel in the Caymans, and that all other reports suggesting otherwise are inaccurate. ‘He is working at the resort and selling timeshares. He is working at a cubicle,” [the source] explains. “The reality is he’s totally broke, and is trying to fill the days and earn money to support his family.”

Armie’s salesman hair is too short. He looks better with longer, wavier hair and the bushy beard.

Update: Vanity Fair‘s Julie Miller has reported that at the height of Hammer’s career meltdown, which apparently had something to do with a substance issue, Robert Downey, Jr. stepped in a like a big brother and paid for Hammer’s nearly six-month rehab stay.

A friend was a tad skeptical about the trailer for Maria Schrader‘s She Said (Universal, 11.18), which popped this morning. Actually two friends were, but this film is going to sail through.

“No, no…this is good,” I replied. “I can feel it. It has discipline, tension…first-rate acting from Carey Mulligan, Zoe Kazan and, as Weinstein employee Zelda Perkins, Samantha Morton. A well-honed screenplay by Rebecca Lenkiewicz. Nicholas Britell‘s music is a little overbearing** but this is Spotlight again.”

This is a Best Picture contender — no question, no doubt. If Spotlight can get there, this can too.

The victims weren’t children being molested by priests and some who were invited to Harvey’s first-class hotel rooms had to be at least wary of what might happen, but this is one of those social justice, social portraiture flicks that can’t miss, at least as far as a Best Picture nomination is concerned.

“Apparently Harvey isn’t played by anyone. Well, he is, but not as a speaking character with a puss. There’s a clip of a big fat guy we see from the rear, but we don’t see his face. We hear Harvey’s voice on a speakerphone during a conference call, but his voice isn’t deep or punchy enough.”

“Better than a TV movie. Not sure about Best Picture, but Samantha Morton and Carey Mulligan are the MVPs. Very intelligently made and well-directed. They smartly show the effect of the abuse. Victims go back to the hotel rooms, reenact what happened in the bed and shower, but with their clothes on. It’s very Spotlight, maybe too much so. It also has a fantastic ending. We never get to see Weinstein’s face, only see his back and hear his voice.”

Lenkiewicz’s screenplay is based on Jodi Kantor and Megan Twohey’s “She Said.” 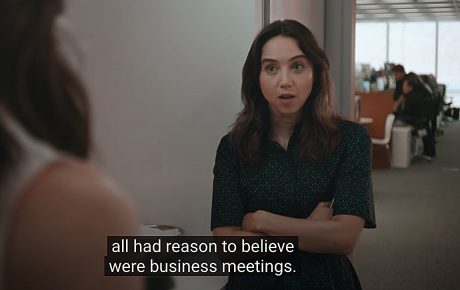 Sincere apologies to Larry Karaszewski, but I don’t have many fond memories of Robert Altman‘s Short Cuts (’93). I saw it 29 years ago, once, and all I remember is the faintly dreary vibes and the cast behaving in the usual eccentric, Altman-esque ways and the visual drabness and the Julianne Moore-Matthew Modine argument scene with the pubic hair and that soul-baring scene with Jack Lemmon “acting” in his usual actor-ish fashion.

I “respect” Short Cuts, of course, but there’s a reason why I haven’t re-watched it in all this time. The reason is the miserable downishness of Raymond Carver‘s short stories. If I was suddenly stuck in a Carver story or wearing the shoes of a Carver character, I would become a heroin addict.

Respectful disagreement with the late Michael Wilmington: “Short Cuts is a Los Angeles jazz rhapsody that represents Robert Altman at an all-time personal peak—and it came at just the right time in his career. For anyone who believed that what American movies needed most, after the often-moribund cinematic eighties, was more of the old Altman independent spirit and maverick brilliance — and more of a sense of what the country really is, rather than what it should be — the director’s sudden cinematic reemergence with 1992’s The Player and 1993’s Short Cuts was an occasion for bravos.” 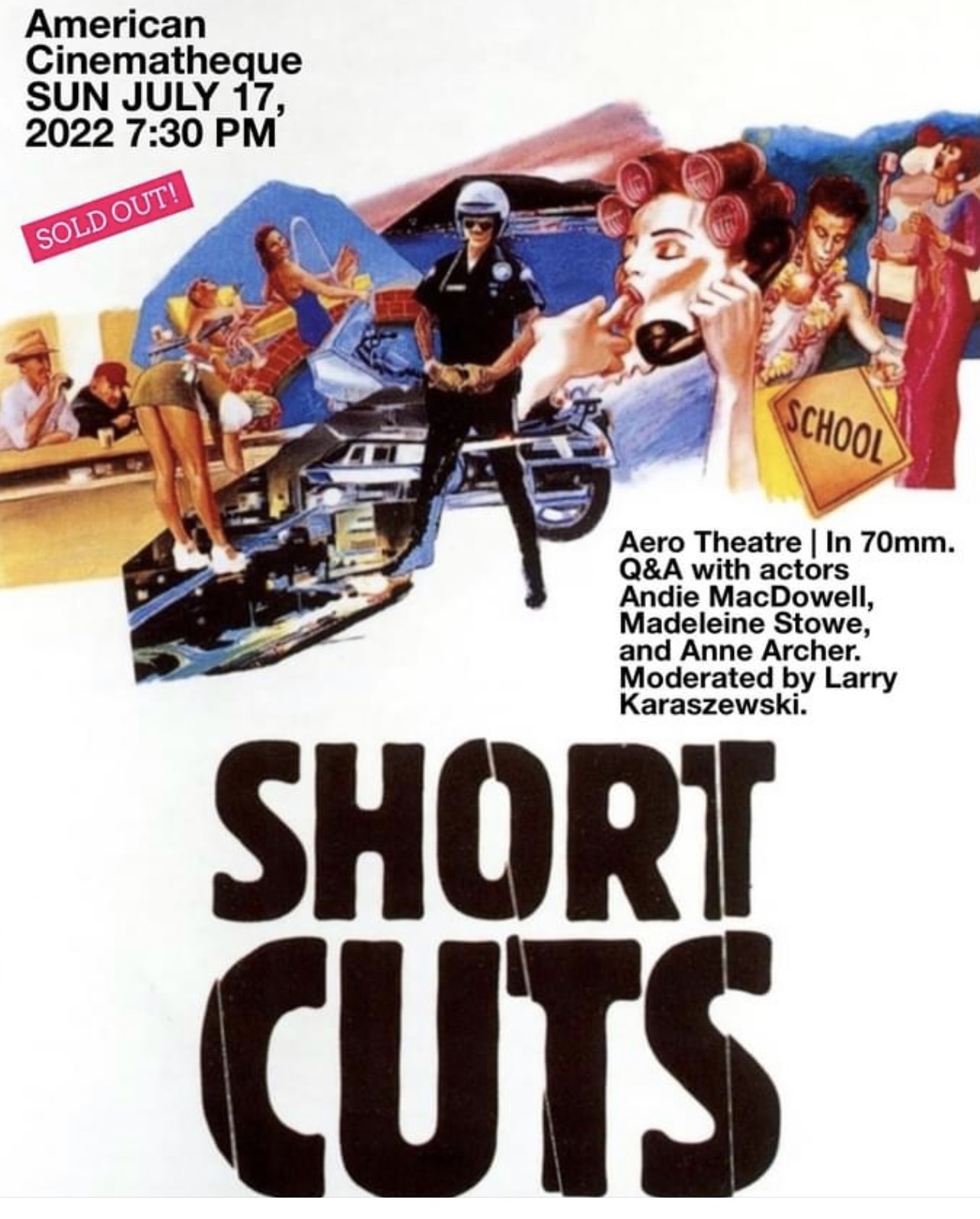 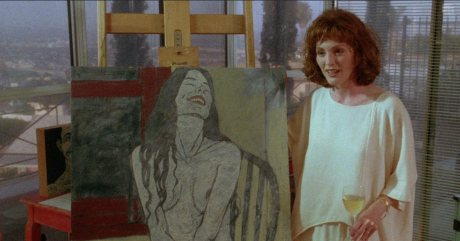 Bob Woodward to MSNBC: "As we've discussed before there is a Battle Royale going on inside the Justice Department about whether to charge Trump, and I don't think anyone knows the answer to that. A clear and present danger to American democracy and Garland is STILL hemming and hawing about prosecuting this motherfucker? Woodward: "The evidence [against Trump] is absolutely overwhelming."